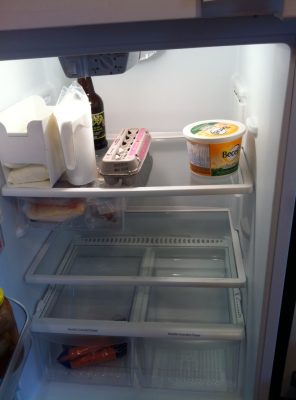 If I asked you how you knew your god loved you… you would say because your god gave you an easy life. And I would know everything anyone needs to know about you: you are worthless. You value having higher than earning.

That sounds really good, but the truth value of that statement is just 10%… 90% of the whole truth is missing.

An accurate, higher truth value statement would be: to get what you want, you need to appropriate 4 what you want. Make it yours, so you can work with it… 60% truth value.

I know, some other articles I have said “earn” what you want… 30% truth value.

Humans, you, would have to appropriate beingness to have the right to call yourself a human being… you aren’t. Talking about beingness isn’t… just like talking about flying isn’t…

But beingness is also outside of the agenda of this article: the agenda is to talk about what is yours and what isn’t. What you can work with, what you can use, what knowledge you can connect the dots in…

What you appropriated, what is truly yours, is what you have. 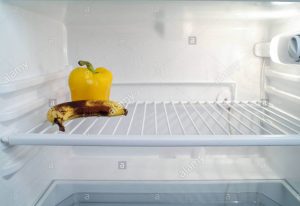 Let’s use Tai Lopez’s kitchen example: if you go to the market and see some yummy veggies, and meats and this and that, you cannot go home and make dinner with it, unless you bought it. The impression of it, the seeing of it doesn’t make it yours.

This is so ubiquitous, this is the water you swim in. You cannot see it, because you are… you are normal.

A normal human, child or adult, fancies themselves a spiritual being having a human experience.

“Only lower creatures have to learn…” “I can just go within and have everything…” you cry, and you are, meh, stupid.

Occasionally I have the opportunity to force someone to do the work of appropriating my teaching.

I use the word appropriate, and the dictionary meaning: take (something) for your own use, typically without the owner’s permission. Take, become the owner of it. Buy. steal. Rob… LEARN. Make it yours.

I started to listen to that music on Thursday… Thanksgiving day, three days ago.

I have danced to, I listened to it, all 60 MB of it, five times by now. I can sing most of the songs, and I find myself doing it… even though I am still in the appropriation phase with them.

I cried at some songs, loved some songs, grooved with some songs… I am starting to make them mine, I am in the process of becoming the owner.

Do I have to? No. Do I want to? No. But Source has meant for me to learn something, and I don’t say NO to Source.

I spent most of last night with a mental activity that I would call torturous… 30% sleeping, 70% torture… until the moment I got what I needed to get… It took me a long time… the teaching came without words, without explanation, I had to work for it… which is, surprise!, torturous. Always. No exception.

Learning re-arranges your brain cells… do you think that feels good? hell no! Maybe that is why humans don’t do it! 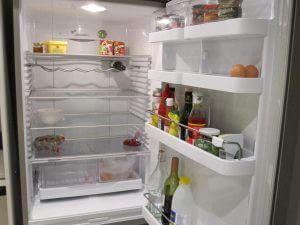 Torture is the price you pay to own something… to have ingredients in your kitchen to cook with.

The torture part of the night was to show me that in order to own the music, I have to be able to reproduce the music. Create an authentic copy of it that I can put into my brain. Then only will I have it. Then only I can slice it, and dice it, and recombine it… but not until then.

It took me four whole hours of torture until I got it… Then came the second lesson… a thin flimsy piece of silk fabric is a poor copy of hefty, think, silk fabric… and knowing a few words/notes from a song is the same… not an authentic copy of the original. You have something, but not what was to have. Maybe, in kitchen terms, a photo of some yummy vegetables… but not the vegetables themselves.

All taught by Source… while I really just wanted to sleep…

This second part I got in mere minutes… And then I was allowed to sleep. But by then I didn’t want to. I wanted to tell you what I just learned… so I got up, and here I am writing this article, even though I slept only a few hours.

I have been having chronic pain in my right knee and my left wrist, making it nearly impossible to sleep.

Not enough physical cause to suffer from it… and yet I have been suffering.

Last night, part of my torture session with Source included that song and the pain… First I felt forced to get up in the middle of the night, because sleep felt impossible. 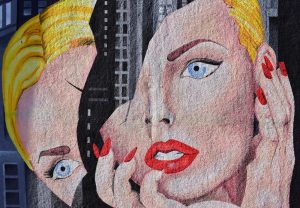 But then I considered that they could be, maybe, potentially, my words. And then I used them to let go of the fear of becoming a cripple, of thinking that the pain means something, that I will never get well, and guess what, the pain, 90% of it, went away. 5

But only when I owned the words, “let it go”. When the words became mine.

Some 33 years ago, in 1985, I did my first “Landmark Education” program, the Communication Workshop. In Hebrew.

The language of the course wasn’t ordinary, everyday language… you don’t want to use ordinary language when you are attempting to communicate the invisible realm of reality.

My Hebrew was passable, by that time I had spent three years in Israel… but it took me till the third day to understand a full sentence.

I was so excited, that I raised my hand. I was called upon, and I was gushing that I understood my first sentence. And started to repeat it…

The course leader said: Sit down…

At first I cried (for hours) but something got communicated I can only identify NOW with 20/20 hindsight:

It takes a lot more than understanding to GET something. GET implies: it is now mine. I can slice it, dice it, cook with it, or use it as I see fit. Mine…

From that point on, August 1985, I didn’t get satisfied with understanding. I worked, tortured myself, until every single bit of everything became an ingredient in my kitchen.

Many of you are probably faster, smarter, than me. I am slow.

But that smartness, that quickness is your undoing.

You will never amount to anything if you don’t go through the torture, if you stop at understanding.

And many of you are slower than me… And you nod, but there is not even understanding there.

And you, unless you fill up your kitchen with ingredients, will always live in the Valley of the Shadow of Death…

If you nodded to impress others… your emphasis of “needing to meet the expectation of others” renders you a puppet… owning nothing, being able to cook nothing.

I have been forcing some of my students with threats. Giving them ultimatums. Especially the ones that have responded before to being removed, fired, from other programs before.

Some people respond to their inner needs. One half percent of humanity. One out of 200. I have two of those in my “school”.

The rest need outside force…

I benefit from both.

In 1988 I was assigned to be the next Seminar Phone Team leader in the New Jersey Center of Landmark Education. The team’s job was to fill the graduate seminars… call graduates of the Forum and “sell them” on doing a 10-session seminar. One day a week… Seven days, seven teams, five people per team, including the leader.

My job was to recruit leaders and phoners to my team. 35 people.

I didn’t know how to cause the leaders to fill their teams… If it were today: I still don’t know… It is my weakest skill… Causing causing, I call the skill I don’t have…

The Landmark Center Manager, called me into her office to fire me.

I looked at her, and said, audacious, I know: YOU cannot fire me from MY job. YOU can only fire me from YOUR job…

I stood up and went to call some people.

As far as I was concerned, I still had the job… because it was MINE.

And that is what I am talking about: unless you make things yours, your job, your spiritual practice, owning what runs you, the distinctions, you can be fired by life… from your empty kitchen.

You can be a master chef with godlike ability to make good food, but without ingredients you’ll amount to nothing. 6

And that is all you need to know about how life is, the Nature of Reality.

2 thoughts on “The empty pantry and the master chef”