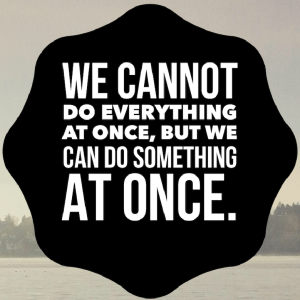 You have to have vision… you read it in memes, in articles, but you don’t know what vision is, so how can you have it, right?

I have students, friends, who think they have vision for themselves, but what they have is the desire trap syndrome: they see pieces of the future that they want. They can walk around in it, enjoy it, embellish it, feel it, dream about it. Fly the private jet to have breakfast in Bombay, or drink margaritas on the pristine white sands of some private island. 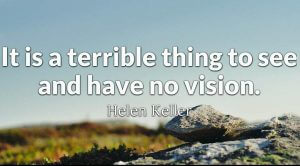 When I ask them about how they got there, they have a vague notion…

This morning, in the Monday Morning Memo, I read about two people’s vision. Roy Williams calls it Master Plan… Read what he wrote, and try to find the fundamental difference between those master plans and the desire trap visions of my friends.

Use my request: find what is the fundamental difference, as the filter. By the way, I truncate the text… I am interested in triggering something in you… You can read the original Monday Morning Memo here

1967 – A little boy leaned on his elbows in front of a black-and-white TV in Broken Arrow, Oklahoma, unaware that Walt Disney was dead.

How could he be dead? I was watching him on TV.

Looking right into my eyes, Walt told me about his purchase of 43 square miles of Central Florida, an area twice the size of the island of Manhattan, and his plan to build there an Experimental Prototype Community of Tomorrow (EPCOT.)

He was standing in a Hollywood film studio in front of a floor-to-ceiling map of his Florida project when he said,

“Welcome to a little bit of Florida here in California. This is where the early planning is taking place for our so-called Disney World Project. Now, the purpose of this film is to bring you up to date about some of the plans for Disney World.”

A little later, he said,

“The sketches and plans you will see today are simply a starting point, our first overall thinking about Disney World. Everything in this room may change time and time again as we move ahead, but the basic philosophy of what we’re planning for Disney World is going to remain very much as it is right now…”

That was the part I never forgot: Walt Disney knew his plan would evolve into something different than he imagined. 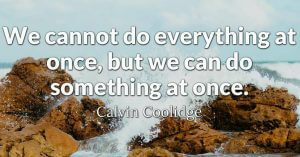 Eighteen years ago Princess Pennie decided to buy some land and build a non-profit school for entrepreneurs, storytellers, and educators. We knew it would have a classroom tower with a library mezzanine and on-campus housing so that students wouldn’t have to sleep in hotel rooms.

Everything else was an afterthought.

Chapel Dulcinea… The Crowded Barrel whiskey distillery.* And we could never have dreamed that Wizard Academy’s YouTube channel, The Whiskey Vault, would become the #1 whiskey-review channel on earth.

We couldn’t have imagined it because streaming, online video did not exist in the year 2000.

And now the Rocinante gym….

And of course we’ll be starting The House of the Lost Boys – your third student mansion – as soon as the gym is complete, probably in about 60 days.

OK, you read it… Did you track the fundamental difference?

There were actually two: 1. the master plan, Walt Disney’s and Roy Williams’ didn’t focus on what they will have, the master plan focused on what will be available in the world for others… 2. What they will personally benefit was a side-effect, just as I say in this article: Your state of mind, your happiness, your jet plane, your private island are not the goals of your activity, they are the side effects. 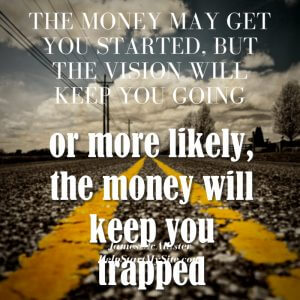 In desire trap, the order is reversed, and your desire cannot be fulfilled… because it has no reality in the world… it is the side effect of nothing.

I have been supposedly studying the art of selling, and in that art the seller talks to the desire trap of the potential buyer, talking to that fire in the belly, that desire to receive for the self alone… and sells through that.

You will have the private jet, the billions in the bank, the pristine sand of your own private beach…

No, none of that. That is not sexy, it doesn’t sell.

What are the hallmarks of people who can’t/won’t develop a master plan for their future?

Ultimately, Symptom #1 is the consequence of the other symptoms, but when I just need one measurement, that is sufficient for me to tell:

you have NO BRIDGE between your desires and where you are at now. No knowledge, no skills, or no willingness, no energy to do.

A number of years ago, maybe five? I was selling my Sleep Rescue Remedy on Amazon. It was selling like hotcakes… and I could see where it was heading: it was going to make me rich. I fell flat on my face shortly thereafter. 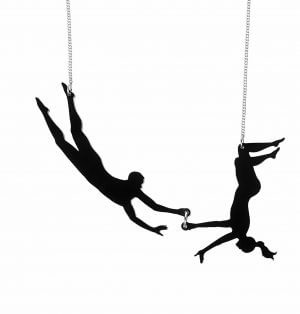 Growing a business/a vision is like working on the trapeze. You NEVER let go of the trapeze bar until the next bar is within solid reach, or you’ll crash.

As a teenager I worked on the uneven bars. Same principle… cannot be in desire trap, or you die… lol

But it takes an ungodly amount of work to get to the level where you can switch from one bar to the next… safely.

And that is how it is in business, or in self-growth.

You fancy yourself being somewhere other than you are, being ready, and then you CRASH.

If you or someone who loves you (me) catches you, then you can get back on the horizontal bar of your level, and work more on your game… as long as it takes.

The floor is padded around the equipment… and you will get away with all your limbs.

If you have no one who loves you, who catches you, you will dig yourself deeper into the desire trap… and the longer you are in it, the harder it is to get yourself out of it. 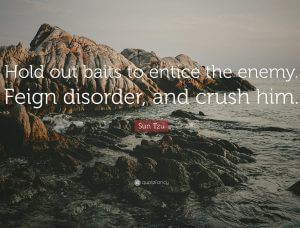 The more of a Drama Queen you are, the less in touch with reality you are.

There is NO DRAMA in reality… so if you are experiencing any drama, it is not reality, it is a story.

I used to be a Drama Queen, and I crashed with some regularity. No drama and I didn’t feel alive.

I wasn’t building anything other than build tension so the drama can be ever so big.

If I have poor health now, it is all due to that behavior in the past. The tendency… It is still there… tendencies don’t die. But I am keeping a lid on it… Bipolar tendencies are just one manifestation of this Drama Queen, drama loving self-annihilating nature.

I would have never expected that calm waters are enjoyable, and remain enjoyable… I lived for the storms, the big, the stormy… was ravaged by the storms I raised…

This was MY way to get to the strait and narrow, where I am actually living by a master plan…

And am now enjoying the side effect of being somewhat healthy, of sleeping somewhat well, of never being hungry, of having enough good food to eat, and have enough people love me that I don’t feel abandoned.

I am happy… I never thought I would ever say that… It didn’t look possible.

Yeah… as a goal it isn’t… As a side effect: certainly. 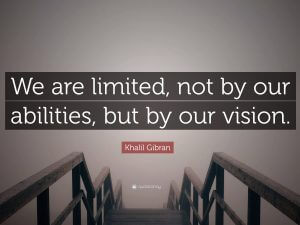 PS: Maybe you got the importance of having, developing a vision, but have no idea how to start, how to go about it.

So if you are not in that phase, how do you get there?

Through “getting there”… which pretty much means developing a vision for getting there in your personal development.

Is it easy? Well, it depends on how much base knowledge you have, how far your delusional self is from your “real” or actual self, and how humble you are.

Ultimately, 90% of the work I do with people is take them to that level of self-development… To the level where they have a healthy and functional vision. And the 10% is to take them from dream to reality. 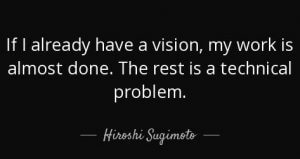 For some reason, vision really has the ability to pull you forward, toward itself.

If you want to climb up on a roof, you can do it by throwing a rope with a hook on the end on the roof, and pull yourself up.