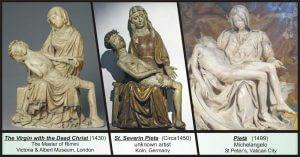 As I said it before, I have a strong affinity to the dramatic… in every area of life. This may be part of my bipolar personality… taking things to the extreme.

I do that with food… I call them experiments, but largely these are experiments taken to the just too much…

And, or course, I pay the price. With my health, mainly.

But… as in everything, there is a silver lining, a benefit, that I would be amiss not to appreciate.

So my latest “fad” thing has been sorghum. I cooked up a huge vat of sorghum seeds with sauteed (fried?) onions and butter… delicious.

Yesterday I ran out of anything else to eat… so I ate sorghum for breakfast, lunch, snack, dinner… lol.

And by today I had symptoms of allergy… sniffling.

As is my habit, I arrived to my exercise class early. Normally I am first, but today there were three people already there. I had a conversation with one of them, a home health aid…

Turns out we have a dramatically opposing view on how to improve health. The conversation was about inflammation.

Her method is: find out what can reduce inflammation, and add it to your already too much food you eat.

I suggested that to get to anything the path that is fastest and most effective is removing what is obviously causing trouble. The Anna Karenina Principle in action.

We went through this conversation for about 20 minutes, during which I repeated the principle: the path that is the fastest and most effective is removing what obviously causes trouble. 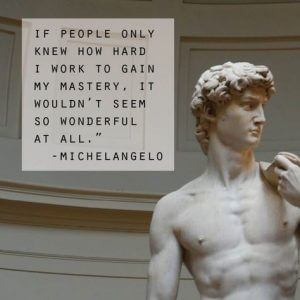 It seems that removing anything doesn’t fit well with people. this is why certain jokes, where the punchline is “then stop doing that” are evergreen… even though they are common sense. Doctor, when I do this, my arm hurts… So stop doing that! says the doctor.

It must be the culture that corrupts us… a cat, a dog know to stop eating what makes them sick.

But then I realized something: removing stuff is bold. And even to see that the stuff is doing you something bad needs you to be present, and pay attention. You need to be bold.

You need to get to the edge to make it obvious to get it through your thick head… or you can just continue walking about in a dream state, noticing nothing, the “normal” state of all humans I know.

One of my longtime students is an empath. Empathy, at the core, means that you feel other people’s feelings as your own, and even stronger than your own.

All the things I do with empathy are the result of training… using that empathy as a weapon, precisely and creatively.

Well, this student never actually believed me when I told him that he was an empath, five years ago, and therefore has spent his life getting guidance from other people’s feelings.

The thing is, even your own feelings are not useful to guide you, no matter what Abraham/Hicks says, but other people’s feelings? They are definitely a misdirection.

I suggested that he starts to ask the question: do I have a reason to feel this way? And, of course, he doesn’t.

Until you learn to ask the question: do I really have a reason to feel this way? whether you are an empath or not, you will keep on shrinking.

It goes in the direction evolution was supposed to go: for humans to become a magnificent godlike human being.

It is all a takeaway process.

You take away what was added to humans, layers upon layers of “no common sense” behavior: you behave guided by other people’s suggestions, words or feelings, and you lose yourself.

The culture of humans is where every word has power except your own. Every word has a marker feeling attached to it, feelings that entrap you, enslave you, and take away your power.

Yesterday I had a chance to listen in to a Playground partner conversation.

One of the participants woke up early and had the thought that she should get up and take a walk outside. The thought was: I’ll do it for myself… and that was empowering. The bed was cozy, warm, and inviting, arguing that she deserved another 10 minutes sleep. But she said it again: I am doing it for myself, and popped out of bed, and enjoyed her walk.

We live dutifully, duty bound, and we resent it. Nothing is for ourselves.

But finding her own voice, finding her own words, she turned the tables on duty bound, on society, and she got up early for herself, walked for her own sake, and is now, potentially, on her way to become a person.

You are not even a person when you don’t give your own word power.

And just like with feelings, you can ask the question: is this my own word, or am I just saying what others want me to say?

You can peel away all the feelings, all the words of others, and become you.

As you can see, it is all a takeaway process: underneath all that crap, there is a you, crushed by the load that has been piled on you.

It is time to claim your freedom.