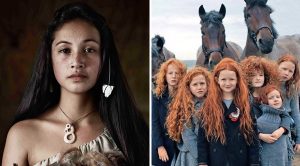 Homo Sapiens, as a species, is pretty messed up. Everything sets its emotions off, and the specimen gets all emotional, angry, afraid, violent, or sad and depressed.

This emotional reactivity makes getting things done near impossible, learning, or having people together pretty hopeless.

And they eat to fix the damage that overeating caused, and do all kinds of unnecessary things to reduce the damage.

Everything sounds like a death sentence that comes out of the mouth of… not babes, humans. 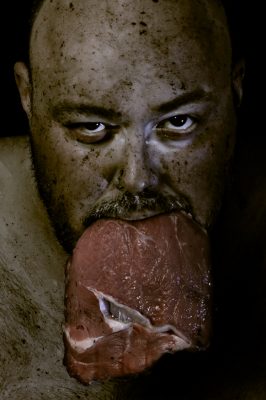 This, by the way, isn’t a parody, isn’t a funny piece, even though it is ridiculous, like the pea princess feeling the pea seven mattresses down the line.

It is the result of careful DNA selection: the most emotional get to have the most offspring: they have nothing else to do. No work, no responsibilities… just fornicate… yes.

On closer examination, the aberrant, irrational behaviors are caused by an optical illusion.

Fears seem to bring all the undesirable future into focus… while pleasure or desire make all the future disappear and bring only the immediate into focus… except when it’s a desire trap… But let’s talk about desire traps later, to keep the picture clean…

This optical delusion, this weird alternate focus causes the human to consistently cut the tree branch he stands on… or lose hope and aliveness on slight discomforts that are of a passing nature, like the snow storm or a bad mood.

You can see that humanity with this predilection for erroneous behavior and conclusions, with this inability to look at reality is digging its own grave.

Another interesting aspect is that each specimen can see the other one doing it, while cannot see it on himself… another optical delusion.

It is as if seven-eight billion people wore some distorting optical lenses over their perfectly perfect eyes.

So what is the mechanism that allows for this condition to carry over from generation to generation, even though none of the physical sensors are faulty?

The first person who cracked this conundrum open was a Hungarian engineer, Gyozo Margoczi… in his two books, Feelings, and Words.

The culprit is what made this species human, but what is making it self-destructive now: language.

Before language, you have all your perception organs, “Most people are familiar with five senses – sight, hearing, smell, taste, and touch. However, we also receive input through two additional senses: The vestibular sense, or movement and balance sense, gives us information about where our head and body are in space.” 1 and they were relied upon, in addition to the learning from the elders… Because interpreting the signals from the sense organs is not all that easy.

My favorite animated movie showing that is White Fang… showing how learning takes place when the only information source is the sense organs.

…and it is due to the language phenomenon, where reality is replaced, displaced with words, that the meaning of them is dubious, vague, imprecise at best, and depends, largely, on learned, honed abilities through play, sports, and schooling and reading. 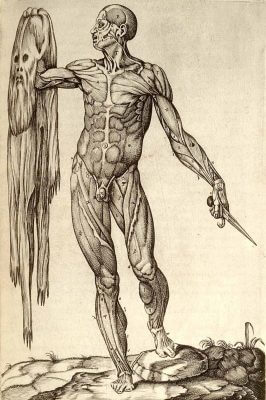 This distinction, for homo sapiens, the talking human, is missing, over-written, and therefore seems the opposite.

Here is how it works for homo sapiens:

1. Someone says: that was stupid… or you did that wrong… or that dress makes you look fat…

The remarks are about the moment. The action, the thinking, the dress…

The distorted perception, the learned process says, instead: you are stupid and you will be always stupid. You are hopeless, and you are always going to be ugly, fat, and no one will ever like you.

The sneaking into the moment the words “never, ever, forever, always” are doing the distortion. It is hard to notice, it is so automatic.

And a normal homo sapiens never thinks of asking: what was really said? What is the reality? What did really happen?

Instead they go to the meaning… straight, seamlessly, without any conscious thinking, reason… any.

But the switch happens on the words level… so you can never figure it out, and every time you need the brake, you crash your vehicle and your life.

2. The second way is bringing what you can describe, imagine, as if it were already real, needing no effort, no work, no conscious thought.

Example: you have a cold, the flu, sore throat… Something. First you see yourself dead… with the always/never combination of words. Then, after three days, you stop taking your antibiotics, because you are already well enough, you go back to work, and infect the rest of the office…

One session a month, four partner sessions… piece of cake. You take notes during the session, have inane ordinary conversations with your partner, and fancy yourself ready, wondering why the class doesn’t make a difference.

After all you heard and understood what happened, what I said… so you are good and ready, knowledgeable, and now you wonder why I am stretching it out to a year long course, just give me the 12 sessions, and I’ll be done in a week…

You have no inkling that it’s a process, that it’s a process where every step is hard, and “unnatural” to you, and understanding is not only booby prize, it is the way you are duped into fancying yourself high and mighty while you are low and a weakling.

In the Playground, a year long course, the goal is to disengage the tyranny of this illusion that words are important, that words are all important… and that your emotions are valid… at all.

The goal of the course if to take you back where the distorting lenses come off your eyes and you are able to see, astutely, what is, what is going on, what is real, so you can act in response accurately, effectively, and smartly.

It is taking you back to the point where humanity, the human race, was hijacked into this dead end path, homo sapiens, and you will be poised to take the Original Design path towards Human Being… where instead of tricky words from the outside, you’ll be guided by beingness… the state YOU can alter, like you can alter the pitch of the sound of a guitar… yourself.

That is the goal of the Playground…

I see that being supervised is more important than I thought… and listening in to your partner calls is mandatory, however time consuming it is for me.

PS: I promised to look at the underlying distortion of the Desire Trap… so here it is:

because you have words, and you listen to them as if they meant forever, always, etc. you talk yourself into looking at the end of a long and potentially arduous process as if it were now… and you have the ability to indulge in it, walk around in it, as if it were real.

As an architect, this ability is mandatory for designing buildings, but is detrimental if you consider it the end goal… no building, no foundation, no workers, no blueprint, no effort is necessary.

This, being enslaved by the desire trap is the main reason talented people don’t do anything with their lives.

The “I don’t have to practice it, it’s enough that I understood it once” is an offshoot of the desire trap, so students of mine who don’t do the work, they are trapped in the desire trap as well.

Considering the ability to understand, to imagine, to maybe even talk about something, gives people the illusion that they can do it.

Many so-called gurus are like that… they can’t do it, but they can talk about it. They sell you their courses, and you are stupid enough to buy them.

I muscle tested the Starting Point measurements of the guru whose course I accidentally bought it two days ago. His vibration is 120. His accurate vocabulary is 300. the distance between what he thinks he can do and what he can actually do is 70%: unbridgeable.

This is your typical guru… all words, no substance.

PPS: My personal opinion is that the Neanderthal branch of human evolution was leading to Human Being, the Original Design, embedded in the DNA…

Nothing to argue about… arguing is a typical homo sapiens move… worthless… behaving as if words meant, better words meant that you are right… lol.

PPPS: As I am looking for suitable picture for this article, I see another group of power… called the scientists…

who suggest that our physical characteristics are more important than what’s inside… that conquering disease is what dna research is about… and the rest is Okey… b.s.