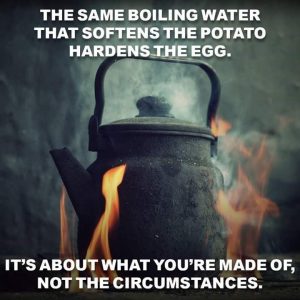 The marshmallow is ‘the thing’, the goal people want… and it is what actually causes them to jump the gun, to quit pursuing it prematurely.

I have read a lot about that experiment, I have even written about it, but I didn’t know that the ‘winners’ avoided looking at the marshmallow. that piece was missing for me, until now.

One of the challenges I face with my students and clients is their high desire number, and the Desire Trap…

This discovery I stumbled on, by accident, is the missing piece in helping my students with that challenge.

Watching that TED talk yesterday opened up something inside, that is still full of swirling fog, ethereal figures, and yet, I know that something from the invisible has been released. 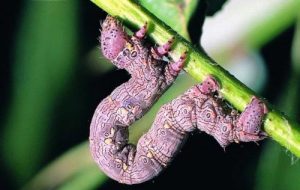 I was getting busy going down the rabbit hole about the marshmallow test which is as much of a principle as any principle, although its portability is hard to see…

All principles are portable, just like fractals. That is the nature of reality: as above so is below, or was that the other way around?

If it is true, a real principle, not just a made up rule, it is true everywhere, but to recognize it you need to be able to connect the dots.

Connecting the dots requires you to have a wide cone of vision, so you can compare the two phenomenon in the same glance, or alternatively, have enough long term memory to store an image that you can compare with.

Most people never committed anything to long term memory, and even the capacity for storing something for long term has atrophied. 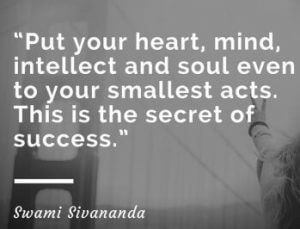 Another way to look at long term memory is looking an measuring how many things you can hold in your brain at any one time.

For most people (eight billion) that is one thing…

That means that when they change what they look at, what they looked at disappears. So they cannot compare two things that are not inside the same cone of vision.

The size of your long term memory, interestingly, will decide what size box you live in.

It takes me just one short interaction to know that… what you talk about indicates the size of your box.

What’s wrong with a small box, you ask? Nothing WRONG, but it is limiting. You cannot dance, you cannot have adventure, you have locked yourself in with the few people who are probably wretched and no fun. 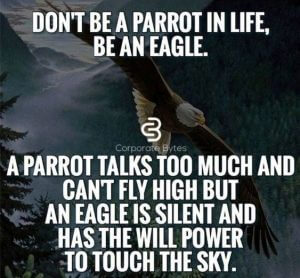 Your love of animals, interestingly, shows that you are not fulfilled in your small box… But it only indicates, it doesn’t remedy… the size of the box you live in will not grow without serious effort.

Breaking out of those small boxes was painful, scary, and unreasonable.

I was obeying an inner demand that made no sense to follow.

I left the cushy comfortable paycheck, being an award winning anything, the fame and fortune, the popularity. I left it for the certainty for something uncertain. For what I can be.

I burned bridges, or ships if you want to use historical analogy. There was only one way… onward.

I didn’t know I was doing that.

…things that aren’t distinguished… that one cannot see for what it is, until later, when someone points it out.

I never had a pipe dream. I never had a vision of what I wanted to accomplish on the long term. I have always been lousy at goal setting.

According to that TED talk, this is the strategy of the endurance athletes, the runner, the mountain climber… to worry about your 3-feet, your next step, and be present. Present to the step. And give it all you’ve got. 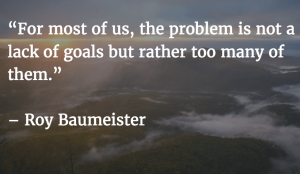 New Age teaches you to create visions of a future you want… and rob you of your ability to focus on the step you are taking.

New Age loves to trap you in the Desire Trap… someone caught in the desire trap will buy anything, whether they can use it or not, whether they understand what it does or not.

I have a bunch of desire trap buyers, a whole 30% of my buyers are focused on the imagined end result, and unable to refocus on the step that is needed to get there.

70% of the people who buy the Water Energizer audio, are trapped in the vision of the end result.

91% of the people who buy the Health Consultation where I give them a perfect match diet or a perfect match eating style to get them on the right path to health… pay for the session, but don’t do any of the things I tell them to do.

When you are trapped in the Desire Trap you cannot look and diagnose if you are doing the right thing in the present.

Mind boggling… At least it boggles MY mind. The clients? they probably think that there is something wrong with the product… The result has never anything  to do with them. 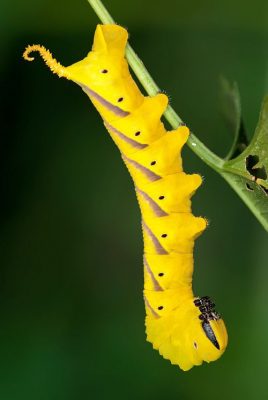 …they would, no doubt on my mind, start to build the cocoon prematurely, and they would never become a butterfly.

What steps would they be missing? Eating as much as they can of the right stuff… for example. Instead they would be looking for ‘superfoods’ like you do. Looking for healing herbs, like you do. Spend a fortune on alkaline water… like you do. Instead of eating only what is a perfect match to life… and none of that isn’t… And that is, the unmatch, the fixing is most of what you eat.

I have a secret for you.

If you experience moments or dumbness, depression, listlessness, or hurry/pressure/stress: don’t worry about the cause of it. Just raise your health and hydration number in a hurry.

If you have had your health session with me: it should be obvious and easy. Eliminate the stuff that is not on your list first… It’s mostly carbs your body doesn’t deal well with… the stuff most eat and stay low vibration and moronic with. Your mother and your mother in law… lol. Not kidding.

And make sure you are playing the right audio for the right duration to your water… I can restore myself, my health, my cell hydration in a few hours… Your body is more willing than you are. 🙁

And if you are afraid of the future,  that if you can then you must… then you have to, and you don’t want to…

forget about the end result and just do the next tiny step, the step you enjoy taking, and the fear will disappear.

Fear comes from the long term view. On the short term there is always something you can do. 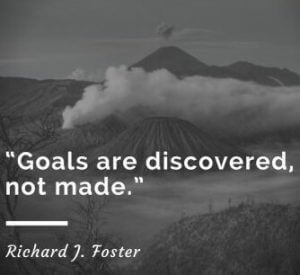 I like the expression ‘bumbling idiot’. When you are willing to be a bumbling idiot, but be present, not in shame or worry about it, you can stumble on amazing things… and that is my modus operandi… I have no shame, I have no ‘precious I’ to protect, I am like a bumblebee… seemingly defying the laws of physics, buzzing around in blissful ignorance… laughing a lot. 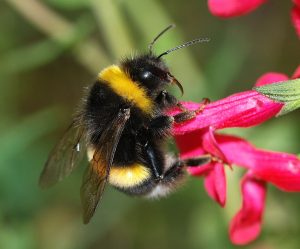 I go to my webinars, my course sessions with a notepad with one or two words on it… and allow the course, the participants, the what’s missing to guide me to where to take it. 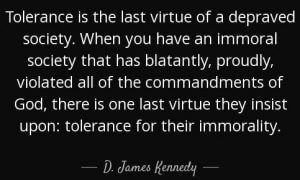 The Playground program’s full name was: Playground: it is never too late to have a happy childhood…

And it was all made up by you… and you’ve been insisting that it was true, that those things were wrong Wrong WRONG!.

‘It is very obvious that we are not influenced by ‘facts’ but by our interpretation of the facts.’ ~ Alfred Adler

…nothing you do will make life good, make you feel good about yourself, and have love and affection for other people..

But unless you do the work to liberate yourself, you will not become not worthless, not ‘not enough’, not ‘special’, not ‘slighted’, not on borrowed time, not a zero.

Your self-concern, compensating for that early self-image is what perpetuates that self-image, that original WRONG.

And to my utter horror, this has been the case for everyone who studied with me… They were repeating the words ‘nothing wrong/nothing to fix’ but the wrongness of the WRONG didn’t disappear.

We have been discovering the underlying, until now hidden layer that every human share:

We have, over the years, tried to allow the world to be the way the world is. Nothing changed.

I suggested embracing… but no one understood what it is.

Yesterday I suggested that you want to WANT the world to be the way the world is.

People tripped over their tongue reading it off the whiteboard… Some reacted with alarm. Some with fear.

Yeah, brave new world… where how the world is is the way you want it to be.

By the way: that is the meaning of embracing. It is accepting, condoning, maybe even ordering to be the way it is.

The fear is natural. The mind says that unless you resist something, unless you fight it, it will win.

But that is a mirage. The opposite is true.

Your resistance keeps it fixated…Things you don’t oppose fade away. Flip out of existence.

The nature of reality is that things change. Always. constantly.

An awful lot of what others teach is based on this profound misunderstanding of reality.

They say emotions are energy in motion… but if you look at emotions, they are fixated… because emotions are the result of words, and you can fixate the words… thus the emotions.

Even hunger: it rings your bell, and then it stops.

What you feel ongoingly is not hunger, it is an emotion: the result of some interpretation… likely an interpretation that something is wrong.

What is a feeling?

It is pressure, movement, expanding, compressing, jumping, fluttering, pull, push. Even pain is not a feeling. If you look what is underneath it is pressure, most likely.

Most people forgot how to feel… they call emotions feelings… they aren’t… even though they feel in a certain way. Like pressure in the chest… for example.

But just like a smile can be natural, it can be artificial, fake, forced, caused by some thought, some words.

And when you smile naturally, you feel nothing. But when you fake the smile… you feel the tension, to pressure, the forcing.

And you can consciously unlearn to focus on the words and the resulting emotions. All of the words react to wrong. You can catch when WRONG wants to assert itself again, and return to want the world to be the way the world is… and start living a life worth writing about.

In the next Moneyroots workshop, it’s #3, we are going to bring this ‘I want the world to be the way the world is’ to every area of life, including money.

I am expecting great strides… movement… but, of course, we shall see what will happen.

Get to the roots and change them