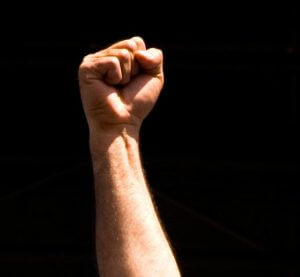 I thought I have written all I wanted to write today, but man plans, god laughs.

It’s Monday, time to read the Monday Morning Memo by Roy Williams… the highlight, often, of the week ahead.

Today especially, because what he is doing is echoing my own teaching: The main principle of Life is the Anna Karenina Principle: the principle of the strait and narrow…

Attention: I am trying to teach you how to see beyond the obvious, beyond the surface…

He talks about how to define yourself (and your company, if you have one.) 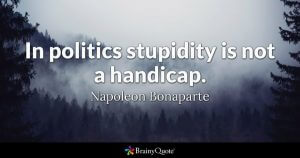 In our rule based, plenty based world, the more you can say, they say, it’s the better… and that makes you plain vanilla, not committed, not distinguished, a nobody. Even you don’t know yourself.

You ask for coaching, but you have no idea to what end… and coaching that isn’t directed is like water than isn’t used… must makes things wet, but has no power.

So how do you best define yourself? Hint: not the way the countless articles tell you… but the way the Anna Karenina Principle tells you: by one thing you stand against.

Some 20 years ago I said: There is no way I am going to be anything less than magnificent… that was my way of defining myself. With the knowledge I possess today I would reword that, because magnificent doesn’t mean a damn thing… albeit less than magnificent awakens a million of ways of being that are all distasteful to me. Because it’s been guiding me for more than 20 years, on an ever narrowing path… the narrower the happier, the lighter I become. It is a process.

So what is it that you stand against being?

Read the memo… it will help you see how to do this… but please know: this is not something like your underwear you can change at will… If you are a waffler, or a Twitchy Little Bastard, you’ll want to do just that.

Then I recommend that you call that the enemy: the low TLB… it can take you to the sky.

How, Then, Should We Advertise?

The average person is afraid of criticism.
But the person who has no fear of criticism is more likely to succeed. This lack of fear is what keeps them from being average.

The average business owner is afraid their ads will be criticized.

Do you want to kill a great ad? Show it to the people you trust.

In the words of my partner Mick Torbay, 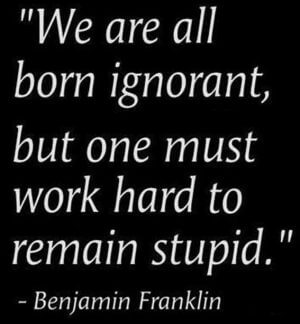 Most ads aren’t written to persuade; they’re written not to offend. 4

But even a weak ad will cause your name to be the first that springs into the public mind if you give it enough repetition. This assumes, of course, that your competitors have equally bland ads.

Do you want to differentiate yourself with memorable, attention-getting ads that will accelerate your repetition by unleashing the persuasive powers of wit, humor, identity, and audacity?

The first step is to find your corporate mission statement, take it outside into the sunlight, lift it high up into the sky, then lay it down on the sidewalk and set it on fire. When it is finished burning, sweep the powdery ashes into the grass. Paper ash is an excellent source of lime and potassium. This will raise the pH and help neutralize the acid in your soil.

You have now put your mission statement to the best possible use.

Just out of curiosity, why did you think you needed to write down all those generic things you believe in? Those things you included – the things you stand for – rarely differentiate you since most of us include, believe in, and stand for the same things: Individuality, Informality, Opportunity, Competition, Efficiency, Progress, and Helping Others.

It is what you exclude, or stand against, that defines you. To gain attention and win a following, you must stand against the omission of one of these seven things:

You may have used different words, but those are the ideas contained in every mission statement, the ultimate expression of committee-think.

The client who grew the most in 2018 stands against inefficiency. His company eliminates stress and frustration by responding instantly when customers call and then doing the job perfectly, making sure the customer’s time and money are never wasted. His local company grew by tens of millions of dollars last year. Most people love his ads but he still gets plenty of criticism.

A client whose volume jumped almost as high stands against formality. His frank, unvarnished style of communication makes customers trust his people and his company. His ads are beloved by most of the population but he still gets savaged in social media.

Does the client who stands against inefficiency also have ads that are frank, informal, and unvarnished? Of course he does, but it is his stand against wasting the customer’s time that sets his company apart.

Does the client who stands against formality also respond quickly and do the job right? Yes, but it is his stand against distance in the relationship between himself and the customer that makes his company special. 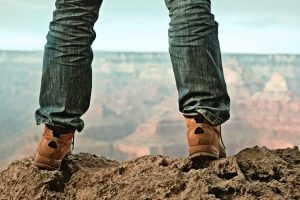 What is the principal enemy your organization fights against?

When I say “principal enemy,” I’m not talking about your competitors. I’m talking about that thing you try so very hard to eliminate for your customer.

OK, if you have a difficult time doing this exercise, then you may want to go to square one.

Integrating the selves: I teach that step in this article –> https://www.yourvibration.com/37750/not-able-to-sustain-transformation/

That is the hardest step of all… All quitters I have ever had in my programs tripped on that step. Why? Because it takes humility, and humility doesn’t jive well with your precious “I”. 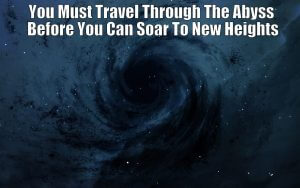 The hardest time to give up is for people whose lowest is something that is socially not pretty… Being a taker, for example, is a trigger for many quitters. Being a bottomless pit demanding to be filled… accepting that that is who you are, is another one. Being slothful, stupid, AND boastful… hard to stomach, isn’t it?

Being a looter and a moocher, a second hander, to use Ayn Rand’s words… another hard thing to own up to.

The harder it is the more beauty, abundance, joy, peace comes with integrating the selves… Just ask the students who have done it…

By the way: your Silver Bullet verbalizes your lowest self… it is the self you don’t want to own up to.