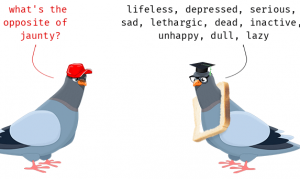 With every new word a large chunk of the invisible reveals itself… priceless.

Here is the first word:

Jaunty. 1. könnyed and 2. vidám in Hungarian, I have to admit that in the past 37 years since I left Hungary, I haven’t seen anyone being jaunty… Maybe I saw people obnoxiously loud and too much smiling… but jaunty? 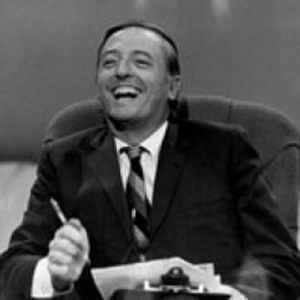 Jaunty is having or expressing a lively, cheerful, and self-confident manner, cheerful, cheery, happy, merry, jolly, joyful, gleeful, glad. It is not the forced jolliness of pretense. And it is not the drunken glibness of the party. It is beautiful and it is natural. And I am, occasionally that, but haven’t had a word for it.

When I look at people’s reaction to it, they cheer up and smile with you…

Here is the famous ending of the movie, Harold and Maude… and Harold finally ridding himself of death… is jaunty… yeah, that is what is is on that hill with that banjo…

What you can’t say, you can’t easily be… or maybe not at all.

The most useful thing about having an accurate name for the emotion that is jerking you around is that when you can name it, you can claim it, and the emotion goes away… or at least changes. 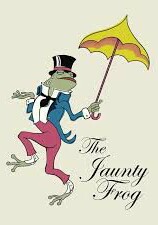 The least effective people are the people who can’t or won’t dare name the emotion in fear of what it means about them, and then they are stuck, for a lifetime, in that emotion.

The battle turns inward and the two selves develop an intense hatred for each other. No chance for self-love, and no chance for a life you can love.

Fear is one of these suppressed feelings…. oh, fear is a feeling… it is an orienting feeling, warning you to be mindful, alert, and beware…

It doesn’t last long when it is not resisted… it is orienting you to pay attention, but move regardless.

When resisted, it tells you to shrink, to withdraw, to stop living.

Fear is your friend… it stays only for a little bit, like a breeze… telling you to stand on attention, something is happening, something to pay attention to.

I attempted to look up a word for paralyzing fear… instead I found some synonyms… fear, dread, fright, alarm, panic, terror, trepidation mean painful agitation in the presence or anticipation of danger. fear is the most general term and implies anxiety and usually loss of courage.

Painful agitation in the presence of danger… ineffective.

Expectation is the biggest enemy of effectiveness.

This culture of Tree of Knowledge, where everyone acts as if things should be in a certain way, the right way, the government, the president, your spouse, your son, the weather, even your dog, your boss, your teacher… is the source of your displeasure with life, in life.

The Tree of Knowledge refers to the Tree of Good and Evil in the bible. The Tree that suggests that there is such a thing. That you can know what is good and what is evil, and what is right… and force everyone to see things and do things your way. 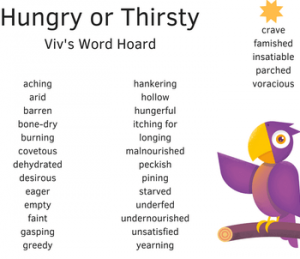 That Christianity, or Islam, or vegetarianism, or communism… are the right religions, worldviews, and everyone should accept them, and adapt to them… And kill them, hate them, persecute them, judge them if they don’t.

Science has been working, sometimes feverishly, to penetrate the secrets of the universe to come up with a Tree of Knowledge solution to the human desire of simple good rules…

Thousands of years… lead to a grand result of 7% truth value… meaning 93% is hogwash or hasn’t touched upon.

But humans, the inane, stupid, blocked, clogged (like the sink that doesn’t empty!) species hasn’t been willing to be “jaunty” and tread lightly, and stop trying to fix life and the universe with rules that don’t help, with bombastic “truths” that are not true.

I read somewhere yesterday that humans didn’t evolve from the great apes… and that is probably true: in many ways humans are a devolvement… backwards growth, or the great apes…

Obviously I am experiencing a sense of powerlessness, helplessness at seeing that there is nothing I can do or say to change this, even for a few people… but I might be wrong.

If I consider myself a force to reckon with… a force of nature, then all that powerlessness and helplessness eases up and is replaced with ingenuity, creativity, expressiveness, and patience…

But listening in on the partner calls I found out that the women didn’t get any of it… all my teaching rolled of their back, like water rolls off the duck’s back, while the men were deeply touched, and I heard the most eloquent shares of freedom, and ease and grace in my whole career as a “spiritual” teacher.

Just keep on doing it…

I had a webinar to discuss the 20-day challenge yesterday in the afternoon.

I got really angry and vocal about one student’s behavior and railed against her continuing to be that way.

I felt reluctant to release my fury… I was hesitant to, perhaps, alienate people… And it turned out, instead, I managed, finally, to shed more light at the distinction: inauthenticity, which I’d thought has been clear to everyone…

Life is unpredictable, no matter what level you observe it… and the best you can do is: stay on your feet, and keep on dancing, keep vigilant, and love life in all of its unpredictability.

There is no right, and there is no wrong in reality. If you can consider all that Tree of Knowledge crap your personal crap, then you can go past it, you can have room for it, and you can call it “your preferences”.

Just try it out: if you say: Life is dealing me crapola: cold weather, a stomach ache (or whatever you don’t like), and ungrateful people… while I have a preference for comfortable weather, no pain, and people who just swoon from what I say to them… lol.

Can you see the lightness in that last sentence? Yeah, suddenly, having written that, I feel jaunty… giddy, happy to be alive… lol. So much fun!
.
.
.
. 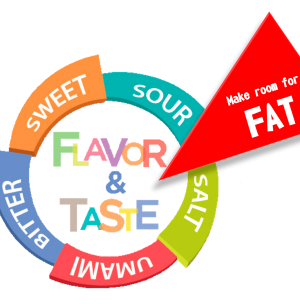 PS: A little aside: I added life enjoyment to the title just now.

I am making breakfast for myself. Two eggs in a savory soup. Poached eggs… The Hungarian word “buttyantott” is more expressive… it depicts the effect of the hot water on the eggs… and brings the drama of poaching, keeping the water just below boiling temperature, to the culinary experience.

The trend of more and more complicated dishes is in strict alignment with the impoverishment of your vocabulary about tastes, textures, and what is good and what is unpleasant.

And the decrease of your health.

One of my students, I just found out, learned from me to use less and less ingredients in her cooking, in the dishes, and now she is cooking simply, where the natural flavor, the nature of the ingredients is not overpowered by the “too may ingredients” trend of cuisine.

I grew up in Hungary. The most complicated dish there had 5-8 ingredients… including fat, salt, and pepper. No pre-made anything… sauces, spice mixes, except maybe prepared mustard… I first experienced the “leveling” effect of Western cuisine in England with the Worcestershire Sauce… where everything tastes the same… 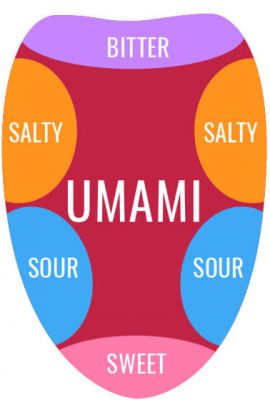 This is the Tree of Knowledge principle applied to food… reducing our experience to prefabricated rights and wrong.

PPS: I had an epiphany this morning when I read Rob Brezsny’s horoscope email:

I had (weep weep) a client whose strongest skill, according to him, was his imagination. I gave him exercises to make his strength shine, to develop it more.

Imagination is good… but then the whole thing turned bitter and sour.

With some regularity he got snagged in the Desire Trap… And I didn’t know what to say to keep him safe. As it turns out, I lacked a vocabulary distinction between fantasy and imagination… Desire trap engages fantasy… fantasizing… Creativity engages imagination…

This was the sentence that brought clarity for me:

Hint: It will help if you keep working on transforming your imagination from a mere fantasy-generator into an organ of perception.

The world (mind movies, and other b.s. programs) encourages you to create fantasies while reality and achievement works with imagination: an organ of perception, of connecting the dots, or noticing opportunities, noticing an open path…

Books, movies, pull you into fantasy worlds… while you notice and distinguish nothing in your life… in your actual life.

When I was listening to people sharing their 20-day projects with me yesterday, I can tell I didn’t have the distinction between fantasy and imagination…

Imagination is a bridge creating tool between the now and there…

Fantasy is experiencing the finished project and the happiness it will create…NOW!

Imagination helps you to enjoy the process…

Fantasy jumps and makes the process and your attitude: happiness comes when I am done… as soon as I wade through this boring, unpleasant, frustrating, difficult part: learning whatever I am learning.

If this talks to you… it is not too late to stop fantasizing about the end result, and start enjoying the sweet and the sour, and the salty, and the bitter, and the astringent, and maybe even the pungent… without having an opinion that makes them good or bad or ugh…