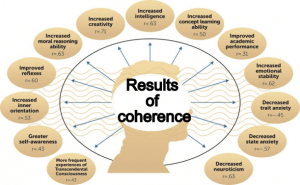 But on New Year’s Eve I did it, and was bracing what was going to be a lot of work, but more importantly a rare occasion for me to face the tiger: I am not the smartest person on the planet.

I never was… by the way. But since i have repurposed my brain cells to do the inner work for seeing, I feel stupider, if that is even possible, than before.

Coherence is the ability to keep orderly inside… even if what is on the outside is chaotic… which is, if you are actually alive, is always. 1 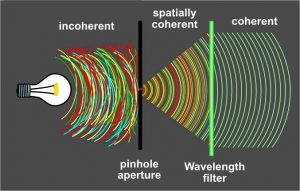 Coherence is also an experience… when things make some kind of sense, where you can see at least partially clearly, when you have a sense that you know who you are, and what you are doing. The opposite of coherent is incoherent, or confused… 2

The way most people try to be coherent is to control the outside… people, things, and be very unhappy when neither the people nor things cooperate… and they don’t. Or reduce life to such mundane levels, that they, at least seemingly, escape the experience of incoherence… women by talking too much about inconsequential things, men by doing inconsequential things…

The goal in life is to live… in a world that is the way the world is. And the best way to live is to equip yourself to be able to be powerful even when the world does not cooperate… 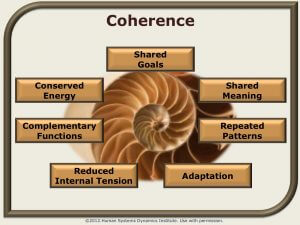 What do I mean by being powerful?

Power in life is the ability to cause something, consistent with what you meant to cause. Some result in life… in this unpredictable, chaotic life… 3

What many people mean by power, is power over others, and the futility of that is obvious but people, unlike mice, will keep on going down the same tunnel looking for the cheese… No cheese in that tunnel, and every “success” creates more “unsuccess” and misery… and yet, people keep on doing that.

Your options are clear: you either increase your inner coherence… and become more powerful: be able to accomplish more, or try to reduce life to a prison cell… by controlling every aspect of it. 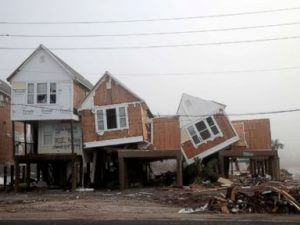 So what are the enemies of coherence?

Let’s return to my “moving my sites” story I started with:

I read the instructions that came in geek/nerd language that I barely could identify as English. Then add the trepidation and desire to avoid it at all cost… The sum total was: I had no idea what to do, how to do it, because I surely could not make sense of the whole… because big chunks of reality were shrouded in mystery.

Honestly, I have it a try… but my computer started to beep, and alert me of virus attack: what the email asked me to do was considered, by my computer, an attack… WTF.

Then I made a decision: I am not going to do what they say I should do. I’ll just jump into the pool, on the deep end, and start swimming.

My body will figure out what to do… And that is what I did. It took me 30 minutes last night, and another 30 minutes today to check, fix, and update 40 sites… no big deal. 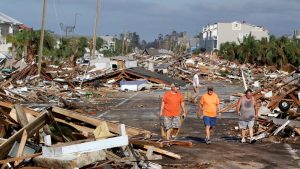 My feeling that I am dumb was competing with my life-experience: there are only a few things I cannot actually do, if that is what I want to do…

For seven days the dumb feeling won, and last night, when I actually tried to do something, my real self took over, the one that can handle anything.

So, in this situation I am talking about the physical basis of coherence. Your body can be in survival mode… scarcity mode… struggling to stay alive and take care of the internal environment.

Your behavior, eating, sleeping, drinking, smoking, moving or not moving all contribute to this scarcity mode: what you consider well-being: I am fine… is at max 10% of what your body could produce if you didn’t impair it with what you do.

It is interesting to observe that when a client manages to bring their numbers up in alignment with their ambition in life… meaning minimum 30% both for health and cell hydration, their ability to connect the dots, comprehend, hear, and do goes through the roof.

The opposite is more dramatic: when their numbers go, for whatever reason, but mostly from making a mistake… they become suddenly dumb.

I have recently had two steady clients quit their work with me.

The first thing both did: they stopped drinking their energized water, stop following their diet.

They first got incoherent from some perceived slight, and then wanted to stay angry and hurt and hateful, blaming, by getting more and more incoherent.

Let’s compare them with two other clients, who, after years, being both dumb and belligerent, “sensitive”, and touchy, managed to bring up their cell hydration to 30%.

They didn’t take time out to get offended… or to suffer… or to point fingers. They took it with “really? I haven’t been able to see that about myself…” curiosity.

And no one understands that unless they are physically coherent, internally coherent, life will get nastier and seemingly more aggressive, more chaotic… Because when you are incoherent, even a mole hill looks like a mountain range… impossible, threatening, and deadly.

And every little thing occurs like a big issue, something that is wrong, and needs to be fixed. 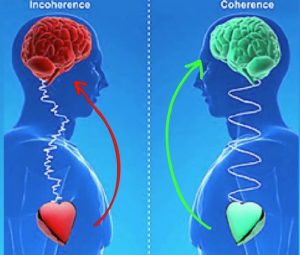 Your “ego” will jerk you around, will make you want to dominate every conversation, make you look bigger and better than you are… while inside you are dying.

What adds to your incoherence is the two selves hating each other… The one, the big, the flashy, the smart, the special… but all fake… and the real: shrinking, mundane, petty, and scared.

But even thought that inner disharmony is very important, I can’t see that you can do work on removing the pretense… unless you take care of first things first.

Now, what happens if you are too incoherent to set up your water energizing system, the core of your high cell hydration… if you make it complicated, or if you want to do it your way, or if you want to be creative about it, or if you just simply don’t agree with me? 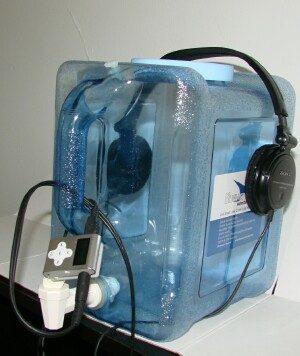 When you buy the Water Energizer Audio, I make you pay for handholding. But still… if you are too incoherent, you may need me to charge your water remotely… which is probably the hardest thing for me to do, for two reasons: 1. it is superhuman effort… 2. It opens me up and makes me vulnerable to the Dark Side people…

So I charge an arm and a leg for it… and won’t agree to do your water, unless you have tried every which way yourself…

Laziness doesn’t qualify you for my help. Sorry… life is tough.