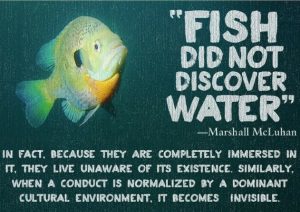 I woke up with a start. OMG… The switch… or the pebble… or whatever I called it!

The invisible dynamics is a system. It is like a machine. A complex machine… It takes in life as it could be, and it spits out your life as it is, having sucked all the juice out of it. Really.

That is the machine. 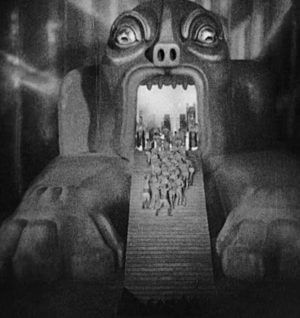 …but all in all, when you know your machine, you’ll have a life that is, all in all… a whole lot better than it started out to be. 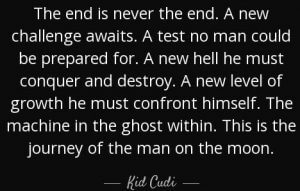 Yesterday I shared with you my discovery that I use illness, all forms of it, as a racket: trying to get something that I say is missing in my life.

That something is significance.

I want significance. More than food. More than love. I want to have mattered.

What you really want to get from your life is your life-experience based… it is a feeling that wasn’t there for you when you were little. It can be accurate, or it can be exaggerated, but that is where it was born. In your childhood.

I was born a preemie, and spent a month in the hospital before I was stable enough to be taken home. By that time my mother didn’t have milk in her breasts… We never developed a bond. I was never hugged. I never had her undivided attention. I was a thing to be fed, diapered, burped… a thing. A burden.

I threw up every night, I cried incessantly from pain in my tummy, and that got me some attention… not good attention, but attention nevertheless. 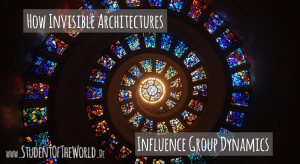 Today, unless I pay attention and manage it, I go to being sick, not feeling well, accidents, half-dying to get noticed.

I watched my body language the other day as I was taking out the trash: I hoped that someone would see how hard it is for me… and come to my rescue.

This is the switch in action. And the machine happily gobbling up life as it could be, and spitting out insignificance, suffering, pain, and a low grade of dissatisfaction with life on the other end.

I have always had a fantasy that if I could get a Nobel Prize, my parents, maybe, would be proud of me. That is what it would take. Nothing less achievement… the Nobel Prize.

I have had clients who had a fantasy of making a billion dollars… for the same exact reason… to get their parents finally acknowledge them… of course, all in vain. 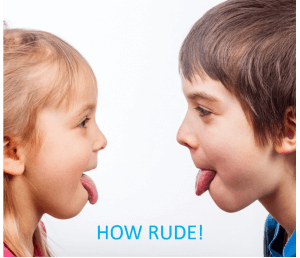 The switch, the desire for what you didn’t think you got as a child is both valid and invalid. But always results in a chewed up life.

I listened to a Playground Partner Call yesterday. One participant’s daughter has been, seemingly forever, throwing a fit every morning, big drama, threatens with suicide, attention seeking.

Her switch, I think, is being accepted as belonging to school… She says she wants to be loved…

Her complaint activates her mother’s switch: I am powerless to stop the bad stuff from happening… but what’s underneath is is a kind of superman ideation: I should be like a superman… stop a speeding bullet, save my daughter…

Her Playground partner’s switch got activated by her husband who suggested that with her profession she could get a job where she could get good health insurance for their daughter.

But her switch, activated by her desire that she is loved and taken care of without ever having to move a finger, was seriously violated by the suggestion… getting without deserving is the secret yearning here… 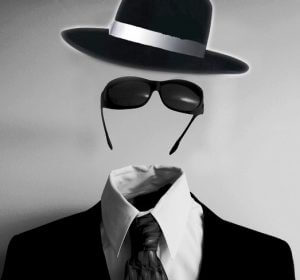 When I said that the human condition is like a lock to pick, I wasn’t exaggerating.

…if you can only play with one hand, in the middle of the keyboard… that gives you a certain music… but music, MUSIC, the life you want is playing with two hands, on the entire length of the keyboard.

Every element of the human condition gives you a little bit more ability to have a life like music… if you don’t forget the previous lesson, that is.

To be able to remember, retain previous learning, you need to go through and resolve the linchpin issue: face the horrible broken face of your life… and embrace it, and kiss it.

I listen for the magical moment on the Partner Calls… when the participant is mortified by who he/she is being. I listen to the recording, I am not on the calls… and when I hear it, I weep. There is still hope for the person who gets there.

Of the eight participants in the current course, three has hit the magic moment… one yesterday.

Five are still staring into the invisible, seeing nothing.

Occasionally they get a glimpse, but pull away… sideways. It is not a pretty picture. The higher your “delusion” number in your Starting Point Measurements, the more you are going to protect your Precious “I”, and you may not ever allow yourself to hit that magic moment.

People, predictably, quit my programs, angry, furious, blaming, when I hold up a mirror to them. They may even be so angry, that they erase themselves from social media… so they never have to talk to me again.

But if you consider that once you find your linchpin, once you manage to embrace it, you have a choice to give up your delusions about yourself, your desire trap, your pie in the sky pink glasses, your lying thieving ways.

For them, the quitters, it was too much price to pay for a life that is grounded in reality with some semblance of happiness, joy, fulfillment, and self-respect.

The two additional invisibles are the switch and the pebble in your shoe.

I just listened to an incredible call with a student in which I start setting up those new invisibles.

You can get a listen if you want. It’s a long call, more than two hours.