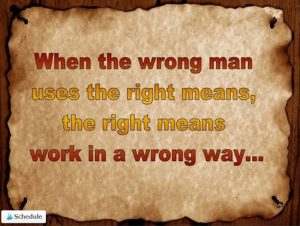 This is a philosophical article, but at some point it is practical: it talks to your concerns, so it is worth your reading. This article will be, also, proof that all writing is re-writing. Now that I written the first draft, I can rewrite it, so it can get better… that is how life works.

Fully understanding the philosophical aspects is not a requirement, although it  did me good to write those down.

OK, here is the body of this article: I have come to new insights this morning: the phenomenon of the unintegrated self…

James Allen said in the beginning of the 20th Century:

“Suffering is always the effect of wrong thoughts in some direction. It is an indication that the individual is out of harmony with himself, with the law of his being. The circumstances which a man encounters with suffering are the result of his own mental inharmony. Man has but to right himself to find the universe is righted. Let a man radically alter his thoughts and he will be astonished at a rapid transformation it will effect on the material conditions of his life.” ~ James Allen ~ As a Man Thinketh.

Of course his work and this quote has been used for wrong… to promote the “mind power” movement, that, not accidentally, never distinguished what is mind, and therefore neither did its adherents, Law of Attraction people, T. Harv Eker, and other bs. artists and shysters.

OK, let’s start with what is integrated, what is unintegrated, so we can at least hope that we are talking the same language.

Integrated means that the inside and the outside impulses and requirements are similar and can be brought into alignment.

If you are looking for examples, you probably won’t find any… why? 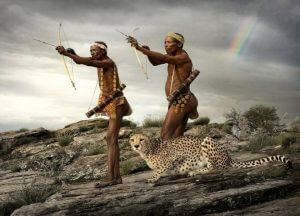 There was a stage in human history, where who the individual is, who the group is, what the “social” constraints and requirements are all in harmony… i.e. integrated.

Then some people, most likely a group with better weapons, descended on our group, and had a good idea. Their idea was, probably, integrated into their society’s ri;e, but not into the people who they are forcing this new idea onto.

Religious conversions are a good example.

The ideas of Christianity (it parallels Islam conversions, by the way) are the good ideas of some group that considers themselves above and beyond, chosen, better, the right thought… the right way… etc.

But the ideas of Christianity do not jive with the “native” population’s, so the forced conversion creates an inner tension in every single person. The more they try to conform the worse it is for them.

Parents enforce the “new” and “better” ideas on their children, for example, my mother enforced that I don’t deserve anything good, anything new, anything else but mere survival, second hand clothes, handouts. She didn’t apply the same rules on herself… and that is one sign of incongruity: 1 another word for “unintegrated”. 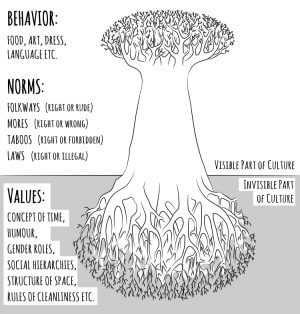 I am not arguing here about the “what” of religious ideas… I am just looking at why individuals aren’t able to be themselves, own who they are, and have inner peace, inner harmony.

I am not familiar with many, but the Nordic, the Greek, the Jewish, the Zulu, the Mongol mythology seems to have been in harmony with the people… guided them just like their innate wisdom does: no tension, no disagreement between the two guiding forces.

Peoples, groups, ethnicities that did not have a coherent myth to guide them, most of humanity belong to this large group, were plunged into an inner incoherence, inauthenticity, and a tension between the innate and the imposed guidance… never allowing the group and its members to grow into a higher vibration, higher thinking people.

Countless groups and individuals, self-appointed gurus, are trying to convert the unhappy, “homeless” people to a new home… but although the declared purposes, the declared goals are pretty, and attractive, they are much like religion: they settle on the top of the inner confusion, and cause no human growth, no qualitative shift in what is innate, and what is “good”.

As a self-appointed spiritual teacher, I am looking at this, for the first time, on the morning of a class I need to lead, need to teach in the afternoon.

I am looking at my notes of a course I took 16 years ago.

Intellectually the course was way beyond my grasp. None of the questions it raised as questions to inquire into, made any sense to me… I had no answers, I had no knowledge, I had no understanding.

And yet, of all the courses I have ever taken, this course reshaped my inner world, and started me on a course of self-transformation, that lead to inner peace, a sense of rightness, and it was not expected, it was not predictable, and it was as unique as it was supposed to be commonplace.

When I muscle test how many people of the 400 participants of that course got to the level of integrated being, because of that course, I get an answer from Source: One person. Does that one person include the leader of the course? The answer is “no”. That one person was me.

This is very significant. To me.

You see, the declared and secret purpose of my programs is to cause an inner shift, where centuries of imposed and forced conversion to others’ idea of right and wrong gets transcended.

Transcend here means: not denied, not fought, not invalidated, but seen for what it is: others’ good idea. Accepted as that.

Now, this is a tall order to teach, because every single person has a different inner guidance, so there is pretty much nothing I can teach that will take them to it.

So what can a self-appointed transformational/spiritual teacher do that would be useful for everyone?

Pretty much nothing I can do that will do the “trick” for everyone… or not at one time.

What I have been doing, consistently, persistently, and with some success, is dig deep into the nature of reality, and the dynamics that can be seen if one distinguishes them skillfully enough. 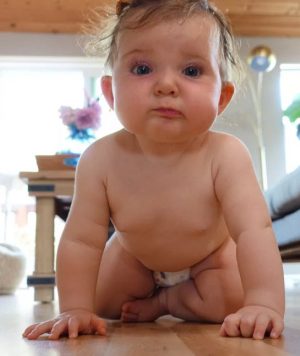 The number one sticky point, not surprisingly, is the learned rule: look good at any cost or you’ll perish.

Another sticky point is “move sideways” so they can’t see who you are… so they can’t pin you down, so you can be the original, tribal you, and also match the new requirements of this society.

In some of my articles I suggest that participants integrate their whole being around the tribal, unevolved, “savage” self that the new “religion” could not ever really touch. This self can evolve on its own accord, but only if it is allowed self-expression… if it is allowed to be seen, heard of, and do what it would do, experience the cost, the consequences.

You may have one or you may have many inconvenient “evil inclinations”… you may be selfish, a taker, belligerent, haughty, pontificating, weak, condescending, judgmental, etc.

Pick yours, one, for now, and start owning the one, embracing the one, so you can take it with you, so you don’t have to deny its existence.

That is your guidance/feedback system that will allow you to grow as a person, and become integrated.

Just look out the window… Here in Syracuse, first we had arctic cold, then jacket temperatures, then strong winds, and now snow again, and cold. 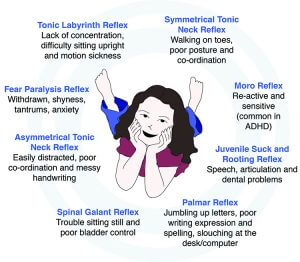 But you can be coherent in any environment.

It may take some looking, some skillful inquiry, the method of those you can learn in my courses, but all in all: you can be coherent. In any family, with any health, with any weather, with any political system. Some are more challenging than others.

You’ll be astonished to notice that when you are coherent, the actions you take are very different from when you are incoherent. And everything responds in kind… how? I don’t know.

But your brat children, your intolerable husband, your clients, your boss, your class mates, your friends change their behavior in unexpected ways, depending on their level of awareness.

The space you provide changes, and their “space-awareness” kicks in.

Like you would not start yelling in a church, or step into a crocodile infested river… it is all space-awareness.

The hardest thing, but it is the direction evolution would have taken us, had it not be forced to go according to some people’s good ideas: religion, democracy, communism, socialism, totalitarianism, meritocracy, and the many other good ideas groups of people have had over the centuries. 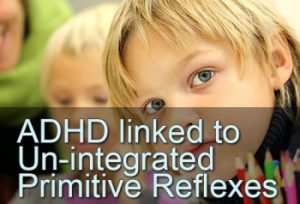 When you read, as I do, you can see the inner incoherence, the good ideas struggling with the innate wisdom.

I have read volumes from Seneca the Elder… who taught and struggled with himself, trying to be stoic… but not quite succeeding.

You see, raising your self-awareness is my main job… awareness of the inner dynamic, the power struggle between the innate and the imposed, so you can resolve that tension however you’ll resolve it. 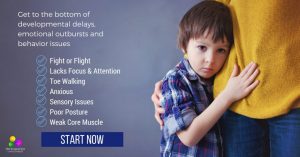 They are each at their own level, anywhere between 3% and 30%. Muscle test that nothing much will happen before you reach 40% self-awareness.

The partner calls, the 20 day learning challenge are designed to challenge you and drive your self awareness higher. Not challenged? Your self-awareness will not grow.

The next two Playground groups, men and women separated, is starting in a few days, maybe weeks… we are negotiating the session times.

If you are undecided, and maybe are ready to jump, here is the link to do so.

PS: Obviously the insights in this article are only scratching the surface… there is more invisible dynamic even that met my eyes… and I went deep with this. So please ponder it, but don’t use it as the truth… Truth repeated is a lie: don’t be a truth repeater, please.

PPS: I wrote these lines in the footnotes weeks ago… but they didn’t bear any fruit, didn’t have any teaching for me or for you… until this morning. I put them in the footnotes, because, of course, the readers, you, are only attracted to what is politically correct and a lie. You have very little tolerance to the truth… So don’t read the footnotes, if this talks to you and you recognize yourself.2

PPPS: my 1996 eye development behavioral therapy, it seems, what to correct a brain integration issue… a condition that persisted from my infancy. Don’t discount this integration topic: it goes deep, and it is responsible for a lot of misunderstood conditions.