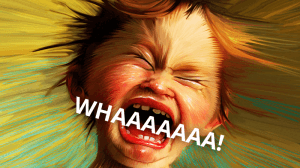 The first one you probably don’t know very well: this is the complaint that intends to move all concerned towards resolution. There is a commitment in the background to resolve the complaint, and remove it from existence.

I’ll talk more about it later, but for completion’s sake…

…let’s see the second kind of complaint. I call it idle complaint. 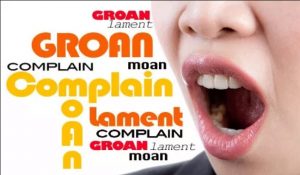 This complaint is not intending to go anywhere, it is only concerned with churning butter… treading water, making airs.

Its main aim is to keep things from changing, while making you look good, be right, and not have to do anything differently than you are doing.

The background, some of the invisible part of this idle complaint is either said, or not said, but it says: “There is nothing I can do about that…”

Sometimes no one can do anything about it… but often it is aimed at other people, saying “If they just did what they were supposed to do… all would be resolved.” Which is almost always leaving the complainer looking good, and innocent. 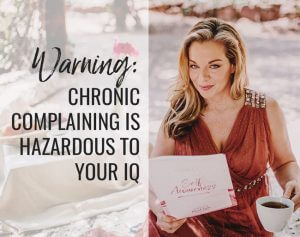 Other invisible guilty part can be your nature, your personality, your lack of skills, your badness or your goodness… as if you were slave to any of it… and could do nothing about any of it.

Ultimately an idle complaint is designed to make you look like a victim, a victim of another, a victim of circumstances, inner or outer.

Now, ultimately, a complaint doesn’t lie 100%, it is instead a tool of creating the you in the world where you are nothing but a thing being blown about. Powerless.

The construct, the name of the idle complaint structure is called racket, and it is the most destructive of all the invisible dynamics, because it, unattended, takes charge of all of your life, and renders the world to match your complaint: you are a hapless, powerless victim, an effect, everywhere.

Once you believe it, it will be so. And life lived from that position is horrible. 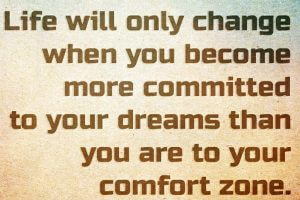 This past weekend I realized that ultimately this is the reason why the meme, “you create your own reality” is true, can be true.

It’s like a surgeon’s knife used to butcher life in the wrong hands.

While for the person who is versed, educated, has X-ray vision in the invisible dynamics, that same tool is brilliant.

I had an instant this week that shook me to my core.

I remember coming from the bedroom to my office and feeling blah.

It is winter, and I have been weak and lacking physical energy for quite some time, so I jumped to a thought that maybe I am blah because I have nothing to look forward to.

That was a thought, I could see, that could be the beginning of a slippery slide into depression. Or into desire trap. Or into really low vibration, seeking something to look forward to.

I separated myself from this complaint for a day, so I can see it while I am doing other things.

You can do that with any complaint, with any emotion, or thought: keep it visible, so you can make a decision about it, about what to do with it.

The worst thing anyone can do to jump onto any slippery slide, because they have always done so…

I saw that the common person, when they are asked what they have to look forward, they always talk about some event, that is not part of daily living. Christmas, the birth of a child, their wedding, buying a bigger house, a car, or losing those unwanted pounds.

I saw that that way of looking at life renders, turns everyday into humdrum, and drudgery, in comparison.

But life is about living, not about events. And living has its quiet silent beauty, that the event based life doesn’t consider…

I have about 14 hours of being awake and doing what I do to look forward every day. 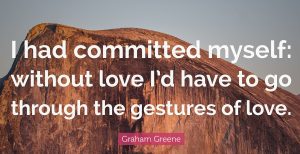 I think this is the first time I considered my life this way: I am glad I am alive.

And all I did was consider the idea “what do I have to look forward to” question the tip of the iceberg, a complaint, and not allow it to go the way most complaint take you: a few turns of the racket machine to crush your spirits.

Instead I looked if the complaint is even true… And if you ever follow me in this path, the Playground path, you’ll realize that 90% of the complaints, are not even true. They are just pretty excuses to give up on life.

All the Tree of Knowledge, surface skimming books and articles out there, keep you in the machine, and you have been complaining all your life.

How about turning this idle complaint into committed complaint, and decide to put on the diving gear, and see what is in the hidden parts of that darn iceberg, so you can, armed with new eyes, start gaining some power over the machinery. 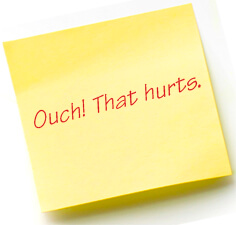 The cost of any racket is aliveness, joy, affinity (love), well-being, and a sense of power.

You pay for your ignorance with that… but ultimately, isn’t that what you want for your life? Aliveness, joy, love, well-being and a sense of power?

This is what you can get through the learning and then skillful usage of the knowledge of the invisible dynamics I teach in the Playground.

In the Playground and for the rest of life.

PS: I promised to illustrate the committed complaint in the beginning of this article.

I will use my complaint that I work free or almost free and cannot make enough money to pay my bills. Both statements are actually accurate…

The second complaint will or will not change as a result of the actions I can take to make my services not free or not almost free. 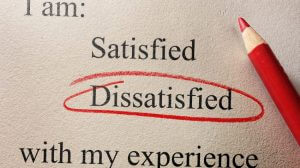 I have had a lot of experience in my life with takers, because my base nature is being a giver. 90% of the bad things in life happened because of that base nature of mine… unmanaged.

But even people whose base nature is not “taker” can be seduced by the availability of free stuff… very seductive. So being a giver is not without its sinister undertones… ugh, ugly.

Just watch people at an all-you-can-eat buffet and you can see that almost everyone will try to eat the house out of income… choose the most expensive dishes, etc.

People, the non-takers, hate themselves doing that. I never go to an all-you-can-eat buffet. I prefer not to be seduced into taking things, eating things, that will, on the long run, wreak havoc with my life.

So with a harsh email, a few slight changes on my pages, I have removed a lot of my complaint… not answering emails, or automated answering: email coaching is a product and you haven’t paid for it yet… will solve all the complaint.

Yeah… was it hard? A little bit. Was it scary? Hell yeah.