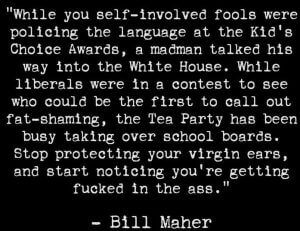 I measure this in the Starting Point Measurements. The measure is called: “To what degree you honor your emotions as reality?”

Emotions are like the hood ornament, the painted decorations, the wheel whatever shiny things on a car. They have nothing to do with where the car is going, how the car is driving, the only things that matter.

And yet, when you observe people, they hang out there, and their life passes them by. 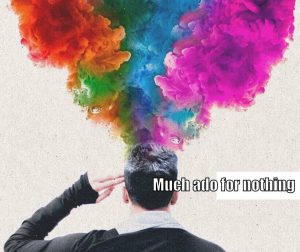 They don’t just love talking and thinking about their emotions, they even refuse to talk about the where the car is going and the how of the driving.

They don’t care. I am not 100% sure, but my hunch, observing yesterday’s partner conversations and a coaching call I had, they are afraid that if they even talk about what matters, then they will be called to account, then their real essence will show: that they don’t want to live in reality where life happens, they just want to talk about it.

The more you talk the more suspicious you should become, that you are avoiding something.

And if you don’t outwardly talk too much: include your inner talking in the amount of talking you do. Rehashing, judging, justifying things in your head.

What is the result of all this? An ineffective life… and not less important: a life you don’t love.

Why? because all this seemingly important activity takes you away from doing what would be your “job” in life: from living. Living in reality. Doing in reality what there is to do.

You only have so much energy. And you are wasting it to useless stuff… No benefit comes from any of that “thinking” that is about as useful, and as effective for life, as treading water.

Yesterday I listened to two partner calls. Partner calls are part of my Playground program, the program that is designed to turn ineffective humans into highly effective, productive humans, that navigate life with poise, grace, and ease.

We are halfway through the year long program with the current group.

The two calls I listened to yesterday had one participant talk to two different partners in two separate calls.

In both of those calls the other participant did all they could to seduce this one participant into talking about emotions, and the thinking about them, about what happened on the level of emotions, mostly guessing… projecting… philosophizing.

If our ancestors lived like we do today, the human species would be long extinct. 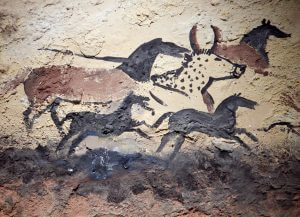 Our ancestors first made plans on cave paintings, and then went out and killed the animals they needed to feel the tribe.

You can’t kill the food where it isn’t… in your head. In words. In speculation.

What is in common between the two “other” participants is exactly that: they are not producers.

What does it mean being a “producer?”

On the lowest level: a producer does what they said they would do, to provide for themselves a livelihood, either in the present or in the future.

And this is what 99% of humanity is doing. Even at their jobs, people do as little as they can get away with with their attention scarcely on the job. 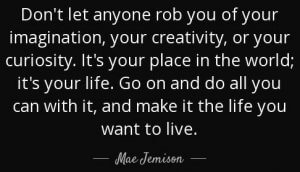 Arguably, producers have a harder life than the non-producers, the looters and moochers of the world. When you produce, you have to work, and it takes energy. You have to have organized, systematic thinking, and that is the hardest work there is. You have to take the risk of being seen, being judged, making mistakes, being found out, being called selfish.

I am a producer, and have always been. And I can promise you, the life of a producer is not easy, yet I would not trade it for the world.

Also, a producer needs to pay attention to what they eat, what they drink, how they sleep, so they can be in top form.

One of the ways you know that you don’t even want to be a producer is observing how well you take care of the physical foundation of your existence.

The “other” partners on those calls are the non-producers. One’s cell hydration number is 3% and his health number is also 3%. Artificially, intentionally kept low. After all, no one can blame someone for no results if one is not well enough, strong enough to produce, right?

I want to throw up…

As a producer and as a teacher, I find this blatant attack on Life disgusting.

The other “other” is slightly less obvious, her numbers, both, are 10%… instead of the 30% a producer needs to produce.

I am frail, and I am in need of a lot of healing. Yet my numbers, puny as they are, are both at 30%… just enough to be in the producing state.

I have recovered enough, so I can go to my exercise class today… and hope that I’ll come home on my feet… lol.

Even when people are in the Playground, unless they build all the rest of the modules, all the rest of the learning on the foundational module: What is reality?, module 1, they will slip back to living in unreality, in their heads, in Plato’s Cave, having “delightful” conversations about the invisible dynamics, about their rackets, their cases… wow, so titillating!

The first module, module 1 of the Playground has 50% of all the power of the program, even though it is only 25% of the time. It’s seductively simple… but it should not lead you to think that it’s easy.

PS: I just got an email from a forum owner… inviting me to discuss, have my say, and make his site better.

I am sure lots of people will jump on his offer… anything to justify not doing anything useful.

I am tempted to send him a response, even though it wasn’t a personal email, saying that I am too busy making a life to chat, chatter, discuss, have my say, to make his site better. lol

The more you talk, the less you grow… People who have conversations waiting for their turn to speak, are people who don’t even want to grow… they just want to talk.

Don’t be one of those people. 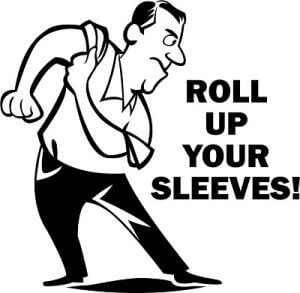 PPS: Another Starting Point Measure that is very telling is the ambition number. Ambition, in this context, is the willingness you have to put work into what you want.

But, as I noted on myself today, your ambition depends largely on how well you are. I wasn’t well for quite a few months. This past week I managed to turn a corner. I am still not well, but better. And today I noticed that a lot of what I have been unwilling to do, I suddenly had the ambition to do… So please note that your whole being is built on a physical foundation.

And most of you, willfully, don’t take care of your well-being. Like a few of my bi-polar clients, who willfully don’t take their Lithium Orotate, slipping into mania… But the higher the mania the lower the depression that comes… inevitably. 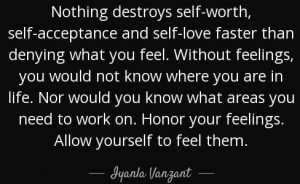 PPPS: OK, we all have these emotions… what should we do with them? Honor them as those many quotes suggest? Not at all.

You can notice the. You can label/name them. And you can own them.

The worst you can do is abdicate them, suppress them, or try to fix them. None of those work to your advantage, they are just “much ado about nothing”… “a tale Told by an idiot, full of sound and fury, Signifying nothing.”

Don’t disown them, don’t deny them, don’t try to change them. Own them… as something that is not bad, but may not be helpful if you want to live a great life.

And, occasionally, in the course, you can find the origin or the dynamic of the machine that brings all those to bear, and you’ll have clarity… But even after that, owning them, embracing them is the best way to deal with them. 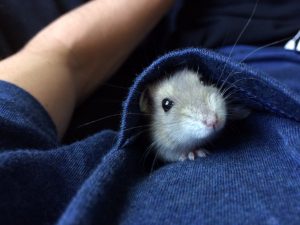 I shared in one of the classes, that as a phoner for enrollments in a course I hadn’t done, back 30 years ago, was terrifying for me. I was afraid to pick up the phone. So I looked, and saw that I was afraid, and the fear was like a little kid, or a little animal, trying to get all my attention and get me out of there… I picked up that fear, and put it in my jacket’s breast pocket… and whispered to it, as if it were a hamster: don’t worry, fear, I’ll take you with me. We’ll go together, I am not going anywhere… 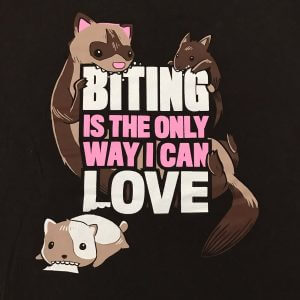 And the fear stopped resisting, and I could make my phone calls, and my results were exceptional, because I made more calls than others…

That is the producer’s way: take your fear, or whatever the emotion is, with you.