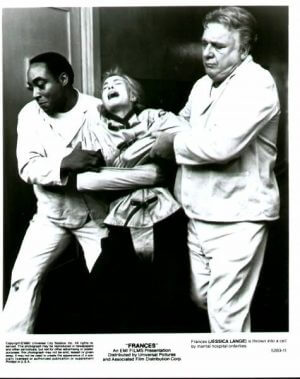 What identity? you ask.

That person you deeply believe that you are. The good person, the helpful person, the nice person…

Or the superman
Or the intelligent, well spoken person
Or the smart person…
Or the humble person…

But there are questions, because those same identity traits are at the root of some of your complaints, so there is a disharmony somewhere. 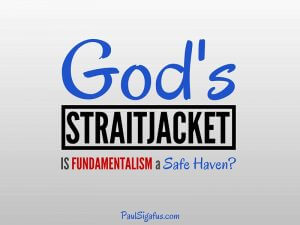 That good person isn’t allowed to stand up for themselves. Or to tell off another… They are, quite uncharacteristically, opinionate, judge, suffer about how other people are… but none of it comes out of their mouths.

And the smart person cannot quite grasp the essence of many things, but at the same time has no permission to be a beginner, bumbling stumbling clumsy person, so you cannot actually learn anything…

And that same smart person has to figure out everything for themselves, or otherwise they would not be considered smart, and almost every step of the way you find out that your answers are not good answers, and your questions are not good questions… and that you put your eyes so close to everything that you do, that you lose the big picture 99% of the time… so you are always working on the wrong thing.

So how come your identity traits that you so cherish aren’t serving you, and that you have so little flexibility, so little freedom to be?

You may blame the outside, other people, the family, society, the occupation you chose, the school you attend, but the blame lies with something else.

Your fixing nature. Your nature that sees everything as wrong, and invents and has invented rules to fix the wrong.

Everything that others acknowledge about you was your invention to fix something you saw as wrong. And now you are limited in all sides, and live in a straightjacket, that you don’t seem to get out of.

You say: I wish I could free to be myself… but you don’t know what that “myself” would be… after all you already have a “myself” and you both love and hate it. 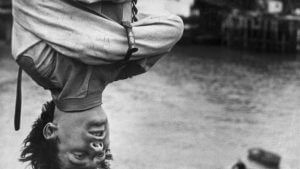 So let’s see how you can get out of this self-built jail and have some freedom, shall we?

According to Landmark Education, you created these personality traits, the elements that in a hodge podge way built the identity you now “sport” and are limited by. 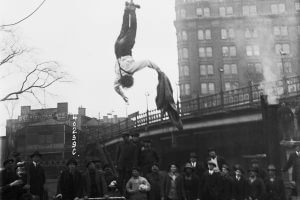 In moments, in situations, where you weren’t enough. You didn’t measure up. You weren’t a match to the task asked of you. You were too little, or too stupid, or too ignorant, or too weak, or too girlish, or too whatever you said… And that was what was wrong, and you set out to fix it.

Most everybody can identify at least three incidents, the birth of some limiting characteristic that looked like a good idea at the time.

Obviously this doesn’t allow me to fit in with groups, not even with another person, because it feels competitive, and it leaves others feeling that they you do that to slight them.

It was meant to fix the wrong… and it created a bigger wrong… something I need to keep an eye on, or it automatically takes over.

This one puzzled me for a long time. I decided that I cannot, will not trust anyone, because I can’t be sure of their real intention. Not my parents, not my teachers, not boys, not anyone… even myself… I can’t, should not trust.

Talking about straitjacket, this one decision has surrounded me, and has been limiting me to no end.

The personality trait I invented to fix that is to not ask for anything. Either take it, or go without.

I am actively working on learning to ask for what I want, and it is a struggle… every time.

One could call my type of person “independent”, but look again… it is not quite working for me.

You see that if how you are is the source of ongoing complaints, then the “personality trait” you invented, is preventing you from living a life you love, from being powerful in life, from having freedom of choice.

The lack of a real self

The biggest issue that people are left with: they don’t know who they are. Instinctively they know that they are not that personality, but who are they?

Who are you when you remove the fixed ways of being, the fixed personality traits?

One little glimpse I get when I ask that question, is that I would be kind… And I would be able to see myself (and others) as a person… not as a fixed object that needs to be handled. That need to measure up. That is supposed to be, do the right thing… But someone who is like a flower, like the sunrise, like the clouds in the sky, someone who has the right to be according to what they see as important.

Consider that the hardest of things to do, given your current mindset, where you are an object in the world of objects, battling it out.

And as I see it, as long as that is your world view, you won’t be able to see values beyond extrinsic use or monetary values to you… because the world of intrinsic values isn’t visible from the world of objects battling it out.

So you have nothing higher to inspire you than having more, better, and different… inside the same limited world of objects battling it out.

Straitjacket all the way.

So, what do you do to loosen that straps of the straitjacket?

The first step is to identify and recognize the limiting nature of the personality trait you invented.
The second step is to learn to go beyond… baby steps…

For example the giggling “humility” people in my Playground (4! 50% of the class!) will stop giggling, and own up to their superiority, or their unkindness… somehow.

Will it be easy? No. Is there a recipe? Not that I know of. I am still an eager beaver. I still don’t believe anything until I checked it out thoroughly. And I am still independent… although I have been getting better at asking for help.

If you are in the Playground, and have signed up for email coaching, you will get personal guidance… Just ask for it.

Hard time to ask for anything? Maybe then that is your first thing to learn: to ask.

Maybe even ask: what should you ask for? Because you probably don’t know. And your life is a mess, because you can only do what you can see without anyone’s help. Trust issue…

I have the tools to go beyond, but you may not… So ask: what can I, what could I ask for to enlarge my view of the world?