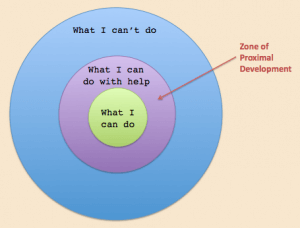 I just got an email from one-time coach of mine in internet marketing.

He says that one of the reasons he loves information products because he gets to see the difference it makes in people’s lives.

I muscle testes that statement, and muscle test says it was a lie. Or more precisely, it had a 1% truth value.

One of the most important things for you to learn from me, is that people lie.

They buy something because they want the result it promises, the result it can produce if the person who buys it uses it the way it was meant to be used.

They say: I love that product, because … and then gush about unimportant things, like their experience, colored, entirely by the glow of the promise the product holds for them.

And then, surprisingly, only about 1% of the buyers can prove that they produced results with the program.

Why only 1%? Because the rest didn’t have bridge between what they can do and what there is to do.

I am one of the 99%, or have been until I took on an internet marketing program in the 20 Day Skill Learning Challenge, just about a month ago.

It didn’t go the way I expected it to go, but it went well.

I was able to learn and do what needed to be done, 70% of what was taught in that information product, aka course.

My “normal” result with any internet marketing course, previous to that, was 0%, except the courses Robert Plank teaches, that uses a special technique I haven’t seen anyone else use. 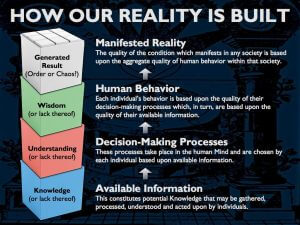 I picked out tiny pieces of the course I could wrap my brain around, that i could connect to things I already used, and implemented it. Tiny pieces.

Unexpectedly, those tiny pieces added up the 70% completion, to my utter amazement.

Would I write a raving testimonial about the product? No. My experience was that it was hard, that it was almost unintelligible, and that I could not do it. So the author of the program would consider me non-complying buyer, while judging from his invisible for most behavior, the compliance rate of the course, in essence its success, was around 1%, normal.

That means, 99% of the people who bought it didn’t benefit from it, or not much.

Now, what can you learn from this article?

One of the purposes, unconscious purpose, but a purpose nevertheless, for people to leave untrue testimonials is because misery loves company.

You brag about your non-existent results, and then others will try, and you’ll feel superior.

If you believe what other people say, they keep you in the crab bucket… so don’t.

Experience is the boobie prize… the consolation prize. Experience is important to those who don’t win… And you may be one of them… Chasing experiences, but not results.

I want to be happy is one of these experiences… Living for them is the hallmark of the unsuccessful.

So what can you do instead? Start finding out what pieces of life, or a body of knowledge you already have… for whatever reason.

And start to build knowledge next to it, near it, connected to it.

Everyone has knowledge, working knowledge, skills, they are just isolated islands, and don’t for a continent.

But you can use them.

This is true in every area of life… by the way.

In my work, where you want to develop capacities to raise your vibration, you want to look for a capacity that is closest to what you already have. And one that you can have some support, if possible.

For example, when I started, I chose to develop generosity. I was already very giving… although not generous of heart. But it was close enough…

One of the Playground partners struggles with the idea of having to do what he doesn’t like to do, because he is not good at it. His partner, on the other hand, invented a way to deal with the similar issue, his stumbling block is tiredness that seems to block him from doing what he has to do.

So when he gets home from work, he is tired. Justifiably tired. Physically tired. Mentally tired. And so he says: I am going to take a five-ten minute break, and then I am going to practice my guitar… or learn a Playground distinction… whatever there is to do.

This is a small step away from the other person’s habit of saying: I don’t like it therefore I won’t do it.

The difference is that pesky therefore word…

He could start saying: I don’t like it and I am going to do it.

Or what I suggested to another Playground participant yesterday: the more I do it the better I get at it… and then I’ll love it.

Or what I suggested to a third person, not in the Playground: learn to say: I am exercising my freedom of choice, and I choose to do what is difficult for me… or choose to remain the same.

Just by saying that HE is choosing it, not some mystical power, he is taking responsibility for it, and that is the secret.

When I saw that I could be responsible for learning this course, instead of blaming it on my dyslexia, or stupidity, or the author of the course, I can take on the responsibility as mine, and gain enough power from it, to get from a to b… and I did. 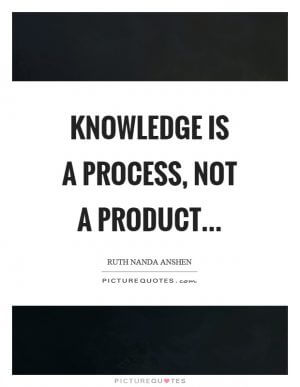 If I keep doing this, I’ll create an America size continent, and will be unbeatable.

By the way, I watch a lot of Frank Kern videos, and found that to be able to learn what he teaches, I probably need 12 little island worth of knowledge only.

And how long would it take for me to build 12 little closely knit islands? Probably six months? If I do it in earnest. Forever if I don’t do what it takes.

Is it a worthwhile goal for me? Hell yeah…

Now, in hindsight, I found what principle I used to facilitate my learning.

Turns out there was a psychologist who coined the phrase: zone of proximal development.

It’s not complicated: it is just a difficult way to say: find what you can already do… then go just a little deeper, or further, and that is your zone of proximal development level, where you can learn something new with a little help from a course, a tutor, or a coach.

If the course, the tutor or the coach is not enough… then you went to far: you went beyond the zone. 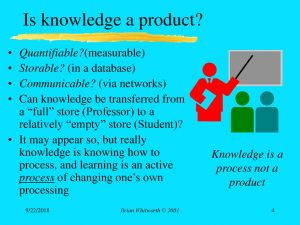 What the underlying principle is that enlarging something that you have is easier than building something from nothing.

Whether it is something physical, like a building, or knowledge, skill or attitude, is immaterial: remember, this is a principle…

So in my webinar, yesterday, I was looking at what is the person already able to do, and endeavored to enlarge it.

Please allow a little room for rookie mistakes… I have never known anything about this before: didn’t think I needed it. For that I apologize.

In my Playground course what I am most struggling with is the first thing… what would be proximal (meaning close to it) in people’s knowledge?

In my methodology we distinguish things by what they are not, and not by what they are… because that method is slowly approximate what it is… the strait and narrow method.

Obviously unless I can invent a way, there isn’t one already, that I can just go and learn.

I just watched another internet marketer’s short video: Integrate or Eliminate… and now I have a new word for this Proximal Zone whatever that is…

If it can be integrated with what you already know, then it is in the proximity, and can enlarge the area that you can build a life on. If it cannot be integrated… then it isn’t going to be useful, maybe ever.

This is a great principle when you need to pick a book to read, a course to take, a relationship to start, a hobby, a new skill, a new behavior.

Unless you can see, easily, that it can be integrated, you are barking up the wrong tree, so just move closer to what you already know, so you can integrate.

The method I illustrate above are a perfect example for integration… even if it is not exact.