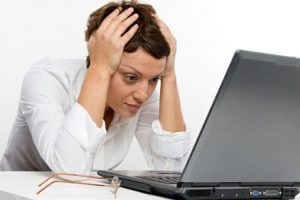 Fixate or abdicate is the “normal” binary behavior. Neither behavior serves you… it serves the machine.

I woke up this morning with a start. I had a nightmare.

I was in some exam situation where I was slowly losing my ability to grasp anything. I could not follow the instructions, and then in a lecture I didn’t understand a word the instructor, a woman with a southern accent said.

Everybody laughed, she must have been funny, but I could not make more than a word here and there.

I cried. I cried to the instructor after the lecture, if that is what it was.

Then I sat down to work, and looked at my site, and it started to dawn on me that this was a “teaching/guidance” dream: I am leaving people in the dust.

My last two articles have been written on the PhD level speaking to readers who are, at best, on the graduate school level listening.

The second part of the teaching, and it may be even more important, is this: 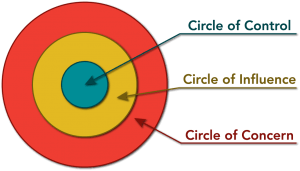 In the nightmare I started to get incoherent when the difficulties to understand began, and by the end I was devastated.

I was still incoherent when I clicked a button on the back office of my site, and the maintenance activity it brought on lasted many many many minutes, worryingly long.

Aha, I am being taught something here… because I started to feel the devastation, the worry, the anxiety coming back.

I was expecting a big fat tragedy to come, just like in the dream… but this time I said… calm down, we’ll deal with this when we get to it. I started to play Freecell, and paid attention to the game, instead of the site, which was still “hanging”.

I paid attention to my breathing, my heart rate, my thinking… and then the site came back on, and all was well.

There are two brain states that also can be seen in the eyes: focused and fuzzy/diffused. I call it fuzzy, because I control it with the eyes… 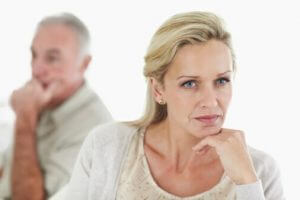 Both fixation and abdication happen in the focused state 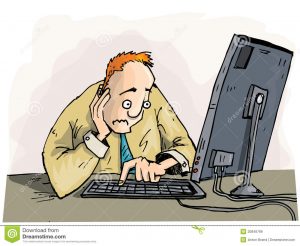 If your brain is mostly in the focused state, you are an underachiever. Almost would be willing to bet the farm on that.

Why? Because in order to escape the miserable mental and emotional state of “something wrong”, you almost certainly will put your attention on something equally unproductive, like watching TV, playing computer games, eating, or drinking.

And that is the condition most people live in, most of the time.

But life, the life that is not so gosh darn miserable, happens outside of your narrow focus.

I remember when I first saw the trees and the sky almost a year and a half after I arrived to the US.

It was the day after a four-day transformational course. A course that did one thing for me, in essence, it unstuck me from the focused mode.

One could simplify this phenomenon by saying: you have a concern. 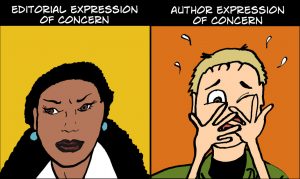 As you can see, with the first you are going to fixate, and with the second you will want to abdicate.

I wanted my site to start working again, so I started to fixate on that… and wanted to avoid it crashing, I started to abdicate that… Why abdicate? Because if the site crashed it would mean that I am really stupid…

You are stuck in the tiny issue, and consequently tiny cone of vision… as if you had your foot nailed to the floor. You can dance around it, but you cannot leave it.

In the 12 step programs, with alcoholics, or other addicts, the creators of the program realized it.

Addiction is like a concern: drinking or not drinking, for example.

So they say: Let go, let god… and at least some of the time, for some people, that pulls the nail from the foot, and they can let go… unless, like some of my students, they only let go long enough to jump on another concern, like playing computer games, or pondering some philosophical issue that won’t matter at all…

So how do you open up your cone of vision?

Clinical psychologists have a technique: they ask you to rotate your head slowly from right to left and then left to right, and see everything in the room. Make your eyes look outward.

It works some of the time… but if your brain is really stuck on something, it is not enough.

You actually need to take your attention with your eyes… and park it on what you see, the objects, and attempt to refocus on them. One after the other… as long as it takes. You’ll know if the attention is still inward, or if you managed to bring it outward.

Eventually the nail will come out of your foot, and you will be able to be present, in that room, and even breathe… 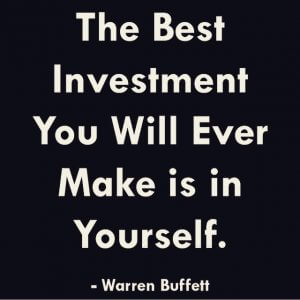 This could be called a spiritual practice…

The first step is to get present, to feel that your focus is stuck. Your eyes will tell you: when you want to move your focus, your eyes will be stuck on what they were staring at… What it was is not relevant, the “mind’s eyes” are looking inward, the eyes don’t really see what they are stuck on.

The second step is to decide to let it go. Let go, let god… and start looking around in the room. See if you can see what the eyes see, or if you are still stuck on the image in the mind.

The third step is to move the attention, move the focus, move conscious attention to some objects in the room, make sure consciousness is there. Do that until you feel the breath releasing with a deep sigh.

Continue until all the anxiety is gone.

Get up, drink some coherent water, before you return to the work you were doing, that set this whole thing off…

It takes practice, but you can learn it.

If this is what your life is like, take on this practice in the 20-day skill building challenge.

PS: In the Playground, especially in the Partner calls, we use a technique: distinguishing, to release the focus, to pull the nail in the foot.

In each partner call each of the two participants goes over one or more incidents of upset, concern, stuck self-image, life story, and take it apart, looking at all the parts. At least they are supposed to… But…

PPS: The upset process, another invisible dynamic, has the concern embedded. In an upset, the three concerns, the three causes of the bad feelings are

A thwarted intention tells you that you had a concern for your intention to go through, for people to do what you wanted them to do. In common parlance, this is called frustration.

Can you figure out what the other two are a concern for or concern about? Share in the comments, or email me if you have some ideas. Thank you for that. The more you engage, the more you learn.

Let me watch to find out how I block my own growth, Please.