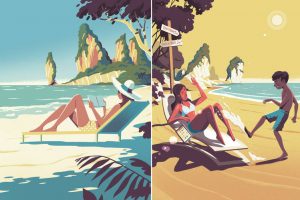 The opposite of Life is a conversation is you living in a world of object, being an object. An object. Ugh. I don’t want to be an object. But if you look, you ARE treated as an object, by nearly everyone nearly all the time.

People don’t look at YOU, they look at your body, your clothes, your hair… but not YOU.

I participated in a week long training some years ago, and the slogan of the training was “I see you”. And I remember people getting teared up from hearing that.

That is the human condition: people tearing up when they are seen as a person, as an individual… as opposed to the norm: seen as an object to use, to abuse, to blame, to push around.

I remember when I lived with a guy: I didn’t love him, I didn’t like him, he was no longer a him for me: he was this thing that came home and started to find faults with me, wanted to talk and be listened to… a bother, a nuisance, a thing I would have been better off without.

Yeah. He outlived his usefulness… as a thing.

But if you look, really look, without going to the memes in your mind, you’ll see that you are a thing for yourself, and not a person.

You treat yourself that way. You beautify it. You try to change it. You present it as a thing. And of course, you neglect it, you talk about it as if it were a thing. Or you try to define it. You abuse it. You neglect it as if it had no feelings, no preferences, no dignity.

For a period in my life I spent a lot of time in gentlemen’s clubs, meaning clubs with stripper entertainment. I talked to the girls, interviewed them, watched the patrons, talked to the staff… I had a go-go magazine to write for, take pictures, organize parties, sometimes even get on stage myself… fully clothed, for contrast.

The most notable thing I noticed is that both girls and patrons considered themselves objects.

At the time I thought it was a defense mechanism, defending the self from experiencing a moral false step… but I realized that it was more than that: they lived their lives craving being treated as a person… while they acted and therefore treated as a thing.

I invented myself and my magazine as the possibility, the conversation of being “authenticity and dignity in an area of life where it is missing”. I only found out later that it is missing everywhere.

And here is a third story, also mine. Back in 1987 I participated and assisted a lot around a course, called Communication Course. The course leader, a woman, was around a lot, training us, managing us assistants.

I noticed that whenever she was around I became uncoordinated, and stupid. I am neither, so I started to pay attention. Other than first dates, I never felt like that anywhere. So I decided that she somehow caused it.

I had already learned this “life is a conversation” bit, and “I am a conversation” the extension of that bit. I could see that the conversation she had about me (opinion?) was that I was a foreigner, a greenhorn, less than an American, a thing. Stupid and not belonging.

So I approached her and requested that she treated me like a person I was, brilliant and a contribution.

Because she was deeply immersed in that kind of world view, she could instantly turn around, turn around on a dime, and comply. I was, thereafter, able to be my “brilliant and a contribution” self… which was my own created conversation about myself.

In my work with people, this is one of the hardest things they ever attempt. Especially if and when the person’s, the other person’s behavior somehow reflects on them.

Mothers, especially, have a hard time stepping out of the role of mother, and stepping into the role of “person”, and thus consider their offspring a person, who does things they don’t like, don’t agree with.

That stepping in and out of a role is actually a mental shift that I can track in you or in myself… I even teach, or better said, used to teach in my drill classes. Step forward and up, step backwards and down, without anything moving in the eyes of the observer: you move your Self back and forth. That movement is real.

Of course, if you live fully in the mind, you’ll imagine it… and imagining it doesn’t work.

There was this famous experiment I have read about where three groups of people, basketball players, were assigned three different approaches to basketball. Group 1 did nothing. Group 2 threw baskets for an hour. Group 3 practiced throwing baskets in their “head”… they said mind, but I dare to differ.

Group 1 didn’t get better, group 2 got a little better, and group 3 got a lot better.

We are interested in group 3: they actually experienced their muscles get engaged in the exercise… I do too when I do the step forward and up. And the precision of the movements carries over to “real” life, therefor the improvement in basketball.

By the way: the same inner activity happens when you step onto the vertical plane, or when you fall off… and move over to the horizontal plane, the plane of hell on earth… where you are an object among other bothersome objects, that irritate you, threaten you, compete with you, etc.

So why is this relevant to you? 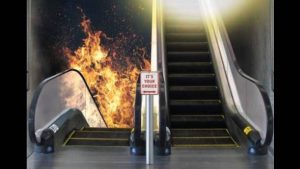 Life is easy and light on the vertical plane.

But the passage to it is very difficult, judging from my experience of teaching it.

I have dug out a series of workshops I did teaching this back in 2014, for a few months.

The first part of every workshop was to see what was already there, displacing the person. The mechanical, predictable, thoughtless behavior and attitude. 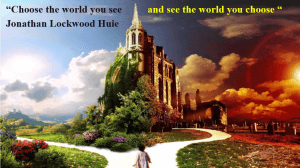 Without thoroughly mapping the “default” self, the default conversation that the self is, stingy, argumentative, don’t tell me what to do, I already know, I am trying, I can’t, etc. it is not possible to create something that will have a shelf-life.

In the construct that a human is, run by invisible dynamics, we call a machine, the default is supported by everything, while invented is supported by only your integrity.

If you pay attention, your level of integrity is very low, you can’t keep your word to yourself for very long, and very consistently.

Your level of self-love is measure of your integrity.

I am not talking about the narcissistic self love… no, the real self love where your one self treats the other self as a person, with respect, regard, and benevolence, compassion, and acceptance.

You have no idea what that would feel like, because you have probably never experienced it. The moment you experienced the separation in your world, where you became separate from the world, from the mother, you became dependent on that “love” from the outside, and you lost it for yourself.

Yesterday I listened to a Playground partner call where two participants talked. What is special about these two participants? They both talk to each other, and one other participants, every week. So they double up, or triple up on the learning and practice opportunities, and it shows.

They are deeper in the distinctions, deeper in self-awareness, deeper in getting to know their machines, and it is starting to bring up relevant questions: so how do you create a life inside the machine that you could love.

The machine is not your friend. It blocks you from experiencing much pleasure, much fulfillment, or even taking the actions in a way that could cause you to enjoy life.

So finding a way to work with the machine is mandatory if you want to enjoy life.

I think everyone has an activity where they are their best.

I used to give massages to people, and learned there to be fully present to the person. And then I managed to bring the same skill, the same beingness, to coaching and teaching. Seeing the person while I see them. Tracking how much pressure they can take, how they respond, and adjust my actions accordingly.

I even write my articles that way: I don’t push through when it becomes difficult, I release the pressure, and wait for the “muscle” to settle and accept more.

I even read books, or watch Netflix that way… treating my own reactions the same way: treating myself a person.

That is, obviously, my soul correction, which I work on in everything I do. Everything.

Fall in love with yourself

You can learn a whole lot from just listening to the calls of the workshops. They are called “Instant Coherence” or alternatively “Fall in love with yourself”.

You can get one call for $25, and all four of them for $40. Each call is a gem by itself. You can answer the questions I ask each person for yourself, and get yourself to a place where you can invent an inspiring conversation about yourself that will bring about you living on the vertical plane.

The original participants paid $25 for each call. And that was seriously underpriced.

But I want you to have it. I want you to be able to have the kinds of conversations where you can grow, where you pay attention to what matters. Without that guidance you’ll find in these videos you’ll remain in your tiny cave of the mind, and never grow.

You can go to get more information, or you can buy it right here.

Get the Instant Coherence workshop