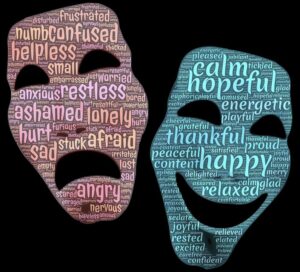 This article took me a long time to write, and it is so-so… It’s a difficult topic… It’s about being Clueless. The why and the how and the ‘now what?’ And the WTF?!

You don’t think you are clueless… You say you are confused, you don’t understand, you didn’t hear it… but clueless? No, that you don’t ever consider. Because if you did, you would have to do something… and that you are trying to avoid at all cost.

But we, all of humanity are clueless… with some clues that lead us to pay attention to what we know, and not to worry about what we don’t. And this is true across all strata of humanity, including scientists, smart people, ignorant people… everyone.

Why? after all it is rank stupidity!

One of the favorite sayings of T. Harv Eker is this:

what got me from serial loser to winner is this sentence:

When things are not working, not working out, there is something I don’t know.

And then I looked, I asked, I caused myself to look where I had not looked.

Result: he is a multi millionaire. 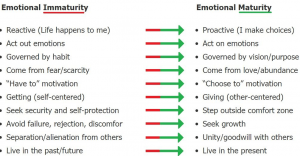 Your level of cluelessness is inversely correlated with your level of awareness, self-awareness, and reality-awareness. Your awareness of reality. And your awareness depends on the size of your cone of vision and on your about-me score. And, not in the least, on your ability to tell reality from unreality, made up, mind stuff.

To be aware you need to be in the present moment, you need to have a wide cone of vision, and you need distinctions.

You need to be at least somewhat astute… know if something is real or not… Because looking at something you can’t recognize but is similar, for example, won’t make it the same as what you think you know…

That cannot be called awareness… can it? I call that, in my Starting Point Measures, delusion…

The opposite of awareness is not unawareness: it is delusion.

When I was 28 years old my much older boy friend sat me down one evening and said that we needed to talk. He started to teach me about men. He taught me that men, when they walk or drive you home and ask if they can come up for a cup of coffee, they don’t mean coffee, they mean sex.

I was mortified, dumbfounded, because I’d never known that, and I had been wondering why I had to get better and better fighting off men who wanted to have sex, in spite of the fact that I had no intention and no indication that I wanted to have sex.

I had myself as the alpha and the omega of things… and I assumed that everyone was like me. They weren’t.

I was clueless about people.

I was plain spoken, straight as an arrow, I said what I meant. It never occurred to me that other people would be different. That people would lie, use each other, borrow money they don’t intend to pay back, pretend that you are friends while they destroy your reputation, come to a party in your house and steal, compete with you… etc. 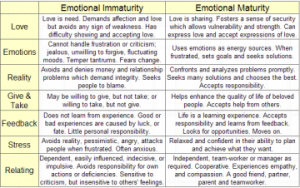 I didn’t know any that. When things happened, I never made the correct conclusion, that it is just human nature. I thought it was a bad individual. So I was really clueless.

I also didn’t understand why so many people didn’t trust me: I have learned since that it takes one to know one. The saying may be true but it seems to be quite true about bad things.

So from age 28 till now, 43 years have passed and I have been educating myself. And yet, I am still surprised when I stumble on total cluelessness, mine or yours.

One way to be clueless like I was: innocent and therefore ignorant.

Wanting love, wanting to be useful… and attracting all the users… and crying foul.

Another way is to be someone with a hidden agenda, not expecting other people to be just like you… with an agenda.

All agenda is desire to receive for the self alone: dupe another person, and gain power over them. Borrow their money, their umbrella, and then complain when they want it back…

Or lend them money with the expectation (expectation is the politically correct name of an agenda!) that they will love you forever… Instead they will pay your money back, or give you a lot of politically correct reasons to complain, to gossip, to be angry, to feel cheated, slighted, superior, etc. But they won’t love you, they won’t be a good friend to you… That is not how life works. That is not how human nature works. 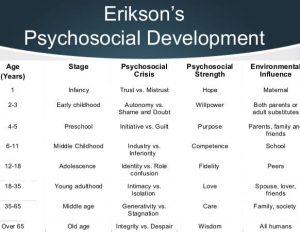 One of the signs of growing up, of maturity should be that you know that people are individuals, dealing with their own issues that are different from yours. And no love or like for a reason is lasting or real.

Judging from behaviors I can observe, maturation doesn’t finish till around age 26, maybe even later. and if you didn’t have a friend like I did… it may never comes. I was 28… a late bloomer.

Little kids cannot see anything from another vantage point than where their eyes physically are. Or walk in another’s shoes, not literally, of course. Not many people acquire this mature, this adult capacity, and suffer for it.

Ultimately, the ability and willingness to take responsibility for your behavior, your actions, for the consequences is part of becoming mature.

Mature isn’t old… it means to be in the possession and be able access your adult capacities.

I measure that in my Starting Point Measurements 2 . 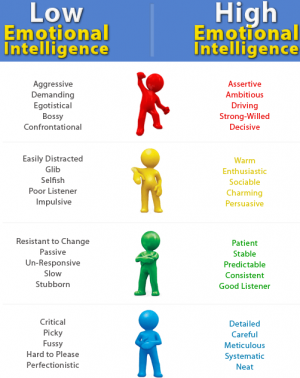 That measure pretty much gives me the big picture about you and tells me a whole lot about your upbringing, and your abilities. Men have a higher number than women in having access to their adult capacities: women are trained by society to defer a lot to men.

Clueless is a person whose maturity level is low, whose access to their adult capacities is low, whose emotional intelligence is low. Virtually all people.

Emotional immaturity vs emotional maturity is a big topic, and there are thousands of books, articles, theses published about it.

It’s a lot of work: no one course will be able to cause it all. Why? Because you can only act and practice what you can see… and the veil lifts only slowly, gradually, because you need to be able to see your own shortcomings, your own desire to receive for the self alone, your own delusions, and own them, before you can benefit from seeing reality fully. 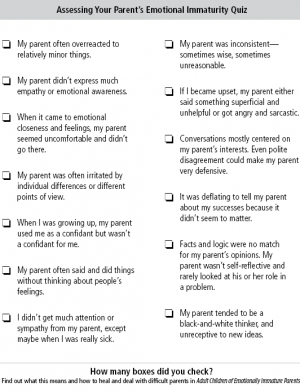 Seeing yourself, the way you are, with sober eyes, without condemnation, regret, guilt, shame, is beyond where you are now… Let alone embracing, owning the stuff that you’d rather not have, or you’d rather keep but lie about.

It took me 10 years to declare myself stupid (stupid as the stupid does, not a lack of mental capacity!) and start my journey, in earnest.

You and I live in a world of emotionally, intellectually, socially immature people. This includes your parents, your peers, your children, your teachers, your gurus, your PhD’s, politicians, do-gooders, doctors, everyone.

You will not get any or much support from them, because your attempts at learning to become mature will trigger their crab bucket reflex. So I recommend that you learn to become mature as a self-study.

Obviously you will need to have a certain level of maturity already, to be able to keep your mouth shut. Certain soulcorrections cannot keep their mouth shut… If your soulcorrection whispers to you that you are superior, that you should lead or teach others, you’ll talk, and never grow, never learn.

Each and every soulcorrection deals with one main and a few secondary lack of emotional maturity issues.

All children lack those…

Here is an extreme example: you act as if you were a psychopath… Psychopaths can’t feel pain, can’t feel guilt, and can’t learn from experience.

When you start feeling bad about your faults, that’s when I start having hopes for you ever becoming mature, ever be able to learn. Judging from the age when this happens, I find 25-26 years old a good typical time when this sudden and dramatic change happens.

If you lack the capacity to feel guilt or learn from experience, then you are beyond repair… and I won’t work with you.

Here are some of my courses and how they approach the issue:

PS: Here are 11 quotes from that same coach, Mike Litman