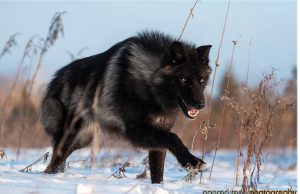 Something I just read made me get up from bed and come back to my computer. It is something I have almost forgotten… even though it was one of the most important things I have ever learned.

It is: instead of fighting the bad, grow the good.

Of course, some of the principles we live by become invisible… this is one of those.

It’s not my invention. In fact the two wolves the Indian (Native American) tale speaks of, use exactly this principle: feed the good in you.

But the way it was worded in the book I just read was more profound. It says: Let me grow more of the good myself so the bad is less of me.

I didn’t need to kill the iceman (in me). I didn’t even need to fight him. I just needed to make more of myself, so that he would be less of me.

Now, that tale, in memes, has been seen my millions of people. They nodded, but none of them managed to do anything about feeding the good wolf…

It seems that it is human nature to want to focus on what is wrong, and when I say “focus”, I mean “nose to the grindstone” fixated on it to the expense of everything else. 2

More often than not, you need another person who’ll hold the space for you to be good, generous, clean, etc.

This fact, that humans can’t look at what’s right about them, comes out in many ways. One way it has come out, for me, is in the skill-finding workshop.

The skill finding workshop asks you to write seven stories, one a day, about a project you accomplished, and you enjoyed the doing of it, not just the results.

People have success stories where they enjoyed the results, money, fame, etc. but not the process. Many jobs are like this.

But these stories only tell me how you are unhappy, unfulfilled, and wasting your life.

Most high-desire people don’t have any suitable stories to share for us to find the skills they enjoy using.

The skill finder workshop is interested in those skills, and endeavors building a life on using those skills, so your life can be fulfilling AND result-ful…

This example shows that having a result focused approach to life takes your attention off the good in you, and places it on what you want instead… what you don’t have.

Putting your narrow cone of vision on what is wrong makes your life appear, makes you appear as all wrong.

There is a meme, I think famous management coach said: build on your strengths. I found 125 million sites talking about it… but because no one really knows how to do it, it is all Tree of Knowledge, low truth value, low usefulness value.

In Syracuse, NY, people focus on the long winters, and complain that the weather is always bad. They don’t remember the good, the bad weather is called up from memory. And every time the weather is obviously nice, they seem surprised.

When I first read the famous book: The One Minute Manager, and what it teaches: notice the good job and emphasize it, praise it… and to notice the bad job and reprimand it while praise the person… ugh… I knew that it wasn’t in my nature to do that… and that I was never going to enjoy success through other people… unless I learn it.

So, just now, I re-read, or better said: re-listened the book, and I realized that in the Playground program I have implemented some of the methods the One Minute Manager teaches, without ever remembering the source of the knowledge.

I have had somewhat effective courses, where we met four times a week… It was as close to total immersion as you can get on an online course…

But I was still limited in my view to what people did while in the class, and none of what they did when at home, at work, at wherever. And that is the important part of life, not what I normally can see. 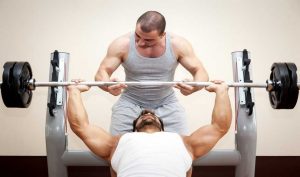 So I can give them, almost instant feedback, a one-minute praise or a one-minute reprimand… so they can be “spotted” from left and from right.

Now, here comes the important thing, the thing that connects us to the two wolves: 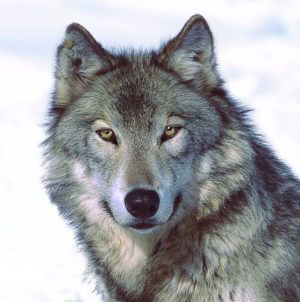 What the two wolves story doesn’t say, because it is in the invisible dynamics of a human: unless you are willing and able to catch the wolf you don’t want to feed, you won’t be able to feed the other wolf.

What does it mean catching the wolf? It means seeing it clearly. Not just the visible parts, but the why’s… the invisible dynamics. And when you are willing and able to see the wolf, you also need to share it with your partner, so you can publicly be authentic… authentic about your inauthenticity.

If you are unwilling or unable to catch it, you won’t be able or willing to feed the other wolf…

I haven’t been able to cause a breakthrough with everybody… yet.

Interestingly my two brothers belonged to these soul corrections… What is the relevance? Probably nothing.

Because everyone wants to become the best version of themselves, if it is possible.

It seems that we have found a way. It is not fast. It is not difficult…

It is unusual… it is a different kind of learning. It may take all you’ve got.

But it is definitely worth it.

One of the things the Playground teaches you is totally opposite of what the culture, especially in the US of America tell you: it teaches you to learn the process, get better at the process, instead of having some result that you are hellbent on.

The three difficult soul corrections are exactly the opposite… by the way.

PS: I read a lot. I read mainly fiction.

I have distinguished, after reading about 100 books in the past 3-4 months, that the authors whose vibration was under 200 had heroes and characters who were largely not self-aware… they would not have been able to feed the “good” wolf and starve the bad wolf, unless they had a better part, a wife, a friend, who had a vibration higher than 200.

The inner struggle, the consciousness that you have two “wolves” living inside you, and they struggle, fight for dominance, is reflected only in a few writers’ books.

Just thought I would mention… The dude whose hero I quote has a vibration of 210… and the hero, a professional assassin… his vibration is 200. It is not only what you do, but how you do it. This assassin, John Rain is a process guy… not a results guy. He knows that what produces the result is the process.

And in that quote, he invents for himself the process to start to feed, not the assassin, but the person… Brilliant.

PPS: As long as you are attached to the status quo, you won’t be able to change.

The Detached capacity taught in the Detached workshop, the capacity to step back, from anything, from any place, to step out of the mind, is crucial element of success here.

Learn to detach from anything… and be free