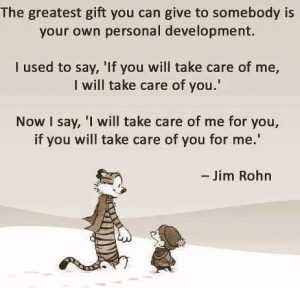 You know the people you deal with: they are just like of you… 99% of them 99% of the time are incompetent, late, shoddy work, nonexistent knowledge, sloppy delivery, tunnel vision, no distinctions.

But, of course, it will require something you haven’t been willing to do: get better. Learn deeper, more, more precisely. Practice, and bring integrity to it.

Deliberate practice, the rare phenomenon, is rare because people think: practicing is doing it the same way, over and over, expecting a different results.

One of the characters, a literary character, practices marshal arts, etc. every day, hours on end.

Lincoln, the president, said: I’ll sharpen my axe for five hours so the one hour I spend with cutting the tree, the axe is “competent” to do the job.

And you read it, and you probably say it, “good for you Lincoln, see what it got for you? assassinated.”

But I’d rather be assassinated than just be nothing at all. A nobody. A wannabe.

How do you NOT build competence?

Sometimes the inverse inquiry is the most effective.

I am going to heavily rely on the behavior of my students, so this is not a general question, but like with any principle-sounding sentence, if it is not true everywhere, it is not true anywhere.

One of the common characteristics of people who fail to build competence, is fancying themselves already there.

It is a character flaw. And maybe it is also a lack of self-knowledge, a lack of awareness, a lack of willingness to be a beginner.

Some movies are brilliant, and their brilliance is lasting. So is with the original Karate Kid. 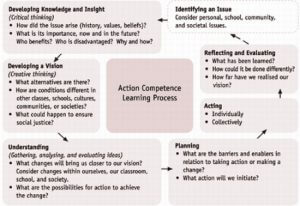 In that movie Mr. Miyagi has the wisdom to know that the kid, Daniel-san, KNOWS karate by having seen it… so he has preconceived notions on how it’s done.

So he teaches Daniel-san in a way where he learns the basic moves without the help of his eyes… he builds muscle memory first.

People have a hard time considering going back and building competence if for some reason they didn’t have their own Mr. Miyagi, and they started wrong.

I have been one of them: in architecture. I missed an entire semester and its step by step building blocks system of knowing what is inside roofs, walls, etc… and I could never go back and learn what I missed… and lost confidence in my ability to ever know, really.

And probably every other areas of life… When I muscle test my competence level, in general, I get 60%.

My most self-confident sounding/behaving students have a competence level under 10%… and until they get, in their bones, that the foundation is missing, they will not be able to change that number.

In a world where the average competence level is 3%, where the President of the United States of America is below that average with 2% competence, it is not an accident that people have a “good enough” threshold that makes them incompetent in most areas, including their profession.

Famous basketball coach … keeps on his team practicing the basics… because all excellence is build on the basics performed excellently.

Not interested in feedback… unwilling to hear the music

I have had a student who didn’t get a raise she had gotten every year. She was angry about it, and scared… When I asked if she found out what her boss had to say as feedback, she said she didn’t want to hear it.

Accurate feedback plus a method to improve one’s performance is crucial to increase one’s competence.

I have a student, who has one area of life where he is very competent. 70%. In other areas of life not so much: his average competence level is 10%.

He astutely observed himself and how he learns best, and added two areas of life to where he can raise his competence level: the work of the Playground, and playing the guitar.

He is diligently building muscle memory in either, both with frequency and with intensity, continually soliciting feedback from other people, like myself, or a guitar teacher.

If feedback is not the most valuable thing for you, instead is a reason to argue or feel devastated, you are not likely to get more competent.

Your illusions about yourself will keep you from getting better. 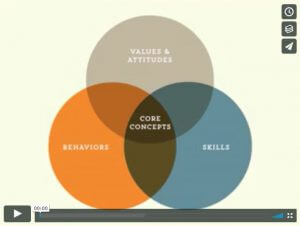 Considering oneself an indivisible whole… not a team of parts, aspects, etc.

This mistaken world view may come from religion, or religious parents.

Competence is not an intrinsic value, it is the value you can produce with your activities: worldy values. Exchange values.

And being poor in competence has no relevance to your value as a person, the intrinsic value.

Now, I need to make a detour here, a clarification: being pleasant, being a good conversationalist, being uplifting instead of being a cry-baby, a depressed “clod of ailments and grievances complaining that the world will not devote itself to making you happy” is still an extrinsic value. Not intrinsic. Intrinsically we are all unique, special, and invaluable… while extrinsically we cover the whole range of not at all – to immensely valuable. 2

For a coach, a teacher, you taking the coaching willingly, is the most endearing extrinsic value.

Whether you are sullen, threatened, argumentative, belligerent, resistant, superior, these, for the coach are all extrinsic values that diminish their ability to take you where you said you wanted to go. Competence in one area of life or another.

Intrinsically you are like everyone else… but extrinsically you may be someone who cannot be trained, who insists on being stuck on a low level of competence. Or you may be a shooting star who takes training well and will end up at the top of your game… the game you choose.

It is not easy to get competent in a game you haven’t chose, but others have chosen for you, or chose temporarily and now became your main occupation. But even though it is not easy, in my humble opinion, unless you really hate it, and unless you have already something better, the first job to do is get good where you are… so you can keep all your power about you.

No effort is ever a waste… I got trained as an architect and I haven’t done architecture for 31 years… I trained myself/got trained in 20 some other skills and crafts, and it is never lost… being a rounded person is always a good bet.

Did I get really competent in all of those? No, not even close. And yet, the sum total of my competence is unusually high… while even if you are good, really good at one thing and nothing else, you never reach my level of competence, because life is more than just one profession… Life has four pillars, health, wealth, relationships and fulfillment…