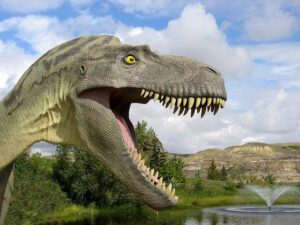 You can be very happy with your life and grateful for its many blessings while simultaneously desiring more.

The quote is from a book by Rabbi Daniel Lapin: Thou Shall Prosper: Ten Commandments for Making Money (p. 3). Wiley. Kindle Edition.
There is a whole group of people that specialize in helping you find your deepest desire… the desire that has enough energy to motivate you to take risks, to learn new things, to become an expanding and happy human being.

And every time they teach a class, one or two people claim they found what was an authentic desire for them, but we never find out if that desire had enough energy for them to get over the hump.

The rest, the 99% feel inspired for a few days, but eventually they return to their colorless existence: they didn’t find a desire, they have wants, but wants have no energy.

When you ask people what they desire, their attention goes instinctively to what they don’t want.

If you ask people to write two lists: the first will be things they want or desire. The second will be thing they don’t want and now have.

There is a French saying: The more things change the more they stay the same.

Why is that so? Because in order to change something you have to look at that something and tweak it, reverse it… but what is retained in it? The image of that what you changed.

You need to develop a sensitivity, a kind of BS meter to detect change, because it is easy to miss.

You need to start with a blank slate for something new to be created, something that doesn’t drag the past into your future like your cat drags a dead mouse on your welcome mat.

But where and how do you find a blank slate?

There is a Landmark technology for that, but I am yet to see a person who will be willing to really do it.

It is a lot like in the Hungarian joke: ‘There are two paths for the Hungarian intelligentsia: one is drinking, the other one is undrivable.‘ It’s a joke, but it really isn’t.

The Landmark technology says that you need to clear away everything that is past.

Say it, collage it, and then, when you have said it all, you will be standing in nothing… nothing signifies no past, no meanings, a blank slate.

But… in my 26 years of participating and coaching in Landmark: it is pretty much the undrivable road, except for a few exceptions counting in the single digits.

Why? Because when you speak, and I mean you, the ‘normal’ person, you use your language to perpetuate the past. Your entire ego is vested in perpetuating it, because your continuity (survival) seems to depend on it.

So only people who are willing to risk everything in the hopes of ‘there is life after death’ will risk everything. That is a small fragment of one percent.

May I brag for a moment? Back in 1981-1982 I was planning to leave Hungary and go to Israel. I mean, defecting Hungary. Leave and not go back.

I had a second cousin there of my father who encouraged me. He promised that he would be like a father to me.

I didn’t speak Hebrew, the Israelis sounded like savages, and I was going to leave everything behind. The language, the people, the culture, my family, the food, the weather, the way I dressed: everything. It was really dying, in a sense.

The way I described my dilemma, with 20/20 hindsight, that it was like suicide for someone who is an atheist hoping they are wrong and there is an afterlife.

Another way to see this ‘jump’ is to imagine that you are a newborn little bird. You are in the nest, you mommy brings you food, and life is grand.

One day your mommy says ‘jump.’ You watch your mommy fly to and from the nest. You may even see your brothers fly, but you are looking at yourself and you are clear that you can’t fly.

They say ‘jump and grow wings on the way down.’ That’s crazy, you say.

It is a sink or swim life, but you have been choosing to stay in the nest, be fed scraps, hoping that one day you’ll be rich.

You see why so few people choose to create something entirely new: it is frightening, it’s scary…

So why are some people willing to jump and others aren’t?

The answer is simple: they have a stronger connection with their Life-Force. By Life-Force I don’t mean a physical thing, it is entirely spiritual.

But, you say, if my connection with my Life-Force isn’t strong enough, what can I do? Simple: strengthen it. How? By connecting to Source, or your spirit, where your Life-Force comes from. As often as you can. It may take weeks, it may take months… depending on the strength of your original connection. But you will win.

It is your Life-Force that gives you the courage to jump and grow wings. By giving you a burning desire to live the advancing life.

We are meant for that, we are built for that. We just lost the connection with the Power Source.

This is what this next phase of evolution is all about. Will you be part of it, or will you be left behind? Like the dinosaur…

The difference between the living and the dead is desire.

3 thoughts on “Drive, Passion, Desire, Want? Which Should You Cultivate?”