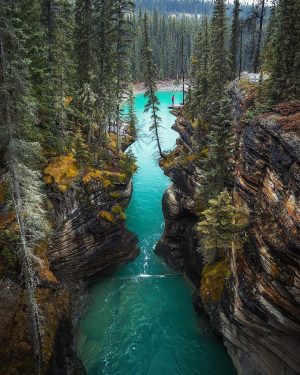 The power of “instead of”

Consider that it is not what you don’t do that gets you into trouble, but what you do do… or what is the meaning of the strait and narrow method of going to heaven, whatever YOU call heaven.

But what if that attention, that focus is misplaced? What if what you ARE doing is what really creates the consequence of an unsuccessful, unhappy life?

In yesterday’s Playground session it was starting to get clear to me. No matter how many new things a person tries, how many items adds on to their todo list: what they actually do is what makes them miserable.

In the Playground we attempt to get to reality. See reality, interact with reality. And that is not an ordinary feat, given people’s predisposition to drama. To feel alive only when there is drama, and look at their lives as boring when there isn’t.

The story that teaches how to catch a monkey is perfect to teach you how to catch a human: it seems that a human will sacrifice their whole life so they don’t have to let go of anything. 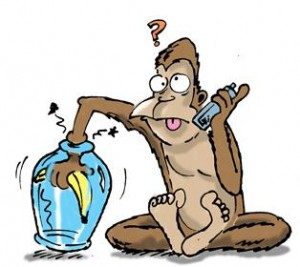 Any human will start to explain why they need something, why they are justified, why they did or do what they do.

Explaining is the tip of the iceberg for the person who will never let go.

Letting go, it seems, is more threatening to a human than a lifetime of suffering.

In order to be free of the useless, painful, selfish, dramatic aspects of the life you live, the caterpillar horizontal plane life, you have to let go…

You have to allow the caterpillar to die and the butterfly to be born.

Well… if you put it that way, Sophie… say millions of people who fancy themselves butterflies… or caterpillars wanting to fly? You tell me. 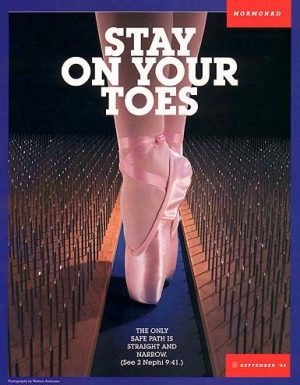 I caught this by accident.

One of my students was unpleasantly surprised when his ex wife said yes to a request… instead of her usual no. And he was experiencing a pang of disappointment: they didn’t argue, and he wasn’t justified to be angry at her.

No drama? no excitement? his mind screamed… an empty life! Baaah!

He wasn’t rejoicing that there is now room to do something useful with his life, even if it is just doing nothing… aka resting. Recharging his batteries.

What would happen if you stopped doing the unproductive things you do, in any area of your life?

What would you do with the vacuum that would create?

The Anna Karenina Principle, paraphrased, says that there are millions of ways to have an unhappy life, but all the happy people are very similar in most ways. 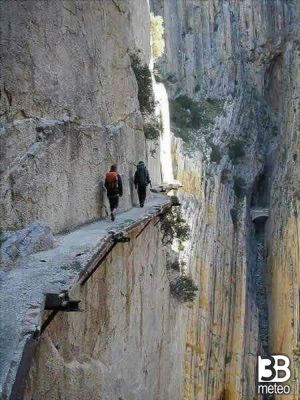 In healthy eating it is a daily struggle. When you eat something that doesn’t make you healthier, you don’t have room, appetite for what would.

This principle, I think, is the most visible in the arena of health… whatever you are doing is preventing you from doing what would make you healthy, energetic, vibrant. but it is true everywhere.

And when it comes to work… it is also quite visible: you do hundreds, or at least tens of things that don’t produce the work, but take energy, time, attention, glycogen to do, and ultimately you become an underachiever.

In relationships, in love, in sex… ditto.

I call them, often, sideways moves… You do something to avoid doing the one thing that would make it work.

Why? I don’t have an answer for you… albeit I had a sideways move I used for some 55 years. My ultimate and unconscious goal was to remain a victim, an accuser, a prosecutor. And it has given me a last vestige of my old identity of the recovering victim… stomping through life, because I am justified.

Last night, it is morning now, and it is still fresh on my mind, in a dream, I finally gave that up.

As I am writing this, fear is creeping up from my stomach to my chest… I gave up my last “no matter what I do I can’t” lie… I can. It may be difficult, but I can.

Goddamit… lol. I am flying. I am a butterfly… A little tense… OK, very tense… but flying.

This is how to do it. This is how to move, little by little, step by step, from the Valley of the Shadow of Death to the vertical plane… where nothing is EVER wrong.

By stopping the sideways movements… and staying in the game… doing what needs to get done, without cutting corners, doing it until it is done. 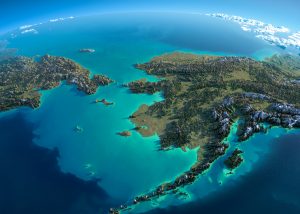 “Nothing hidden,
being truthful and honest,
doing complete work,
working from an empowering context, and
doing very well what you do; doing it as it was meant to be done or better, and without cutting corners.

Integrity is being true to your values, standards and ideals.

“In other words, HONORING ONE’S WORD:

honoring your word as your Self

The steps are simple, and small. Nothing threatening. The way you cook frogs… raising the level of integrity one degree at a time…

It’s taken me years with each item I needed to own… especially with my health and with my behaviors with others. Work hasn’t been as much of an issue for me. It may be your main issue.

Work on what you see… work to own it… 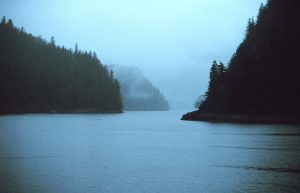 Anything that you don’t own you cannot eliminate.

It won’t take you forever like it’s taken for me, because I am, and my programs, are here to help you work it through. I had to do most of it on my own.

Once you own something, let it go… It may take a declaration, it may take testing that you can survive without it… give it a chance.

Muscle testing says you need to get to 30% integrity to start experiencing freedom, lightness, the lightness of being. And to be able to return there when the remaining 70% pulls you out of heaven: it will. Guaranteed.

We only learn about the bliss of big names… never about their grief.

But given their level of vibration, they had a lot of grief.

My favorite guru is Osho… 10% integrity. Why? Because he lived a life outside of “normal” life where you have to work for a living.

Same with the Buddha.

Any guru that takes you out of “real” life where you have to make a living, have to provide your family, have to decide what to eat, what to wear, what to do for enjoyment, is a false guru teaching you b.s.

That teaching is useless. Because unless you can fly in the world while doing all those things a normal person calls their life, and be light and worriless, and have grace and ease and power… you haven’t let go of the caterpillar, haven’t let go of the Valley of the Shadow of Death. Not even a little bit.

I have been listening to two people’s stuff who insist that most likely there was a person whose memory lives as Jesus Christ… My muscle testing says: no. But, of course, I am not a historian, and personally have no idea.

But just like Ayn Rand, who created the literary character, Howard Roark, people would love to have a character who is all perfect, to show them how to be a MAN… and this Jesus character could be IT.

Nothing wrong with it… if you use it like that… it can be really useful… albeit he, the Jesus character also did more talking than living like a normal person… so I am not sure how useful it is for you in your desire to become a butterfly: a human BEING.

Not mentioning the fact that when you read about anyone, you find out what they did, mostly, and not what doings they let go… even though the most relevant elements of their example is the things they didn’t do, the things that you’d better let go of, yourself.

How did they stop listening to all the good advice of the masses… and start listening only to their inner guidance? Did anyone write a book about that?

In the Playground we only deal with letting go. Stopping doing. And at some point having room to activate that inner guidance. At some point… When your integrity reaches a certain level… so you can start honoring your word as yourself.

PS: I am sitting here, waiting for a phone call. And I am feeling the caller’s anxiety. He spend a lifetime not ever letting himself do what would show him that he is less than he fancies himself to be… to let himself do what he could do to ever be successful, happy, fulfilled… no… the price, finding out what he has always suspected: that he wasn’t good enough, is too much price to pay for happiness.

PPS: I had a 90 minute conversation with him… and I was right. I also discovered that in the area of money I still have ways to go… I have been making depression wrong… and my worldview has been that if I made more money than the minimum, I would get depressed…

Oh… well. At least now I have something to let go of… to be on the strait and narrow.

You can’t join the Playground now. But you can get the recordings of past sessions… if you want.