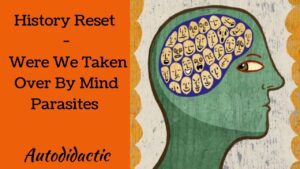 Can you learn how to have peace of mind, productive, and maybe even happy from Colin Wilson and from the book The Mind Parasites?

Colin Wilson died a few years ago. He left a legacy of of many many books, some of them I have read. His vibration was 200, and yet the book can leave you a lot more empowered than Colin Wilson ever was…

This article is about that… how to be empowered by that book, the idea that there are parasites, mind parasites that have their own agenda in your brain. 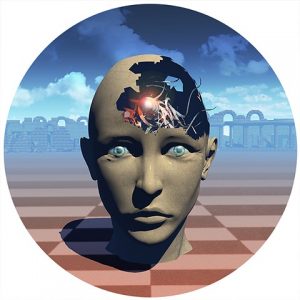 The Mind Parasites is a science fiction novel… if you take it at face value it won’t do you any good.

The story is simple: one scientists, accidentally, gets a glimpse of entities in his brain, writes it down, but the entities force him to commit suicide.

In his suicide letter he leaves his notes to another scientist, who eventually reads them, and learns to himself see the thingies in his brain… and then gather other scientists.

They train themselves to move stuff with their brain, telekinesis, and eventually, in the war that ensues with the now named thingies, mind parasites, they eject them to save the planet and humanity.

It is not the outlandish story that teaches you, it is the how. How to and how not to be, behave, talk, if you know that the mind parasites can watch, or listen… or stay blissfully unaware.

The Mind Parasites is Colin Wilson’s “model” of how you got to be the way you are, how every human is: unreliable, impulsive, being your worst enemy, your moves making absolutely no sense most of the time. 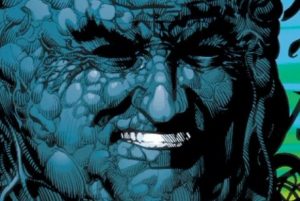 That “something” lives in every person, and that something is not your friend.

That something is what Colin Wilson calls the mind parasites… one thing with many locations… Other people call it the ego. We, here, on my site, often call it the Dark Wolf.

What no one other than Colin Wilson teaches, to my  knowledge, is how to trick the mind parasites to allow you to do what you want to do, to fulfill your destiny, to feel good about yourself and your life.

The most important thing I learned from the book is to tread lightly.

If and when your verbalized intention would take you from the “rails” you are on, going nowhere, to “rails” to where you intend to go, a new place, where you could and maybe would do something meaningful with your life, something that would make you feel good about yourself, maybe even be proud to be yourself… the mind parasites wake up, and go to work.

Your sudden fears and anxieties are a good indication that you didn’t tread lightly. That you tipped off the mind parasites that you are up to something, or that you hope to get something that you want to make your life better.

They will suggest that god loves you, that you are deserving, that you have already earned what you want. That you are smart, talented, and that is enough.

Sometimes I get really lucky… like in yesterday’s Open Microphone session that I hold on the last Wednesday of the month.

I had people on the line, people who are not my students, and who added a lot of new colors to the conversation.

The father of a guy (I will not say names) who had a traumatic brain injury almost twenty years ago, at the beginning of his adult life, and who has been trying to fix his brain ever since. He shared that his son has been seeking healing through Ayahuasca and other hallucinogens, and is having frequent conversations, taking guidance from some spirit… I didn’t catch the name of it.

Some of my students really enjoyed the story. Very educational was to me to see that the students who secretly don’t want the nature of reality to be the way I say is the nature of reality: they’d rather have reality more like gods and spirits and angels and law of attraction… where they can get something for nothing. I don’t think everyone on the call got that… I hope they will get it from this article…

You cannot do the work I say works while you hope that what I am saying is not the truth… or not the way… or however we would want to say that you are worshiping  two gods: you are an idol-worshiper…

And as it always happens, as it must happen: between two chairs, you’ll end up on the floor…

Obviously those students are listening to the “mind parasites…”

The other thing that happened on the call is also significant: two people, not students, asked: why do I feel what I feel? I don’t know why I feel the way I feel.

Obviously that is not the best question to ask, and I discourage my students from asking it.

And yet, it is a useful question for me: it gives me an opportunity to teach that emotions are created from words, some voice, some speaking below the consciousness level, where the “mind parasites” live.

So if I want to make you afraid, for example, I will say something that triggers that fear, fear of not being a match to life, a fear of being judged, a fear of death, you looking bad, being wrong, imminent failure…

The more you heed that fear the easier it becomes for the mind parasites, or other talking creatures, like people, to put you into a state of fear.

And then you will choose, typically to you, a way to avoid that feeling: sideways moves… shrinking… turning to pleasure seeking behavior… or fury… greed… however your machine works. Some people’s machine combines greed with the desire to kill… I have some of those people in some of my programs… 🙁

Underneath every emotion there is a seed level: fear.

And from that seed level blossoms the rest… From the fear that you cannot tolerate, cannot deal with… so you try to fix it.

And, not accidentally, all your solutions, all your fixes are misdirected. 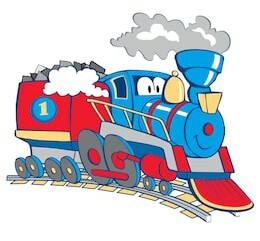 If I wanted to use a metaphor, I would use the metaphor of a train that can think.

The train is a wheeled machine that needs rails to move to its destination.

Let’s say the train experiences a difficulty, like a fear… that threatens it with death.

So the train, instead of pushing through, or waiting for the fear to abate, it jumps the rails and tries to go away from the fear.

Not the ideal outcome, is it? no other rails to jump to…

The fear is fueled by words. And words cannot keep the intensity up… words are just words.

In my programs you learn to look for the words and hear them as words… as noise… as baits to hook you.

When you get hooked, you cannot look for the words any more… instead you ask: why am I afraid?

The art is to not get hooked. If you can see the fear, catch the fear, then you can start looking for the words. And then you can untangle yourself, and be free to do what you intended to do.

And that is the lesson you can learn from me… I learned that from the Mind Parasites.

You can read the book here. I’ll post the audiobook on the same page as soon as I get them: early next week.

In the Soul Correction Workshop you’ll learn what are your typical moves that take you off the strait and narrow path to happiness.

Check it out… it may be what the doctor ordered to get your cataract off your eyes and start to see why you haven’t been able to get what you truly desire.

If you just want to sample the course… you can. I have an offer that you can learn a lot from for just 20 bucks.

Get a sample from the Soul Correction workshop