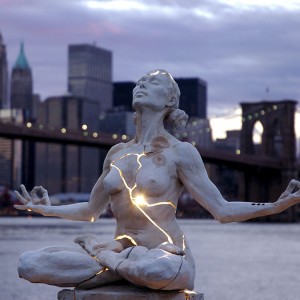 As I am working to fully distinguish what it is to be an expanding personality, (click to read the glossary!)and going through famous and not so famous people, muscle testing if they are, were, or ever were expanding, including me… I am starting to see something that I have never seen before.

You may not know, but this very moment, I am not expanding. I am more like trying to hold onto something for dear life. lol.

It occurred to me to watch the movie, Defending Your Life again, and look through the distinction “concern,” instead of “fear,” and see what I see.

So, what is the difference between the two characters? If you look, the only difference you see between them is one is concerned about everything, the other one isn’t.

Once you ask the question this way, it is obvious. As long as you were looking for fear, it wasn’t… After all fear is a useful feeling… but concern isn’t. Concern is all about holding onto something. Imaginary, not real, yet, it is holding onto.

You could say that our male character could have assumed a devil may care attitude, but he didn’t. He continued being concerned for and about everything. The number of days, the amount of people, how he looked, whether he was winning or losing.

But how come that in the end he behaves so unpredictably brave and unconcerned?

The answer to that question is very important. It is important because it tells you what is your way out of your predicament, at this stage of the game.

What gave him, our little-brain hero, the strength, the energy, the courage to act so uncharacteristically is his strong connection to Julia. Julia is obviously strongly connected to Source, and her connection infused our weaker hero with a little bit of Life-Force, just enough to run through a runway and jump on a speeding bus.

Is it going to be enough for the rest of the journey?

That is a question that is not answered in the movie. It is implied that he will stay open and expanding for the rest of eternity… and that is probably not so. 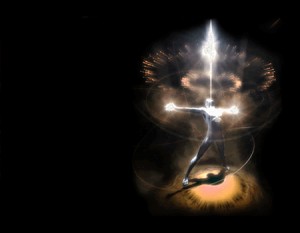 But it he stays connected to Source, his Life-Force will strengthen, and will carry him through the inevitable phases of wanting to contract (as opposed to expanding).

Piggy-backing on Julia will not work forever, but if he is willing to do his own work, connect on his own, he will be able to move on as a “world citizen,” expand himself… and become brilliant, like others.

This is true for you too. I am willing to be Julia for you, but ultimately you will need to connect on your own, and remember that through connecting and increasing the Life-Force and removing the historical attachment to concerns, that will take you all the way.

It’s worth it. In the meantime get some energy from your ego: your ego wants you to be special and be one of the very few select that is expanding… Isn’t that lovely?

3 thoughts on “Are You Expanding or Contracting?”