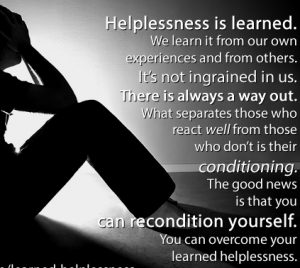 Why do I fight positive thinking, why am I trashing it?

Positive thinking says: avoid negativity. Turn your back to it. Make up something nice to say about things you don’t like, don’t want.

This is a principle: true in every area of life.

If you hate something, dislike something, you want to change it. Why? because you don’t like it. Because it is wrong. So you do something to it… but the wrong doesn’t go away. The new changed thing sits squarely on the top of wrong. It is not the wrong… yet the wrong remained. In the thing, in you.

Many people lose weight to get away from being called fat. But they never become thin people… they are just not fat…

And such is the case with every wrong you change… it remains, it carries the genes, the seed level of wrong.

What’s wrong with wrong? It has a strong emotional reaction in you… and it stays, even though you change what was wrong to something right… and yet the emotion is not changing.

You have to keep the wrong at bay…

Why and how is my “there is nothing wrong in reality” different?

In positive thinking you don’t look away and look at a new reality where there is nothing wrong. You are still anchored in the something wrong. Your emotions are proof. 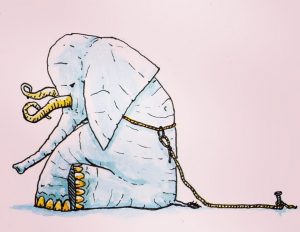 It is not a change YOU make, it is a change you SEE.

Humans have been trained like the dogs in Martin Seligman’s Learned Helplessness experiments: they see they can’t move out of harm’s way even if and when circumstances change. They hold onto the feelings, the emotions, and the emotions keep them set… stuck.

The words “something is wrong” work exactly like the memory of that powerlessness, that pain, that helplessness in Seligman’s experiments: there is no reality to it. But that dog and the human won’t look any more: they operate out of their memory, out of their minds.

I had a similar experience the other day. There is an unused chimney in the house where I live. A bat got trapped in it and it is making a ruckus.

I am afraid of bats. Deadly afraid. I have suppressed fear all my life… by the way.

I went to bed that night, and was listening to the trapped bat… And then, when I wanted to go to the bathroom, in the dark, I saw a black shape… and I KNEW it was a bat that came in to rescue the trapped bat… I ran back to my bed… but I had to pee…

I cowered in my bed for another hour… but I really had to go. I went through the hallway… then I had the good sense to turn on the light… turned out: no bats.

One could laugh… but that is not my point. The point is: I SAW there were no bats. I didn’t think that. I SAW that. And the cause to my misery disappeared. I didn’t change it. It went away. 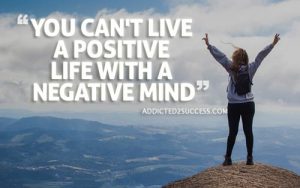 The same thing happens when you can see that there is nothing wrong in reality… while in positive thinking the bats don’t go away… you just don’t look there.

Can you see that the tension, the fear remains?

Well, this is what is wrong with positive thinking, and this is why practicing it lowers your vibration… and makes bad things come to you… in addition to feeling bad. Really bad.

You want to manifest money because you hate being penniless, living from paycheck to paycheck, not being able to afford nice things.

You hope to think yourself into riches… but because you hate what is… you won’t. You can’t… Because now you are really vibrating on the level of scarcity…

You can try to get rid of scarcity, or you can start seeing that there is no scarcity in reality: in reality what is is. 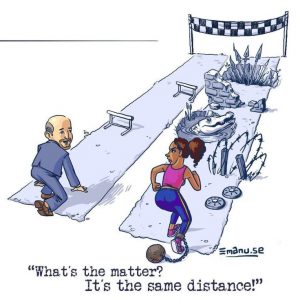 So the main meaning of “there is nothing wrong in reality” is to get out of your mind, your meanings, your learned helplessness, and into reality… where you can see everything that is there… and what is is… And you can be powerful to be OK with what is, or you can create things that you want… with your work, with your actions. NOT with your words, that put you back into the mind: Plato’s Cave… no. In reality you are powerful. You can learn things. You can do things. You are brilliant. In reality.

In your mind you are only a pretender… Because thoughts don’t create reality, they create shadows… on the walls of Plato’s Cave. You cannot eat them, you cannot feel them… And you are simply stupid. Because stupid as the stupid does.

The students in my Playground, the students that don’t do well, haven’t SEEN that there is nothing wrong in reality. They just said the words… dragged the beautiful words into their minds where they live, and think that that was the thing to do. 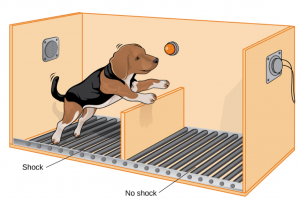 Hey, learned helplessness is very powerful. Dogs can be healed from it… But some people can’t… or won’t…

I measure if you can in my Starting Point Measurements…

With humans it is more a question if they are willing… I feel. If they get benefits (payoff) from claiming that they can’t… they won’t be willing. 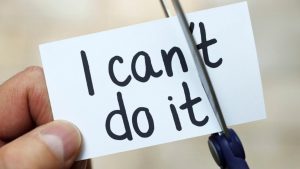 I just had a conversation about this topic with my friend, and I may have seen something I haven’t seen before: what is underneath this whole paradigm is belief. If you can see something you don’t need to believe it. Actually you can’t… Belief is a mind thing…