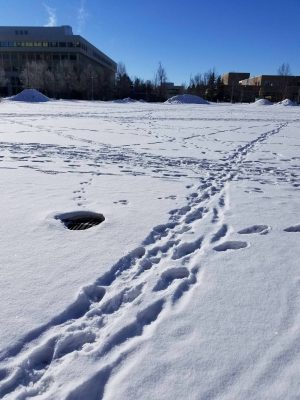 I just read a book review by Malcolm Gladwell. I like to read his prose… He is easy to read, his writing has an easy flair, and his topics are interesting.

He writes about a man I have never heard about, Albert O. Hirschman, an economist, who I recognize myself in.

He is everything most people aren’t.

He said that you don’t need creativity unless something gets screwed up, and things don’t go as planned.

That when the going is smooth, no growth, no invention, no evolution happens. Neither personal, nor species evolution.

When you look at yourself, you detect a deep abiding commitment to easy, smooth, a set certain path, an environment where you know the rules and the rules fit you, health that doesn’t give you challenges. Teachers that tell you do a and b and c and you’ll get what you want.

And, to your utter horror, all this gives you is misery. A hollow life. A life in which you are not needed for it to work well…

If you come to me, and some do… lol… I explain that the way life works best is to make wild turns into the wrong direction, so you can get where you wanted to get to, even if you don’t know what it is.

That sitting on your tuffet doing the same thing every day expecting inspiration descend on you is the stupid way to live life.

That expecting answers from others is fool’s gold.

That life lived without risk is a life of deadness… and not worth living.

That what makes life worth living is struggle and overcoming. Both for the individual and for communities, including countries, nations, whole ethnic groups.

In 20/20 hindsight one can see how things worked out in spite or because of one’s wrong choices. This is, I believe, Steve Jobs was referring to when he said: dots can only be connected in hindsight…

I am going to celebrate my 72nd birthday in a few weeks time. And to my utter surprise, some of my most hopeless projects are looking like successes… knock on wood.

This one started four years ago. It started with reading an article. The article gave a plausible explanation of why I had been itching all over, why I had been awakened by something every night between 2 and 4 am, why I had been unable to wear anything tight, why I had pain while having normal sex, why I had heartburn, itchy nose, etc. Yeah, the symptoms had been there almost as long as I can remember…

The invisible bug, the author of that article christened Pandora bug.

I set out, in earnest, to map out and eliminate the buggers… pun intended.

And I spent thousands of dollars, thousands of hours (that may be an exaggeration, lol), lots of wrong turns, heartbreak, depression, resignation, “cures” that didn’t kill the buggers, but nearly killed me.

It seems that about a six months ago I hit on something that, again, seemed to go in the right direction. I stuck with it… and one day I stuck paydirt… knock on wood… paydirt being a solution that is so simple, it makes me feel ashamed and elated at the same time.

I am in the middle of testing it out, and if it tests out, I’ll enroll one or two people who I know have the buggers, and see if their results will match mine.

The solution is costless… it costs ONLY faith, trust, and discipline… money would be easier for most people. Pop a pill… but this bugger doesn’t respond to anything chemical, anything ADDED, so tough luck.

And the most important part is: the “inflicted” doesn’t need any of my heightened sensory abilities, or my unique connection to Source.

Is it a moneymaker? Alas, no. I have no permission to make it a moneymaker, even though two billion people are inflicted. The richer the country the more “cases”…

The solution is so simple, that it can be taught in one short paragraph.

I could be sad about that, but hey… it would be a total sidetrack for me, because my main MEANDERING project needs all my attention, all my energy, all my enthusiasm, all my creativity.

And my main project is the other testimonial proof of Hirschman’s theories, in particular The Hiding Hand Principle (if my cursory reading about it is accurate), of “how ignorance (particularly concerning future obstacles when person first decides to take on a project) intersects with rational choice to undertake a project; this intersection is seen to provoke creative success over the obstacles through the deduction that it is too late to abandon the project.”

Had I known how many obstacles, how many turns I was going to make, how many inventions I’ll need, I would have never started it.

The project: find a reliable, count-on-able method to take a normal homo sapiens to the path of becoming a human being. The godlike nature of humans fully available.

That project started 34 years ago… but became my obsession around ten-eleven years ago, got some unexpected focus when I found out that I can measure “vibration”… “truth value”… because I can connect to people, to things, to ideas, at will.

My theory was that using this energy, or force I can connect to… An energy or force that in all and through all, always there, connect us all, working through all, is not able to know everything… and that it is my job to teach it about humans, about the human conditions, so it can, in return, armed with the new knowledge, help me test methods on people, with people, and see what works and what doesn’t.

My theory was that this force or energy or whatever it is, what I call Source, needs me to be a go-between. It is a collaboration.

There is no method that already works, the method will be developed as WE go and gather knowledge.

It has been the ultimate soul-correction for me. My soul correction is that I am the most… making being a second in command, or even a partner impossible… unless I surrender my superiority.

For every soul correction, for every person, the challenge is a choice. Choose being yourself and surrendering to what that means, or choosing some immediate gratification, some false path, some pretense, some easy street where you don’t have to be fully yourself, and don’t have to live a full life, doing what needs to be done, be the best you can be.

Before I fully surrendered to my soul-correction, I could pontificate, play one upmanship, streamroll anyone, and… and be miserable, a fraud, a fake, and unfulfilled to boot. Dream about posthumously recognized, dream about achievements, but really selling out to tiny and insignificant wins…

In this week’s webinars (2), for the people who paid me to activate their “Seeing Reason” DNA capacity, we saw, or to precise, I saw what is the need of the Self that is being denied while the people diligently pursue the fake, the transient, the unfulfilling pursuit of “strokes”.

Whether the participants saw it or not: we shall see. The new capacity allows them to see it… but to see, first you need to look. And like with water: you can take a horse to water, but you can make it drink.

Judging from the stunned silence since the webinars, seven of the eleven people isn’t seeing reason… a reason to change their ways.

Your choices always come from some comparison, whether it is done consciously or unconsciously, you choose through comparison.

My hunch is, that unless living an authentic life is of value to you, not just lip-service, then with the capacity and the insight of the webinar sessions, you can and will choose the authentic life.

Another component: how painful it is (or not) to be inauthentic and being a puppet on a string to urges, and pretenses, and immediate and not lasting gratification.

And maybe, or likely a third: how able you are, or aren’t, to see a future different from your past.

And that last one is crucial.

If your history proves to you that you are not OK, it is now in your future, telling you that no matter what, you’ll never be OK.

You will not be willing to abandon the tried and miserable… for the “maybe” glorious path of being yourself, the authentic you.

And some people will remain on the fence… never quite convinced.

Which way they will go depends largely on their soul correction.

I will keep working with people. It is entirely possible that I can move the fence-sitters to one side… Source will tell me how.