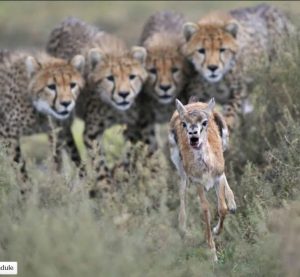 I am a Manifesting Generator…

It means that you are supposed to follow leads, ideas, invitations coming at you… instead of acting on your “good ideas” that always turn out not to be so good.

I don’t know what it is I talk to, what it is I connect to when I say I connect to Source… but it seems, often, that that “thing” is sentient. It wants what it wants, it doesn’t want what it doesn’t want, it has definite preferences, in sees, like chess master many steps ahead, it strategizes, it changes strategy when the one going on isn’t working: meaning: I am not getting the clue, not getting the hint.

It’s a dance. Every area of life. We are like an odd couple… lol. 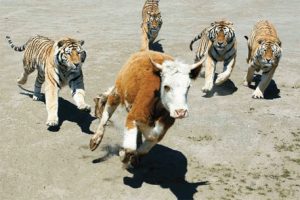 OK, with that said, one of the areas where Source has been insistent and persistent the past week or so, is the area of predatory genes and psychopathy. 1 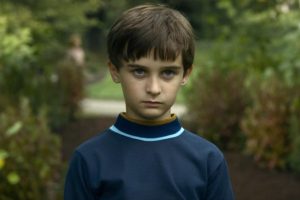 So I was lead to watch all nine or ten episodes of the second season of Mindhunter. It is about the creation of the unit inside the Federal Bureau of Investigations, for serial killers and profiling: finding the serial killer by the psychological profile, instead of randomly, or following clues like in “normal” crime fighting.

All serial killers are psychopaths.

Psychopathy means: the person inflicted has no moral code, no remorse, no empathy for their victims, they only care about themselves.

The average number of predatory genes, in humanity at large is 3.

The connection between ambition ( the desire you are willing to work to bring about) and the combination and number of predatory genes is strong. Not causal… it’s correlation.

I look at everything from the vantage point of the “job” I promised to Source: test out, experiment, to find out what and how this current humanity can grow into the next level of evolution, where the energies will go into producing, and curiosity, and ambition, instead of violence, or hedonism, or willfullness.

And I am not talking about about violence that is obvious.

I am sure you don’t want to hear it.

I was a person with too few predatory genes… On one hand ambitious to serve, on the other hand neglectful towards myself… ruining my health, my overall well-being for a cause.

So, after watching that “Mind Hunter”, I re-read the book, The Cure by Douglas Richards.

Last night I was hit with unbearable fear… I didn’t sleep, could not sleep till 3 am… I was gripped in terror.

I wasn’t fighting it: I allowed the fear to be there… it had a message for me, I knew. So this morning I settled down and started my “20 questions” style conversation with Source. 2

The timing was not an accident either.

Psychopaths, depending on their upbringing, will be conmen, white collar criminals, or violent criminals.

I have a conman in my vicinity, and his visage came up accompanied by the worst fear I have experienced in a long long time.

Given that even yesterday, hell, even this morning, I had no predatory genes active, I was a ready-made, willing victim… except Source didn’t want me to be…

So this morning, the conversation centered around what it is that Source wants me to do about it.

Turning, activating dormant genes is one of the things I can do… or more precisely, I can ask Source to do.

I have been doing that with capacities for a few years now… seven? eight years? nine? I don’t remember.

But I have no idea what genes to turn on, so I relied heavily this morning, on Source. And I asked for the appropriate predatory genes to be turned on… And Source turned on three of the eight genes.

Now, suddenly, I am not sheep. I have no idea what will happen, what will change. The good news is I don’t have to know… it will come naturally… whatever it is.

Source says: writing this article wasn’t going to happen without this “upgrade”… really can’t see it with my conscious mind, but I am willing to consider.

I’ll be following Source’s recommendation, after all, from the limited perspective of the human mind, I wouldn’t be able to see the far-reaching consequences.

Please express your opinion in the comments section. Thank you.