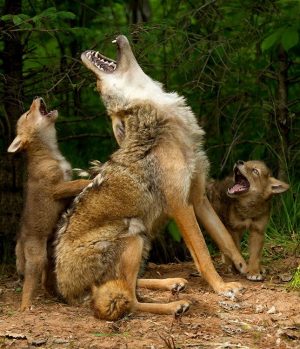 Some things in reality are outside of our direct knowledge… but we can still glean an insight by observing what happens when we tweak them, turn them off, turn them on.

One of the most memorable things I have ever read was in a book The Terminal Man. In the beginning, scientists want to find out what area of the brain is responsible for certain behaviors, certain memories…

I have been endlessly curious about this same topic, so I have read many novels around it.

Of course they are all science fiction… and to tell you the truth, if I read the story of adjusting the predatory genes, I would be sure it is science fiction. Science fiction means: it may happen in the future, but we are not able to do it yet… and yet… we are doing it.

So given that I personally don’t know sh*t, I am not doing it. I am letting/asking Source to do it.

And, of course Source is also a fodder for science fiction… WTF is Source… right?

And yet, the tip of the iceberg is visible to all… and that is what I am going to talk about: the visible part. The observable part. The part that cannot be denied.

Let me start with me: 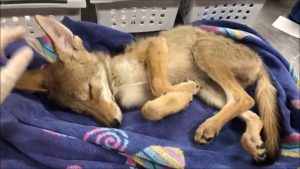 I was born with no predatory genes.

In fact, to my observation and measurements, most Jews are born with fewer than four predatory genes. Why? It served their/our survival, I am guessing.

My father, 3 predatory genes, taught me (correction, advised me) to let go… and it will be over all that much faster.

Of course for 55 years I made that mean that he wanted me to be abused… I had no idea what “let go” means, because I resisted with all my might, thinking that what you resist is going to go away.

Exactly the opposite is true… and this resisting made me sickly, made me brittle, made me unhappy, made me unsuccessful.

And even though I learned some techniques to relax my body, even relax my brain, I was still reactive when it came to something I didn’t want.

My first insight to how “Life” works happened through Aikido: a marshal art form where you use the opponent’s energy to overpower them, instead of resisting their energy.

Big learning… still going on. As a “Forget Thyself” and a Virgo… I am given to resisting on the genetic level.

OK, about the Predatory Genes:

I asked Source to adjust MY predatory genes on August 20… in the morning. It is now 72 hours later.

I adjusted quickly, and now I am looking at the feelings, all of them, as guidance. Even the unpleasant ones that seem to warn me that I am about the muck up something…

It didn’t come up as a concern, as a worry. It came up as a “yes”. For a resistor a yes is a big deal… And a pure yes is like the first rays of sunshine after a dark night. Wow… who is this person?:

Also gratitude. One of my grateful students gifted me with some money, just enough to buy an upgraded Kindle reader… my old one has been refusing to connect to my PC… I think its USB port is shot.

So I bought myself a new Kindle… I have been really stingy with myself all these decades. Often to the point of self-abuse… I am going to watch this… just this one alone would make my life 100% better.

I didn’t realize that I have NEVER asked for anything for myself. Not of anyone, not of Source.

So this morning, already awake but still in bed, I asked Source for a few impossible things (I’ll share when I can see that in fact the “things” actually happened… all in the arena of health)

First: I didn’t know I never asked. I think it is my soul correction (Forget Thyself), a very arrogant soul correction, prevented me from allowing anything or anyone to be above me, smarter, more clever, more knowledgeable…

I have always been the person who never asked questions in class, who could never accept coaching from a coach, or not really. It had to be my idea.

I am going to experiment with this… I am shaking in my booties as I am writing this: and the shaking is from fear, not from excitement… lol. 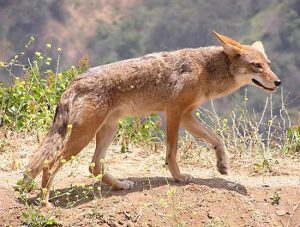 I have three predatory genes open now, and I feel good about the change.

I have only one student whose numbers got adjusted upwards… No feedback from him so far. When I look at him, he is similar to me in that he is stingy with himself, to the point of self-abuse.

But no feedback yet…

OK, let’s move to the people who have, according to Source, too many predatory genes open…

As I say elsewhere, there are 8 predatory genes, that are either open or not, but they are part of human DNA… expressed or unexpressed.

I don’t have access to DNA… but Source, a force, I think, does.

I have students/ex students with as high as all 8 predatory genes active.

Although it sounds like a good thing to want everything for yourself… and nothing for others, it isn’t.

Although it sounds like a good thing to not be able to care, not be able to feel remorse, guilt, generosity, compassion, gratitude, appreciation, it is a serious handicap when it comes to living in society.

Feeling entitled to living for yourself, living the way you want to, getting everything you want without having to work for it, makes life hell, because that is not how life is: you’ll have too many altercations with others, who want what they want, who want you to do what they want you to do, who want you to listen, who want respect from you… so your life is full of ugliness, fights, feeling hurt, slighted, attacked, as if life and other people were unfair. 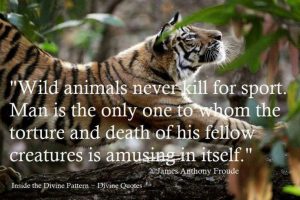 It’s the predatory genes in action…

Pure unadulterated desire to receive for the self alone, preferably at another’s expense. Animals don’t have that. Insects do. Some plants do. Bacteria and virus do… Cancer cells do…

It seems that the ideal number of active predatory genes is three.

Given that I have no idea what is actually happening, given that I can only see the tip of the iceberg, I would not DARE influence Source by asking it what to turn off, and what to turn on.

I am arrogant (Forget Thyself AND Virgo!) but not THAT arrogant.

Especially now that my own Predatory Genes have been adjusted…

Someone with 7 predatory genes open, asked me today if the process is reversible.

I used to be arrogant like that. I considered everyone else stupid, especially software developers. I never considered that if I had a question, it was already answered. I learned that the hard way… Stupid as the stupid does.

So what have we been seeing with people whose 7-8 predatory genes have been adjusted down to 3?

Reports are coming in slowly.

Not that much yet.

Don’t forget, desire to receive for the self alone is like a cancer… it is not that ready to let go and die, willingly.

Some soul corrections, especially the ones that have been able to get away with murder, get away with not producing, because of enablers, parents, spouses, are not keen to let go of the perceived benefits, even if they come with a definite downside.

I always remember Osho’s words: you are not miserable enough to want to change…

My advantage has been, that I have been miserable enough. I needed to kick off from the bottom to even get to normal level… I thought myself unique then (30 years ago) but maybe I wasn’t. I just, maybe, hated to be miserable more than others? Or maybe I wasn’t getting ANY goodies… like most people.

I was an architect with double degrees, but I was poorer than most people I knew. I was watching, while I lived in Israel, how families stick together, and support their members: I never had a family like that.

I was alone and no one was going to rescue me… so I had to do it myself. That is, that has been my secret.

Will you suddenly become smarter, just because the barriers your predatory genes maintained for you for many decades disappear?

First off: there is intellectual intelligence… what the IQ tests measure. And then there is overall intelligence… how adaptable you are, how much you see and recognize accurately, how you handle what comes at you whether it’s information, trouble, or emotional input. Learning from mistakes… Learning from others’ mistakes…

What is your base intelligence, will probably won’t change much. What you can accomplish in life, on the other hand, can change dramatically.

I remember getting hope from it. But, because it is only to inspire, not to instruct, that statement left a lot of people in delusion-land.

If you did all you can do… if you did most of what you can do… But you don’t. You just do what you have always done, maybe more of it, expecting a different result.

Most people never get better at what they do… practicing to get better is as rare as an 80 degree day in the dead of winter.

If it were easy, everyone would do it!

Make sure you know you have already wasted decades… and you lack knowledge, skills, attitude…

You have a leg-up on people of the same age in that you, maybe, can learn faster, and with more ease, but you have started a lot later.

So your chances for success may multiply… but unless you learn new things, new skills, new attitude, you won’t go much much further… I am sorry to break it to you.