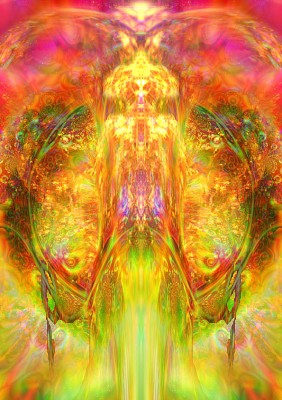 In yesterday’s article about the story that marketers use to connect to you, to connect to your need, to prove that they are special, I made strong statements that I want to repeat and provide some evidence.

Some of the stuff that story-tellers sell to you actually work. Regardless of the story.

Now, I don’t have a lot of examples, because I am not a consumer of hyped up products, but I do have one example I’d like to share with you: it is very educational, and quite stunning.

Back in the year 2000 I met this flaky guy. He was quite cuckoo. Circumstances, story, blah blah blah later, he convinced me to buy an energy from his energy guy.

It turns out, the energy guy was Matt Schoener, the energy system was Omega Shakti System (no connection with the Omega Center in NY).

It was very expensive, and it was quite bs sounding, but I did it. (By the way, this guy loved to push me to spend my money on stuff he liked… I hated that, but on the long run I am grateful, I would have never become who I am today without those things.)

The energies were palpable, and they worked for me instantly. Meaning: energy shot out of my hand… wow. Quite amazing.

In the coming years I bought a lot of energies from this guy (I wasn’t alway poor… lol). I could buy a house for what I paid him.

A few years later the guy came to visit, and he was a big disappointment. He was clownish, childish in his pride, jealousy, envy, and I didn’t like him. His vibration was 130, and as an empath (which I didn’t know at the time) I suffered around him mightily.

His story was a mighty one. I copied this from the website of this woman, Rosanne… Pay attention that the “founder’s” story gives credibility to his students, and to all the users of the energies… so they repeat it and repeat it… What people buy is the story…

The founder of the extraordinary Omega process was a meditation master first, an accomplished classical musician second, and an energy genius third. All these proved to be essential attributes for the development of the Omega.

Before OMEGA entered his life, his preferred personal discipline was Mahayana Buddhism, which is thought by many to have housed the origins of Johrei, Mahakari, and Reiki in its Medicine Buddha tradition.

The Mahayana Buddhist traditions, along with the Theosophical training in which he had immersed himself, were an ideal environment in which to plant and harvest the Omega Matt Schoener was given. He was teaching meditation at the very moment when Father Jack entered his life and soon after revealed the keys to the Omega tradition to him.

The way he told it, while teaching a meditation class in Long Beach in the ’70’s, a very distinguished individual wearing an unusual form of what appeared to be religious vestments swept into his class. He approached the man he came to call Father Jack (his full name was unpronounceable by Western standards) and asked why he was there. Father Jack said he had been trying to reach him telepathically for some time, but gave up as he was “just too dense” and decided to come in person. Matt was invited to his ashram in the Western desert where a weekend visit turned into 9 days.

At the conclusion of the visit, Father Jack placed his hands on Matt’s head, and began a process of transmission (a cosmic download) that literally knocked him to the ground and which he described as feeling like a stroke. They had some visits after that initial one, and he declined an offer to return to Tibet with Father Jack. “Jack” shut down the ashram and did return to the Shigetse valley, and has not been heard from since then.

During the time Matt was testing Omega (unnamed then) under every circumstance, he was involved in a very serious auto accident. He lost everything he’d acquired materially through the techniques and was bedridden for some years. Throughout those years, the complete sorting and organizing of what Father Jack gave him took place. OMEGA Shakti System came to be.

Matt designed a System structured around the 49 Fires (energies) referred to in Sacred Literature. He learned from the restrictions of Reiki, which was all the rage in California in those days and designed specific levels for each of the layers of the aura, each of the chakras.

He was adamant about specific Teacher-level attunements for the conveyance of the frequencies, a three-tiered system, instead of one-tiered systems which was all anyone knew about how to do it before he entered the energy world. 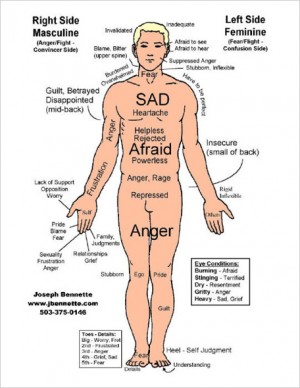 When asked if Omega was another kind of Reiki, he would testily retort that it was “of a higher frequency and a more ancient lineage”. In inner Omega circles he claimed the Omega frequencies (not named Omega then) went back in a direct, hands-on lineage through long-lived Adepts, like Father Jack, all the way back to Atlantis.

He jousted with everyone in the California energy circles, got thrown out of Theosophy meetings and Barbara Weber Ray refused to hear even the mention of his name.

His genius was such, that when they weren’t hating and envying him, they were calling him up for advice. He often gossiped with us about leaders of other semi-famous systems who would call for advice or discuss their difficulties. Sadly, most of it, because of his wicked wit is unrepeatable here.

In 1988, which is about the same time that Rosanne met him, word had begun to get around about this most powerful System – OMEGA Shakti System. Matt had first healed himself to become ambulatory once more, and was offering classes in California.

Rosanne played a significant part in establishing Omega in 27 states and several European countries. That was on a professional level. On an esoteric level, her part was as the key female element essential to the embodiment and manifestation of the System.

Up to that point the two men, Matt and his first initiate, John Sullivan, were attempting to establish an outreach, but were on the lookout for a woman possessing certain inborn traits. Female energy and a minimum of three individuals joined in an energy bond that Theosophists called forming an ashram were absolutely essential to a creation with staying power. A deceptively casual offer from Matt, wearing a intriguing smile, led to an experience that started with what he called a “sensitivity test” for Rosanne.

It then became a series of escalations of frequencies and ended as a transmission to her similar to his experience with Father Jack years before. It wasn’t experienced as a stroke, thankfully – because his work over the years had smoothed the process out – but rather as wave after wave after wave of ecstatic cascading expansions of consciousness. During the process the formulas and keys of OMEGA were “downloaded” into her mind. An ancient remembering started then and skills from the past continue to come flooding through.

She reports: “About the time I started Temple Academies, I had been partnering with Matt for several years, and participated in bringing through several of the later energies added to the Omega. Because of his influence I was able to polish inborn traits to the level necessary to create and develop the infrastructure of The Helix Energy system with which to serve the race. And to also redesign the common manner in which Reiki was passed, improving (in my opinion) its overall power, stability and effectiveness…

When Matt vacated his Omega outreach, I also caught (or was given), his contacts on the other side, those beings who truly guide this work. A genius, he had all the blessings and curses of that condition. My many years working at his side were extremely difficult and extremely enriching, and I am grateful for all that I had learned…

Temple Academies teaches OMEGA Shakti, my Helix Energy System and Temple Reiki. The Academy is a vehicle for training teachers, practitioners, and students in the Art and Science of Energy.”

You see the elements of mystery, being the chosen one, the hero’s journey: all important building blocks of a killer story that sells ice to Eskimos.

Of the story only one thing was true: he, Matt Schoener was a classical musician. He also tried to meditate, but was not a master by any measure.

He was highly unbalanced, impulsive, hungry, greedy, and a user of people. What else do you expect at a vibration of 130?

What is the moral of this story? Prepare to be surprised:

When you are out of your mind, but you are conscious and aware nevertheless, you can master and wield powerful energies. You don’t need to be attuned, you don’t need to buy anything, you can do it. This is how human being is…

Now, that was the good news.

The bad news is: you nearly never enter the state of awareness. And even if you do, it’s an accident: you don’t know how to get there consciously.

But in my coaching program, and using my activators and the Heaven on Earth, bottled or audio, you can start moving out of the mind at will, and into the “zone” where you are powerful beyond measure.

So, what is the bottom line? That some of the stuff these liar marketers sell you actually may work… regardless of the fact that the “operator” is low vibration.

I know, it is quite confusing, isn’t it? Now you will need other facts about all these people to make an intelligent decision: does their stuff work? Can they get out of their head? etc.

Sorry to burst your bubble.

Now, get to work on learning to become aware. Not easy, but possible.

In the meantime, it won’t matter how much money you pay for attunements, you won’t be able to wield energies… unless you can get into the no mind awareness zone.

3 thoughts on “Can you wield energies? Do attunements work? Are they needed? Is Reiki real?”