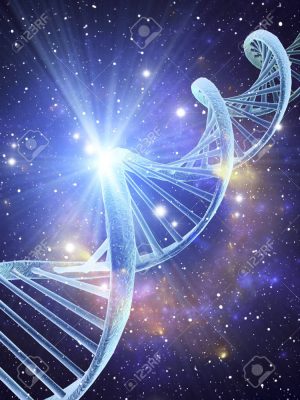 Life is not about having no fangs. Life is about having fangs, and use them to dig out food… or whatever you do with fangs… And to protect yourself.

Life would not be possible if everyone suddenly lost their fangs. Fangs are needed… Just like knives are needed.

How you use them, for what purpose, is what makes a knife a tool for good or bad, useful or harmful.

Humans, in my limited experience, have either too many or too few predatory genes.

Often the smartest people, often the people who could contribute the most, have the fewest genes… thus they fall out of competition for mating, and their culture falls out of the gene pool… and humanity is actually becoming more beastly, with much less smart people.

Brute force, dominating, manipulation are becoming more and more in the gene pool… Even though, in my experience, people don’t necessarily inherit the number of predatory genes they have.

Certain ethnic groups have a lower average active predatory gene count that the rest of humanity… And they work harder, instead of manipulating or forcing what they want to get out of life.

This is crystal clear when I look at my students: the more active predatory genes a person had the less effort they put into getting what they want in life…

Too few predatory genes may result in timidity, and lack of self-confidence but a lot higher grit number: grit is what makes you work for what you want.

The correlation is crystal clear.

Had I been able to do my work hundreds of years ago, I would have had more success. Not by much, mind you, but measurable more.

Recently I have been given the power to “adjust” the predatory genes, as part of the grand experiment of Life… An experiment to turn self-destructive homo sapiens into human being.

I have adjusted, so far, 60+ people’s predatory genes… More precisely, I initiated, and Source, a force, did the actual work of adjustment. Those people now have between two and four predatory genes active, the overwhelming majority has three.

I am monitoring, observing the changes. In behavior, in communication, in emotional states, in measurable intelligence.

I read their articles, their emails, their offers where I can. I want to see how the configuration change effects them. The process is reversible… so if it goes south… if the changes are not beneficial, I can reverse the process.

So far, I have found some startling changes.

People who I know because I learn from them, I consider them my teachers: their vibration jumped from where it was before the adjustment… jumped about 70 points higher on average… meaning that they have more access to their smarts than before. They have more attention to give to their crafts than their ego gratification needs.

Am I finding the same with my clients and students?

So far no, not to the same degree as with already accomplished people.

Depending on the income vehicle of the person. Two people’s intelligence jumped 40 point. The rest, so far, remained the same.

Will these underachiever people be able to run with the new situation and make a life for themselves?

Some will, some won’t.

Then the adjustment of your predatory genes won’t make much of a difference.

If you get an insight, change your attitude, your behavior, your actions, with that change you’ll see the world, yourself, differently, and can start growing like never before.

Now the predatory genes that are active are going to support you, instead of hinder you.

If you remain in the same exact environment, doing the same thing as before, you will probably not grow. Even if you get plenty of insights.

Insights are a dime a dozen… make absolutely no difference, unless acted upon, fully, taking it to its conclusion: a changed environment…

To adjust your predatory genes, I need to be able to connect to you.