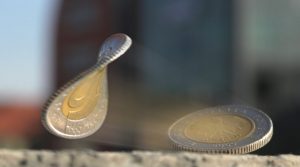 The visible order, what you can see, is just the top 1%. Below that there is 99% that is order, but you can’t see it.

The more you are of the persuasion that there is a way the world should be, you should be, society should be, to the same degree you are blind, and unsuccessful if you act, and stuck if you don’t.

Of course you expect the order to be obvious, with clear rules, so you don’t have to be responsible for thinking, observing, adjusting your actions to how it is… and ultimately for any of your actions, any of your results.

Predatory genes combined with human culture are deadly, deadly in its consequences. 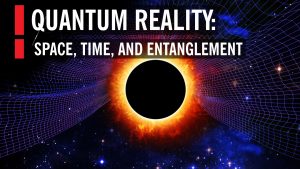 Life works best when you observe life’s rules… and make your way through life with humility. It seems impossible, but it is not impossible. It is hard… especially if you have too many rules of your own, or if you want things to work you want them to work, not the way they work… 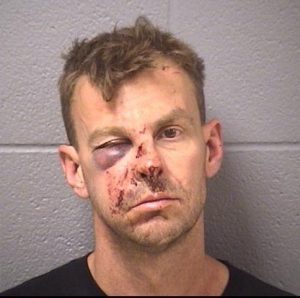 You, your life, look as if you were dropped into a meat grinder, or a vortex, or just a rapid flowing river with rocks: you get mashed up… while others, in that same river, are going through safely.

You can’t see that you are doing much of anything different, and yet.

The difference is subtle, and it is under the hood. In the Starting Point Measurements it is called the about-me score, the inverse of humility. If you have high about-me score, you have low humility, and you get banged up in life.

There are some other important measures too, but in my observation, the about-me score is the most telling. The ideal number is under 10%.

What doesn’t allow you to have a low about-me score seems to have some relationship to the number of predatory genes.

Neither of these ways allow you to take your eyes off yourself, and put your attention on adjusting your steps to reality… step by tiny step. Every step of the way… Pretty much the way a good driver does: the situation changes rapidly: you have to be awake. Aware. And adjust.

But maybe predatory genes aren’t the opposite of being generous, caring, loving, maybe it is deeper than that: maybe it is really about thinking that life and everything in it is about you, and you are not part of it: it is smaller than you.

You can see why that wouldn’t work in a small example of which I see a whole lot: people talking loudly between each other, or their neighbor while someone upfront is explaining something. Or maybe in an exercise class. Or maybe in front of the television. Or in a movie theater…

I listened to a recording of the founder of Human Design. In the background a group of people were having animated conversation. Ra whatever his name was, raised his voice, and so did the people in the background.

I am more important than you… they said to their teacher… It’s either that they were disrespectful, or that Ra was a butthole, a weakling, with no, or not enough predatory genes… that would make him look before he leaped. hah… right? He is dead now…

Life is not about having no fangs.

Life is about having fangs, and use them to dig out food… or whatever you do with fangs… And to protect yourself. Or prevent you from doing a lecture while other people have no idea what you are doing, that they should leave the room and chat somewhere else.

I had no predatory genes active before the adjustment. Now I have three. My about-me score was 10% then, it is 3% now. The lower the number of your about-me, the more you are able to “dance” with the Universe, fall in step, be in harmony.

Students with 7-8 predatory genes, after the adjustment, significantly lowered their about-me score, and raised their overall intelligence… if they allowed their behavior to change. If not? Nothing changed.

Obviously, from the results, there are more things to look at. For example: faith.

Faith is a deep trust in what you can observer plus courage. If you don’t observe, adjust your steps, observe again, then you can’t have faith. You may have beliefs, but not faith. And if you don’t act, if you do what you have always done, then you don’t have courage.

The students who didn’t raise their overall intelligence are the arrogant ones. Arrogance covers up fear… masquerading as something else.

If you don’t look, evaluate, and adjust, then your physical intelligence is unused, and you act as if it weren’t there.

If, in your view, what you are getting out of being stupid, banged up, is more than you would get by becoming a productive person, then you won’t look to change what you do… In technical terms, it is the payoffs that keep you the same. You have no real interest in changing your ways.

You are in this life only for what you get, not what you can provide. About 30% of humanity is like you.

Back to the Predatory Gene Adjustment…

Life would not be possible if everyone suddenly lost their “fangs.” Fangs are needed… Just like knives are needed.

How you use them, for what purpose, is what makes a knife a tool for good or bad, useful or harmful.

Humans, what I see so far, have either too many or too few predatory genes active.

Often the smartest people, often the people who could contribute the most, have the fewest predatory genes active… thus they fall out of competition for mating, and their culture falls out of the gene pool… and humanity is actually becoming more beastly, with much less smart people.

Also, in my limited experience, it is rare that a capable person marries another capable person… they prefer someone they can dominate, push around, and feel themselves powerful.

All the couples I have tested so far, one of the spouses has too many, the other has too few predatory genes active.

Had I been able to do my work hundreds of years ago, I would have had more success. Measurably more.

Recently I have been given the power to “adjust” the predatory genes, as part of the grand experiment of Life… An experiment to turn self-destructive homo sapiens into human being.

I have adjusted about 70 people’s predatory genes… or more precisely, initiated, and Source, a force, did the actual work. Those people now have between two and four predatory genes active, the overwhelming majority have three.

Some people are clients or students, and some people are people I know, learn from, do business with, or have known and can connect to and monitor what they do with what they’ve got. It is important that I have their baseline, their past, and then what I see AFTER.

I am monitoring the changes. In behavior, in communication, in emotional states, in measurable intelligence, in their about-me score, etc.

I read their articles, their emails, their offers. I want to see how the number of active predatory genes change effects them. The process is reversible… so if it goes south… if the changes are not beneficial, I can reverse the process.

I have found some startling changes.

People who I only know because I learn from them: their vibration jumped from where it was… jumped higher about 70 points on average… meaning that they have more access to their smarts than before. They have more attention to give to their crafts than their ego gratification needs.

Am I finding the same with my clients and students?

So far no, not to the same degree as with already accomplished people.

It depends on more than just what you CAN and WILLING to DO… It also depends on what you have done in your life before. If you have anything much to offer, anything people would pay for. Knowledge, skills, and an income vehicle. Four people’s intelligence jumped 40 point. The rest, so far, remained the same.

Intelligence needs a vehicle to be fully expressed.

Will these underachiever people be able to run with the new situation and make a life for themselves?

Some will, some won’t.

…Then the adjustment of your predatory genes won’t make much of a difference. 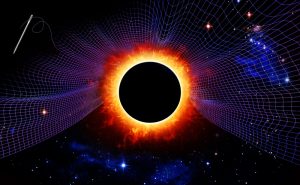 With that change… the action, you’ll see the world, yourself, differently, and can start growing.

If you remain in the same exact environment, doing the same thing the same way as before, you will not grow. Even if you get plenty of insights: only actions will create a new environment. Insights are a dime a dozen… they make absolutely no difference, unless acted upon, fully, taking them to their conclusion: a changed environment.

Get your predatory genes adjustd