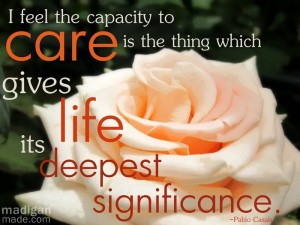 The capacity of caring is new to humanity. On September 4 less than a handful of people had it.

So what is this capacity that we give lip service to, but we lie when we do that?

Let me tell you how I came to have it some 10 years ago:

In my Landmark class (I was a participant) there was one mysterious woman. She was beautiful, she was trim, and she wore new clothes every time I looked. She drove an expensive car, she made trips with men to different parts of the world. She didn’t seem to have any occupation that took her away from her home.

A friend of mine asked what this woman did for a living. “For all I know, she could be a prostitute…” I said. I meant nothing by that, I have no moral judgment against anything, and it would match my early experience: beautiful woman, beautiful clothes, men.

About a week later this woman confronted me and asked if I had gossiped about her. I told her yes, and I told her exactly what I said.

Turns out she was a rich heiress.

The issue didn’t end there: our mutual friend reported my action to Landmark, and I was called to a conference call. 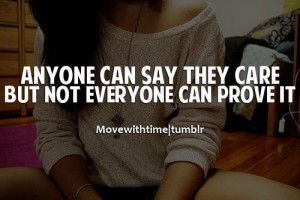 I could not see what was the big deal, but Landmark played the takeaway game: unless I come clean I was going to be banned from participating. That was motivating enough.

At the end of the call the course leader that led the call instructed me to invent the capacity of caring.

In hindsight this is mighty funny, because he didn’t have it, but I didn’t know that at the time.

I spent the next three days in deep contemplation. I moved into the body and soul of the rich woman, and attempted to feel what she felt. I didn’t know that I was an empath: it would have been easier and faster had I known it.

At the end of the third day I role-played a scenario in my imagination where she is afraid to go out because she didn’t know what people were gossiping about here, what people thought about her.

This is where I suddenly had an experience: that, not knowing what is going to bite me in the behind, what people think about me was something that resonated with me. I felt how horrible that was: going from a social dame to a social pariah, potentially. Now, on September 4 it was added to all human’s DNA, the capacity. But, of course, capacity is not an actuality, and it is still going to take work for each individual to activate it.

Newborns, children conceived after September 4 will have the capacity, and will have it active: it will be easy for them how their actions effect another, and care or not care.

Here is an example of respect: yesterday I had a private healing session appointment at 3. The person didn’t show at 3, and I didn’t know what to think. After 20 minutes I called him. He said not to worry, he was on his way.

I was stunned. He didn’t think anything of being 25 minutes late, so I expressed that I was angry, that it had never happened to me…

He said he meant no disrespect. 1

So this has been reverberating in my being for almost a day now. Respect, no disrespect, regard, no disregard… what do these words really mean?

Of course they are all capacities.

Then I looked at today’s flurry of emails from students, past students, all requesting attention, all expecting a personal answer.

No respect for my time, no respect for the fact that they didn’t actually pay to buy my attention, no regard to allowing me to have a life.

I got that regard 2 and respect are very similar to caring, and yet very different: in regard and in respect there are two sides of the coin. On one hand, regard and respect, the words, will guide you what to do to activate the capacity of caring. How? Both words are have the root word looking and viewing. Which means two things: you can look again: re-spect, and look if your action considered the other person’s rights and value as a human being correctly, or if your action violated either. And in “regard” you can look at your hidden judgment or assessment of the person or rule or law and catch that maybe you consider yourself superior, above others, and above the law… very low vibration! 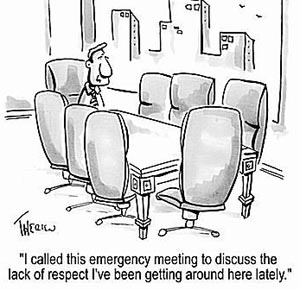 With regards to the two-sidedness of those capacities: If I don’t respect myself, if I don’t set boundaries myself, if I don’t enforce them, then it is no disrespect if someone stands me up, or is late, or encroaching on my time. I am a free-for-all, a commodity, like air.

Wow, that hurts. And then again: it is a great kick in the butt to set boundaries, to start valuing myself and my time.

You see, having capacities will only change your life when you go through these steps yourself.

PS: you’ll notice as you work through this, that the current use of caring has nothing to do with caring… not really. And neither do the current use of the words respect and regard. You will have to re-learn them, from the ground up. If you start with what you already know, you will be lead astray. 3