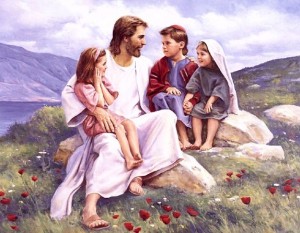 I need to state first, that I am not a Christian.

I have a Jewish heritage, grew up atheist in a Communist country, had people been allowed to be religious, they would have been predominantly Catholic there, attended one year of religious education in Israel and left for profound differences in world view. Have been studying Kabbalah for 8 years.

I am not religious. But I am very interested in the heritage of the world I am here to help connect, help ascend.

And in Jesus, and the tale, I was always interested in. I even read the bible in Hungarian… didn’t understand much, but I read it.

Anyway, Jesus the man is interesting to me.

In my conversations with Source, I learned that Jesus was not an incarnate being. He was sent to do the work I am doing now. He failed. People did not connect as a result of his teachings.

I know a lot about modeling. Modeling is an amazingly effective teaching/self-teaching method. You model after a person who has accomplished what you are after.

But… did you notice that there is always a but? lol

The question is: are you identifying the behavior that is causing the success, or GASP! misindentifying it, and emulating something that is not relevant to your success?

I have a little tale to illustrate what I mean.

In 1985 I did the first Landmark Program 2 called Communication Workshop. I did it in Israel, and my Hebrew was rudimentary.

In an exercise we were taught the different ways of saying the same thing:

To me, a foreigner, it sounded like the tone of voice was the main difference, and because I am so good with my voice, I was really enjoying this exercise.

It seemed to me that when I spoke in a “declaration” tone of voice, the world was obeying me. I liked that.

I got myself a tool that seemed to carry me to success that was unimaginable… for a few months. Then it stopped working.

I turned on my booming deep “declaration” voice and nothing happened.

I repeated the the class a few years later, already in the US, and found out that it wasn’t the tone of voice that created the magic. It was the courage, the boldness, the mindset that was there whether I was declaring, or whether I was describing: that first course altered my view of myself and the world. But after a few months of struggling in the US, that change wore off, and I went back into my victim mode. No amount of booming voice was going to change that into the attitude of a bold winner.

When we examine Jesus, what was the secret of his being, most people look at the behavior. Most people talk about love, talk about compassion. And they try to emulate that. 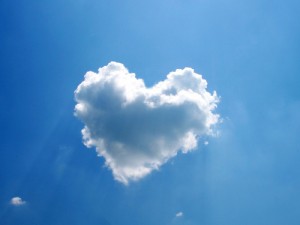 When you ask a person like that, when they say the word “love” it sounds like “loooove” or “luve”.

Sounds a little phony, wouldn’t you say? Putting out when there is nothing there…

Where did Jesus’ love come from? Did it come on the top of feeling superior, better than, and despising or even pitying those he professed to love? No. There was nothing underneath it. It was there, by itself, pure love, nothing else. No reason.

Where did it come from?

Given what I do, you could guess if you paid attention. But don’t worry, I’ll tell you.

It came from his constant and unbroken connection to Source. He called it the Father, but it doesn’t matter what you call it, it is either there of it’s not.

So, Jesus’ love wasn’t the man loving other people. He didn’t love them as himself. He loved them as Source, because in the connection he could do no other. Source loves and he was tuned in.

Don’t emulate his behavior. Your behavior may look different when you are connected. But you will be extraordinary, no matter how you express it.

Chances are that you won’t connect.

At this point 1,000 people connect directly to Source. Out of the 1,000 10 are Christian. None of those Christians is a person of the cloth. Christianity commands that you connect to Jesus, without understanding what he did, and why he did what he did.

It will take all you got, if you are a Christian, to believe in that dogma and connect.

I am rooting for you. I believe that you can. Now it’s up to you. You have the tools.

PS: As I was looking for a picture for this post, I realized that there is one other behavior of Jesus people emulate.

You see, Jesus was sent to connect people to Source. He chose a vehicle, and he chose to preach. It was ineffective. It made the past 2,000 years darker than all the millennia before.

I used to have a student, a Black Reverend, who taught that the “End of Times” that the bible talks about was 2000 years ago. When the Second Temple was destroyed.

Whether it is true or not, whether he was supposed to be the Messiah or not, he dropped the ball.