I love watching movies, I love reading, I am a half introvert half extrovert person.

I have met someone (Ben Settle) with similar personality, to adopt as a teacher. I start my day with reading his email. And I always find some way to become bigger from it.

On some level, in some aspect, you need to be the same as your teacher, or you won’t let them get through to you… My parents were both so different from me, that I learned only two sentences worth from them, both from my father.

One of his teaching was a sentence that I misunderstood for at least 50 years… until I got what he meant.

let it go… it will pass that much sooner.

Of course he said it in Hungarian, but this is a pretty good translation.

When I finally got it, it became my light in any darkness.

And the other: it was nonverbal, but I almost instantly connected with it:

don’t quit something unless you quit at the top of YOUR game… or you’ll become a quitter. 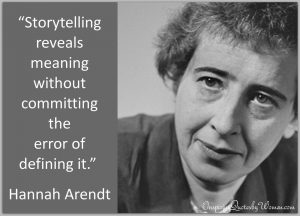 Since then I have found many different teachings that support what my father taught me: just yesterday I listened to a talk about Hannah Arendt (vibration 500) who said Eichman wasn’t evil. He was thoughtless.

And so are billions of people in most of their actions. 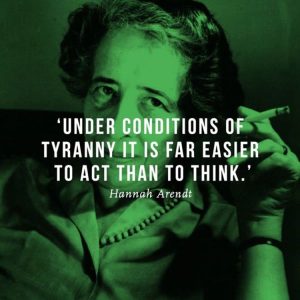 We react… without consideration. We say things, blurt out things that hurt… without ever contemplating the effects. We get angry without looking at the situation even for a moment longer than it takes to fly into rage. That is the definition of thoughtless.

My father taught me, without any words, that unless it is a choice: selecting FREELY, after consideration, it is thoughtless. Hm… you never thought about that, I bet.

I have two computers, both are misbehavin’. So I bought a third one. More than a month ago. I have been pondering why I haven’t set it up… Curious. But while I am writing this I realized that I need to take this to a choice, instead of a knee jerk reaction: chuck the misbehaving computer and start using the better, bigger, shinier new one… 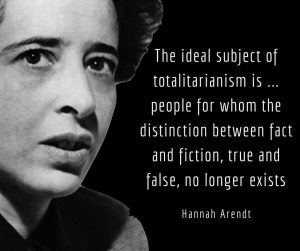 And so is with principles: if you violate them, you violate your life, you make it muddy… So I don’t. Muddy… nah, don’t want that!

Self-deprecating combines arrogance with self-knowledge… I recognize myself in that. Very few people have enough depth to pull it off… that dude does.

Here are a few things he said I “dinged” with:

“With acting, you gotta wait until someone gives you a role in a play or movie. With writing, you’re not dependent on others, you don’t have to wait. You can sit down and just create.” ~ Donal Logue


“Everybody came at it from the angle of having been a kid and a teenager.” ~ Donal Logue


I have been trying to teach this… but it is a spiritual capacity… I haven’t been able to even explain to people. To come at things not through your own self-interest, but through SEEING another’s.

Accidentally, Hannah Arendt rates that as the highest capacity too…

“I think in a weird way that the entertainment industry is strangely more brutally honest than any other.” ~ Donal Logue


This is why I want to entertain first and teach only second… I want to be brutally honest and be still considered… lol.

It works a little like Michelangelo and David: you start seeing what needs to be removed so you are left with the good David, with none of the bad David.

It is sweet work, sometimes bittersweet to work this way on yourself. Gentle, melting away, instead of jerking… small taps of the mallet… no fixing. Nothing wrong… really.

One of my students recently found her inner resonance for a moment.

If she continues finding more things to resonate with, she will be able to leave the jerky stuff behind, and know who she is.

Nothing sweeter than that.

When you know who you are, the jerky craving, desires, wants stop…

When you know who you are, the jerky craving, desires, wants stop… You need nothing. You are you, and you can now do what you need to do, without the jerky drama, the jerky need to prove, the jerky anything… even the resistance goes. 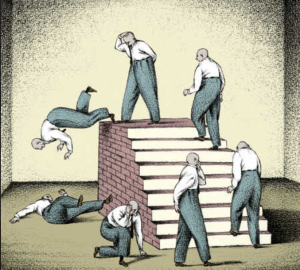 To the degree you are still jerked, to the same degree you don’t know who you are, and are expecting stuff from the outside to give you an identity. You are not a person, you are a thing… Very bad feeling with a very bad life.

What has been most instrumental for my students to gently turn in the direction their real self wants to go are two things: 1. The Playground: it is a grueling year plus long course: not for everybody.

2. The Big Bundle… a very short audio, looped in your player, plaid into your ears. It wakes up Consciousness that has been asleep, and Consciousness, in turn, starts steering your ship in the direction of your real Self. Magical, and ahem… slow. lol.

Want to check it out?

Click on this link… and you can find out more

Check out the Big Bundle