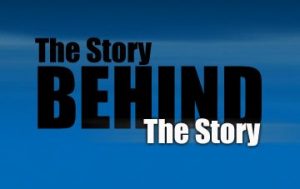 The invisible parts of the story is also a story.

A story can be just the telling of what happened and all the thoughts, emotions, interpretions the teller of the story added.

The tricky thing is to see all the stories… and then see what actually happened in reality separate from what you made up about it.

In digging for the itch, the need that wasn’t provided in an incident, that was deliberately taken away, and now running our lives, we experienced this layeredness of the story…

Everybody’s, including my own. 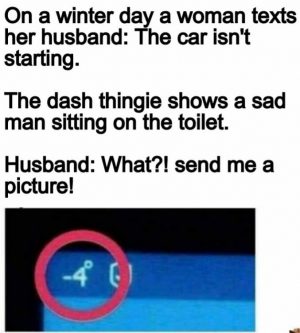 This Sunday may have been one of the worst days of my life… except that today, just thinking: there is a story behind the story… I managed, it seems, to dig out the “original story”… and the ITCH that has been oiling my racket, using my life, and occasionally makes me ashamed, miserable, wanting the ground to swallow me up.

The tip of the iceberg, the current incident is that one of the guys I regularly speak with on Sundays has been in a different context than I believed he was: he was actually using me to fulfill his need for self-importance.

Said in another way: I was conned. Duped. Tricked… Again.

I had a need that he seemed to fulfill… but his agenda was different: he was using me.

The complaint: I was conned, is repetitive. The emotional response is totally fixed: rage and shame.

What was the need and when was it born? I looked.

Because it is the need, the unfulfilled need that makes you vulnerable.

I once heard a statement by Jay Abraham, saying that people walk around with their umbilical cord in hand, looking where they can plug it in…

When I as just over 3 years old I was at a country fair, or something like it. I found myself alone. When a man came and reached for my hand, I happily walked with him, only he had something else in his mind and he hurt me.

But in that incident I had my ITCH already in place. It must have been born earlier.

I got back to another incident of mine when I was not quite two years old. I didn’t speak much yet.

My mother had to go someplace, and she intended to take me with her.

We didn’t have a car. I was little. I was wearing knitted booties… I was too slow. My mother dragged me for a while, then left me with and angry: You are too heavy… and marched away. 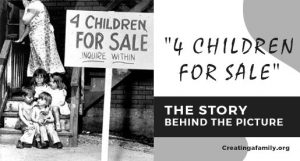 I made up a lot of different interpretations in this story, one is about having to be dragged, another one is being discarded so easily, like a used paper napkin… I was pretty useless… It also didn’t matter to my mother how I felt… so I didn’t matter. I obviously wasn’t wanted… I had no value… blah blah blah.

Judging from the eagerness I walked with that stranger at age 3, judging from the eagerness I scheduled call after call with this student on Sundays, my ITCH is around being wanted, having value, mattering to the other. are they all three my ITCH, or one is more important than the other. Muscle test says: they are a three-headed hydra… pulling me down… Drama, drama, drama.

When you want to disappear the wrong in the incident, it is mandatory that you see what is the ITCH that gets into trouble again and again and again, or you can get to 99 stories and the wrong won’t disappear.

You may have made up a different story in all your incidents, but only one is your racket.

In the 3-year old incident I made up that I was stupid. Gullible. So smart became one of the aspects of my identity… regardless of the truth…

And yet, you felt the way you felt, and you created a racket.

In the ITCH workshop we did all the looking… In the new workshop I work with the people who are clear about their ITCH… and are interested in developing a strategy to neutralize the ITCH.

It’s not that the ITCH is not a valid desire, it is more tha the ITCH is the trigger and the oil that starts and runs your racket.

And, between you and me, the racket can eat up all your life, use up all your spiritual energy, and make a wreck with a wreck of a life… so yeah, neutralizing the ITCH effectively will return your life to you, and you to yourself.

When I look at people, everyone is afraid to be themselves.

You may not notice, because many people have developed a persona, and identity, that is arrogant, cocky, but inside they know they are putting up a front. What is underneath that is that they are afraid that who they are, who they really are, is not acceptable.

If and when you manage to disassemble, neutralize the hold of the ITCH on you, when you learn to manage the neediness it creates, you can start to live a life you love and live it powerfully.

There will be more work to do after the workshop, but until you are successful with the ITCH, no other work, no other learning will change you a bit.

Until you are successful with identifying and managing the ITCH, no other work, no other learning will change you a bit.

So make sure you start with the first thing, instead of being sidetracked by some shiny object, an unproven technique, someone with the golden tongue.

If you are in my Playground and have at least a 40% grasp on your ITCH, then sign up to the workshop I’ll schedule once I have enough paople signed up.

If you are not in my Playground, Or you don’t have at least 40% grasp on your ITCH, you’ll have an opportunity to switch over to the beginners’ course on the next page.

If you order before Friday, whether you are a beginner or advanced, you’ll be able to use the 20% coupon code to make it easier on your budget.

The coupon code is 20-OFF

Beat your ITCH, become not needy