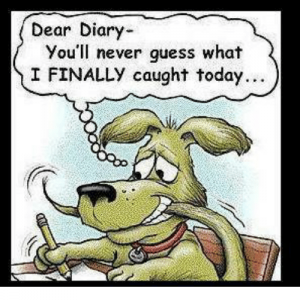 I started to do this work 13 years ago in earnest. That is when I found out that I could connect to Source whenever, wherever… no problem, no effort. So I started to connect frequently.

That is when the negotiations between Source and me began.

I get energized by no. I have proven it time and time again… so I doubled up on the work I was already doing. And by 2011 I achieved a tentative yes. Tentative. Source doesn’t offer tenure… lol.

I didn’t have a desire. I had an intention. I had the ambition. I was and I am still doing whatever it takes.

Need hangs the fulfillment its desire on a circumstance not on its own actions. Need makes you not earn what you need, not provide it to yourself, not makes you independent of the other, of circumstances, of god, of miracles.

Need traps you in a desire trap, and disempowers you. It makes you a beggar. An angry beggar, who feels entitled for the stuff it begs for. Slighted.

Every single human is a beggar to one degree or another.

The 1% has managed to fulfill their need themselves. And even some of them, like Steve Jobs, according to muscle test, struggled till he died to get his need fulfilled. What was the need? It must have come from being adopted… but I didn’t know Steve Jobs. 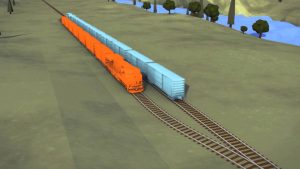 Most of what you need to become a fully growth-ready person, to return the main track of evolution, personally, a person who can and will grow, most of that can be learned and mastered with the Playground methodology, the methodology I am developing for Source… the methodology to get humanity off the sidetrack, and back into evolution mode… so humanity can reach the 1000 years of peace.

This job has two phases: developing the methodology to get off that sidetrack that language got humanity. Language, the language of interpretation, the language of meaning made us a meaning making machine, and got us stuck in homo sapiens state…

All mind no beingness.

Wicked. Not happy. Not joyful.

As you watch children, they are born joyful. And gradually they become boring, bored, miserable…

My work is to go to the edge, and come back ready to report and teach what I learned there. Very painful… but it is all in a day’s work.

Once we succeed, we’ll be stopped by another obstacle: lack of beingness and learning to communicating FROM beingness.

I see that the recent introduction of the ITCH to the Playground, making it integral part of the program has been a crucial step in that direction.

Do you need to do the Playground to get there? I don’t know.

Maybe once we are past this current hurdle, I’ll see that much of what we have done in the Playground could be made easier… but you can only connect the dots in hindsight… so I don’t know. Yet.

If you are not in the Playground, I teach the ITCH process in a standalone workshop. The ITCH process is finding the ITCH: the original desire for respect, compassion, acceptance, being treated as special, validation, etc. what you said was missing and is still missing.

Whatever you said was and is missing lives as your ITCH. As a craving, as an agenda, an unfulfillable a need, like Baron Munchausen’s horse’s thirst. An ITCH that can’t be scratched.

It makes you needy.

Need is a surefire way to no success, no fulfillment… Because no need can be permanently fulfilled… that is why I call it ITCH… the itch that doesn’t go away. It’s insidious. And it is ubiquitous… OK, the 5-dollar words mean: it is sneaky, and it is everywhere.

I got an email from one of my students yesterday. He says: …By the way since Saturday’s webinar and doing the mirror exercise I’ve started having more compassion…I don’t know why…compassion for others…for my children…..I am starting to see my oldest son’s racket…complaining that everybody is unfair to him and reacting with anger and a me-me way of reaction….I talked to him calmly and it came out that his itch is being worthless…

my answer to this: … RE your son: worthless is the racket… the ITCH is the desire that was and has been thwarted, maybe it is valued?

He looked, talked to him, and wrote back: I see…yes I can see that Sophie…the racket is worthless….I asked him today and he said he wants to feel valued….Shit…seeing that everybody has an ITCH and a racket has shifted my view…Thank you for this Sophie.

What you can see from this email exchange is that everyone thinks they are the only ones with this affliction.

But unfortunately this is part and parcel with the human condition. And if and when we ever become, ever evolve to the level of human being, we will still have a racket, an ITCH, and all those invisible dynamics I teach in the 53 invisibles video course.

You cannot avoid these invisibles, you cannot disappear them, you can only manage yourself.

Lately I have had, maybe out of sympathy? bouts with my own racket, and ITCH. Maybe out of my commitment to go to the edge and come back ready to report what I saw… so you can have the transformation as well? Whatever it was, I have been doing my own work on mine.

Although each person supposedly has only one racket, it is possible that each time you decided to fix life you invented a different way to beat life, fix life, and each of these fixes are racket-like. They all look separate, but my hunch is: they stem from the same root.

Here is one of mine I have obviously avoided but not handled. Yet.

I like to be easy to carry. I don’t like to hold up people, and most people get upset at me for it. I walk down a block to meet the driver who takes me to places. I am an eager beaver… an annoying eager beaver.

The original story happened when I wasn’t even two years old… My mother left me in the street claiming that I was too slow and too heavy. Ever since I have been trying to fix that… not be too slow, not be too heavy.

And tons of total screw-ups have come from that. For example I paid for an expensive item yesterday three times, because I was hasty and didn’t want to hold up the salesperson… So now I need to beg to reverse the charges… ugh.

As you see, hastiness is the result, and being accident prone… breaking or slashing limbs…
————-
It’s next morning here…

I spent yesterday, nearly the whole day on the phone with technical support… My site wasn’t working. I slept fitfully… and I just woke up from a recurring nightmare, sobbing.

In the nightmare I was somewhere with friends, was held back by someone, and by the time I was released, my friends disappeared. It SEEMED that they left me behind. I became frantic, I couldn’t suddenly remember their names, my phone wasn’t there, I didn’t have their phone numbers. There I was, AGAIN, left behind.

Until this morning I never realized that I felt abandoned, not wanted, in that incident when I was left in the street. That the terror and anguish of being left, abandoned is stronger than any other feeling I had.

It is still that same story… but what is the ITCH? It is, surprisingly, not only to be wanted, not only to matter, but to be cherished, to be idolized… Hell, why not make an impossible ITCH if you can? lol not funny.

The ITCH is like that impossible dream Don Quixote sings about in the Man of La Mancha.

And no instance of someone scratching it for you will ever calm down the ITCH… it is here to stay. But you can use words to soothe it, words you whisper yourself, they work like Calamine lotion on an itch…

I can whisper to myself: I am here. I am not going anywhere. We are OK… and then come the tears, but these are tears of relief mixed with melting grief. And then I am OK for a while. But the ITCH never disappears.

My mother left me in the street, clearly within sight distance, and I bet my nanny was watching us from the door. But the memory distorted the incident: in my mind, in my language, I was abandoned, discarded, not valued, not wanted: I didn’t matter.

I have never studied the inner child theory and methods of John Bradshaw.

So I don’t claim to know it… and I don’t know if this is the same or different. I can muscle test, Source knows things I don’t know, and Source says Bradshaw’s work is only 10% effective. I looked at some of the affirmations online… and it doesn’t ring as if it could work.

My whispering to my Self is 100% effective, although, because of the persistence of the ITCH, it is temporary, but it works every time.

My assertion is that the ITCH can be dismantled for longer periods of time by using language in a generative way: where language will create a new reality.

As I have said many times, I don’t know how deep the rabbit hole goes. So far it has gone a whole lot deeper than I had anticipated… humans are not two-bit machines.

Everyone had something happen in their early childhood that created an ITCH. And then several other incidents, maybe, that made it so convoluted, that it is hard to see it clearly, all these years later. 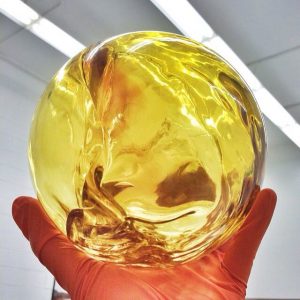 The good thing about it is that this issue, this big boulder between you and your horizon is not a ball of wax… it is a ball of yarn, and as we chip away little snippets, eventually the tight ball will become cushy, and will allow us to continue moving towards living a life befitting a human being. 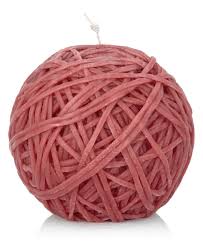 The most important thing is: if you ever want to be free, powerful, live a life you love, you need to be relatively free from the ITCH that makes you needy, jerky, obsessed, and forever unfulfilled.

Little by little you can do it. There is no magic bullet, unfortunately.

My students, even though they are only halfway through the rabbit hole, are a whole lot freer than they were when they started.

It is 7:10 am here… the dawn that I can observe through my panorama window. It was, just a few minutes ago, pitch dark. I can see the trees against the slightly lighter sky. A hint of pink at the bottom of the sky where it meets the next hill across the valley.

For most people, without this work, the sun may get up, their lives are still hope against hope…hopeless. Hope is a version of needy.

The ITCH workshops will help you snip away at that ball of yarn, so you can start, slowly, live a life you always wanted.

Even my most hopeless soul correction students are starting to turn a corner.

We, humans, can master the machine… eventually.

Start snipping away at the ball of yarn… You’ll thank me for asking you.

Use coupon code 20-OFF before tonight, Friday, January 24 midnight for 20% off

Learn to distinguish your ITCH