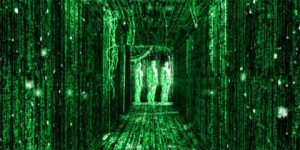 What Is The Holographic Universe, And Why It Is Important For You To Know It Inside And Out?

I’ve read a book 1 on the holographic universe. It was interesting, it was nice, but it was hard to see why it was useful to know it. Yet, this may be the most important piece of information that humanity needs right now. This information may change the future.

This article is going to say all the things I have learned that are not in any book, not in any video, unless, of course, there is another person is also talking to Source, which, according to my muscle test, is not happening right now. 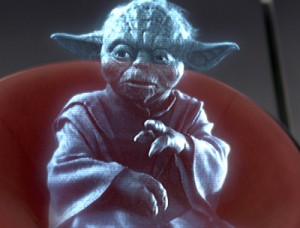 First off: what’s a hologram?

In simplistic terms, a hologram is a three-dimensional image made with the use of a laser, from a two dimensional pattern.

Second: what does it mean holographic, what is the holographic principle? 2

…
In a larger and more speculative sense, the theory suggests that the entire universe can be seen as a two-dimensional information structure “painted” on the cosmological horizon, such that the three dimensions we observe are only an effective description at macroscopic scales and at low energies. Cosmological holography has not been made mathematically precise, partly because the cosmological horizon has a finite area and grows with time
…
In layman’s terms, we could all be living in a hologram, and not know it. Much like the Matrix people lived in a computer game… 3 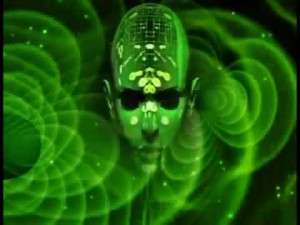 Third: Why is it important to know about the holographic nature of the universe, especially today, and especially from the point of view of this Planetary Shift that will happen… whether you are prepared or not. Whether you’ve been making the right choices or not.

I am going to talk only about what is relevant to the issue of raising your vibration/your ascension.

The following information came to me in the course of quite a few years. Most of it probably came from Source, but I wasn’t conscious enough to know.

All that is, i.e. the known and the unknown parts of the Universe, the upper worlds and the lower worlds, all of it is like a large hologram. This hologram or Universe has two major parts 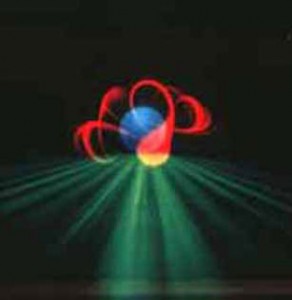 The part that has unfolded is perceivable with instruments, with our senses, it feels and registers real. Most of it used to be part of ‘the yet unfolded’ until something in the human consciousness triggered it to unfold.

Quantum theory says that until one observes reality (witnessing) 4, reality is not defined, not definitive. Until that point, until it is witnessed, it is part of the yet unfolded, and what decides what it’s going to be is the consciousness (preconceived thought) of the observer.

An experiment that proves this theory was: they shipped a package from the USA to Paris, France. The item in it was never observed by anyone. The first observer, that opened the package, in essence, decided whether the item was a wave or a particle. Until that point it was neither.

Don’t let this confuse you, because this is as much “science” as you are going to get. What is coming is pure “new age-y” stuff. 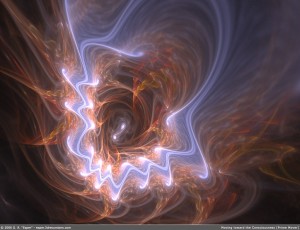 Here is the Kabbalistic history of our universe:

In the beginning there was nothing other than the Light (The Source of All of It). Then the Light fashioned a Vessel from itself, to hold its light. Then came the Big Bang 5, and the physical universe got fashioned from the Light itself. The Vessel broke into miriads of little pieces, tiny vessels to hold the light of the Light.

Life, it seems, evolved on one planet and the souls have been using these life forms, especially the one that has self-consciousness, the human, to practice earning their light.

The humans, carriers of these souls, wanted to make sense of life, of their origins, of the universe, and made up stories. They made up Myths. Legends. Told enough times by enough people, each created the actuality of itself, consistent with the Holographic Principle of the Universe.

So, the Mayan created elements of what we have today as reality, on the eve of 2012. The Hopi indians created more of the same. The Kabbalists, the witches, the Law of Attraction people, all contributed to reality being what it is today.

If we look at what we have today, we have a mish-mash, don’t we.

Everyone is right. There are demons, there are angels, there are entities, the spirits of the dead make a long journey, there is evil, there is dark side 6…

I am a purist. I am a born “aristocrat” as my friends like to say. I only want to deal with Source… I don’t like to concern myself with these man-made plains, creatures, forces, elementals, etc. They, like humans, are incapable of giving without strings attached, give lip-service to unconditional love, take sides and have strong opinions about everything. They are as diverse as humanity itself, as divided, and as deadly. And dealing with them is not safe, not divine, not higher consciousness… in my opinion.

90% of the people that live on Planet Earth have an affinity to the world of stories, the world of shadows, the mystical, the magical, the dark, the world of magic. This, the thinking of the 90%, is what sustains it, what is breathing life into it, day in, and day out. 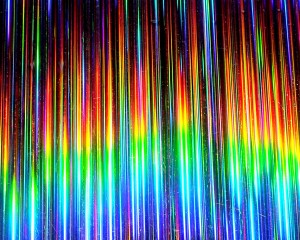 Let me illustrate the Universe to you: imagine a big table cloth, much bigger than the table. The table is wrinkled and fully covers the table. One side of the cloth is red, the other side is green. (Just made the colors up, no significance, really!)

When you look at the table, you see a tiny fleck of green and a sea of red.

The proportion of the unfolded and not yet unfolded is permanent: it is 1% to 99%.

We, humanity, decide what gets newly into the unfolded by what we give energy to in our speaking, stories, movies, pictures, thinking, prayers.

Currently we are in the process of adding everything that fear can imagine: wars, famine, flooding, alien invasion, red planet, white planet, dwarf stars… the whole shabang.

Some of it is unfolding as we speak. Congratulations to us, we are creating a horrific reality by trying to avoid it, but yet being titillated by it. .

How? All-of-it doesn’t know the word “no” or “not.” So when you pray “don’t” then whatever comes after that word gets an energy boost and is poised to “manifest.”

By the way, manifesting is just another word for unfolding.

Very few people have the brain-capacity to command enough energy to manifest something single-handedly.

But when the media frenzy sways millions or billions people, the mass of small-brain people can and will cause catastrophes to unfold. Not instantly, but over time. Guaranteed.

Bad, very bad. At the same time, there is never such an alignment of the masses on anything life-affirming, Life affirming thoughts are sporadic and inconsistent. Not enough energy to matter.

But… and there is a tiny bit of good news in this article: You can put your brain power on steroids by practicing putting yourself into theta brain wave with the Tangerine Method. And if you practice enough, you can create a 2-way connection to Source by lifting your “triangle” through your tangerine spot.

Muscle test shows that you multiply your manifesting power by 10,000 just by getting into the Tangerine state. That is adding 4 zeros… As if 10,000 people asked for the same thing at the same time.

Or when you get to the vibrational/consciousness level where I am, it will be six zeros that you can add.

4 thoughts on “What Is The Holographic Universe, And Why It Is Important For You To Know It Inside And Out?”