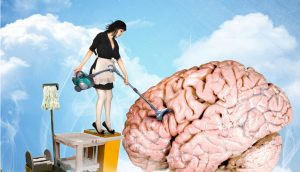 OK, I am going to share something new, something risque, something that flies in the face of all medical science and research, but Source is adamant that it is true.

When back in August (2019) I felt I was dying, my health numbers were horrible.

I started using the Big Bundle, and it was a godsend. It worked. For me, and for many of my clients and students.

Then, about a month later, Source told me that the Big Bundle couldn’t do the work by itself, that I had to help it…The Big Bundle wakes up consciousness to that there is something to pay attention to.

After a lengthy 20-questions style interaction, we settled on cold pressed, not toasted, Sesame seed oil to take, 2 ounces a day, in addiction to cooking with it. 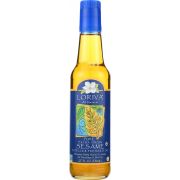 This was 4 months ago. Today my heart operates 18%… the number has been going up steadily.

Drinking the sesame oil, preferable just before going to bed, has cleared my major arteries 100%, and my capillaries in my legs 20%… it seems to be a slow process.

It has removed all the plaque from my brain.

In my work being sharp is mandatory: quick, accurate, able to handle complicated issues, learning new things, grasping, quickly, the essence of things.

So I just muscle tested the brain function of 12 people.

One of them, at my recommendation, has been using just two tablespoons of cold pressed sesame oil a day for about 6 weeks. Her brain function went from 3% to 7%. Originally I recommended it because of her clogged arteries, but the same plaque is on both organs… she is getting better, not just her numbers, but her life experience.

I haven’t shared this with anyone else, because it sounds like I am giving medical advice, and being arrested for that is the last thing I want for myself…

So I am reframing it as a nutritional advice, that you can take or leave.

There are, of course, other reasons why someone cannot think… emotional mainly… (the ITCH) or simply a brain deficit, intellectual slothfulness, thinking themselves smart.

I just read an article on Medium.com by a dude, whose vibration is 100, his IQ is 70, and he compares himself to Einstein… Albert Einstein.

I have noticed that no one thinks that they are not smart. In fact, everyone thinks they are smarter than the average guy… which makes no sense…

The average intelligence, nowadays, according to my muscle test, is 80.

The people who have 1% use of their brain think that they are smart, but for some reason right now they can’t think well, don’t understand, or make misjudgment. Maybe they just need rest, drink some water, eat some chocolate… That is what they think.

I am not here to judge. I don’t like to judge. What seems like judgment from your vantage point is an assessment. (Assessment is a measurement… It is three meters… it is two pounds… not a judgment, assessment. Property assessors… go out and assess the market value of your property. They don’t judge…)

And I don’t judge.

Judgment always comes from ego. All judgment is designed by the ego to put itself higher than the other.

I prefer to assess both my own and others’ abilities, the numbers, and see what causes low numbers, what makes changes, and how I can, maybe, help. 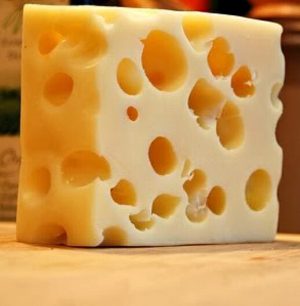 I am from a family of big-brain people, but for reasons I haven’t figured out, I have had two big and several small brain damages… So my brain is a lot like a block of Swiss cheese… big holes.

With a lot of work, and some risky energy intervention (Holosync), I managed to connect my two brain hemispheres, so other areas could take over for the damaged areas… adding numbers, my multiplication table, some foreign languages, some spatial issues. Most of these are restored to at least 40% of what they used to be.

Even with the holes I have a relatively large brain. But plaque reduced the usability of it almost completely.

The Big Bundle and the sesame seed oil (virgin, organic) has been effectively restoring the use, I can use 30% of my brain. Could I use more? Yes, says Source. I could use as much as 70% of my brain power.

In my calculations, if you are alive, no matter what age, you have plaque both on your brain and in your arteries.

And that is, pretty much, what I wanted to say in this article. That sesame oil seems to wash that plaque away.

So knowing what is holding you back, and knowing what can unstuck you is mandatory, if I want to fulfill my life’s purpose.

My suspicion, judging from the 26 thousand people who read that article on Medium by that guy who could not write about himself… only about his delusions, my suspicion that most of my readers are not intelligent or not well enough to see the value in my products.

But it is titillating to be reading my articles… even if you can’t grok it.

And this is my suspicion… you could prove me wrong… Maybe.

OK, I have been promoting my ITCH workshop, and jumping on a health evaluation would be silly… but if you want your health evaluated by yours truly, you can…

And if you sign up to the ITCH workshop, I’ll measure your health measurements for you… either that or the 2 weeks worth of coaching. Your choice…

But only if you sign up before Sunday midnight, February 9… it’s just a couple a day away.

Get the itch workshop

2 thoughts on “Your brain, how smart you think you are, and sesame oil”