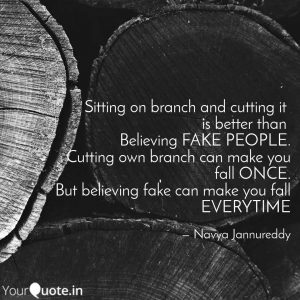 Humans, as a species, are not good. They are an invasive species. Destroying the planet they live on.

This is not a moral judgment. I am do not subscribe to any moral system…

Morality is a human invention. There is no morality in reality, in nature. Morality is invented by rulers and governments, and churches, to keep the hordes at bay, to make them behave in a way that is counter to their nature.

It was a lot like taming wild beasts, tigers and such. The training suppresses their innate nature, the carnivore, the free spirit, and make them, temporarily ‘tame’… 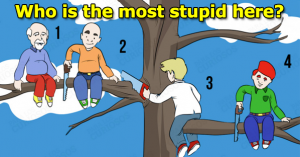 But their DNA doesn’t change, they are carnivores… Humans are worse. Scattered, and unconcerned with the environment they destroy.

It is an entirely human picture: the human cutting the branch he is sitting on. Boring a hole in the boat’s bottom. Sinking it… and be surprised.

What I like about Kabbalah that it is not a moral system. It is interested to finding out and mapping out what are the ways to get more out of life.

Get more peace of mind. Get more joy. Get more harmony. Get more meaning… you know, the good feelings.

Kabbalah, the word, means ‘getting’ in Hebrew. I assume it meant that also in Aramaic… I don’t know Aramaic.

So my relationship to this mess, we call human condition, is to see what is causing it, and see if there is a built in escape route, or alternative route, or something that gets us, humans, out of this deep hole we have dug ourselves into…

I tend to be undecided about intelligent creation. The presence of a DNA that has all those unexploited capacities makes me ponder.

Somehow the potentiality is there, and has been from the beginning. Unused, but it’s there.

And if it is there, then with the right methods they can be turned into possibility and even reality.

And if I am not an aberration, opening those potentials can turn someone into a human being…

Human being is an evolutionary stage of humanity, as is homo sapiens.

The main difference between homo sapiens and human being, as I see it, can be said in just one word: ‘and-ness’.

Homo sapiens judges everything from an or-ness perspective. It is either you or me. So people argue ad if their whole life were at stake, if only one of the arguers can be right, win. And if they don’t, they lose. Or are wrong. Or will die.

Some humans are more stuck than others. How stuck you are and how you are stuck can be predicted from your soul correction.

I now have had enough experience to see that I cannot unstuck certain soul corrections: their insistence on living in a world of or-ness prevents them from ascending.

Kabbalah calls this ascension ‘climbing the tree of life’. It is more accurate: it is climbing, and it is always difficult.

Every step you need to abandon the previous step, or you can’t climb.

And it takes time. And a lot of work.

Is it worth it? Hell yeah. Would you ask if it is worth climbing out of a dark cave? Every step you get more light, more life. But you are not outside until you are outside.

All those ‘masters’, and gurus, and whatnot, who give lip service about awakening, and other b.s., where you just take one step and you are outside of misery, are fakes. False prophets. Liars. Pretenders. Whether they are Indian, or not… lol.

The ‘law of attraction’ racket is so successful because people don’t want to change.

They want to be selfish, arrogant, condemning, judgmental, love-less, ungrateful, unappreciative jerks, and still get all the benefits of a ‘law’ of getting. Kabbalah.

Without doing the work, without becoming a human being. Getting without giving.

In the What’s the Truth About You workshop, tomorrow is the first workshop I am giving, we’ll see where you are at.

Your vibration, a number, tells, very imprecisely, where you are at in your climbing the tree of life.

Interestingly, the people, ex-students, or soon to be ex-students, started out with higher vibration than they have now. Why is that?

When during climbing you change your mind, when you realize that you are unwilling to leave the predatory realm of ‘desire to receive for the self alone’ you contract. You become more and more about you, and more and more about how it is your due to get everything you want, because… why is that? Because you are you! lol.

I know, it feels horrible. I know it is unfair. I know you are personally offended.

No respect, no love, no taking care of, no livelihood, no being a winner, no being considered a somebody, a royalty, a smart person, winning, being the only one… nothing.

You need to earn everything. And earning means: paying the price. With work, with caring, with giving.

For most of you it’s a bummer. You don’t want to give. Why? Because you live in an or-ness world, where when you give, you have less, maybe even nothing.

One of my favorite principles I live by is “I don’t do anything for money that I wouldn’t do for free“.

Or as Sergeant Bradley says in the Omega Series: “Never take on a fight you’re not sure you can win.” He’d wag his finger at me and say, “The Iron Duke, mate, the Duke of Wellington, he never lost a battle in his life. If he wasn’t sure he could win, he withdrew… And he’d draw the enemy to a place where he could annihilate them. Duke of Wellington, mate. People say Napoleon was a genius, but Wellington beat seven bales of sh*t out of him.”

So when I encounter a student I am sure I can’t help, I fall back to this principle…

But before I make my final decision, I look at this other principle, also from Sgt. Bradley: “You’re never out of options. All you ever run out of is imagination.”

And only when it’s OK with me that I have run out of imagination, then I let people go.

The process of becoming one of my students is long.

You need to prove to me that you can expend effort on your own behalf.

My hunch is that you have to have a vision first of yourself, or your life, to be able to do that.

I did. I saw myself free, with the wind in my hair, doing what I do best, and not having a care in the world.

Simple. I was already working hard, and loving it… but freedom wasn’t there, yet.

You may be at a completely different stage, like my client who envisioned his life like this: My big realistic dream is to own my own business that I enjoy doing, and that I can share with my family and friends. For instance, my dream business would be a cozy restaurant or a café, where I can make enough money to have a comfortable life, and where I can always have friends and family over to eat, hang out, and have gatherings in. I want to also have a espresso machine in this café or restaurant, and I want to make my own coffee and let my friends try my coffee while we have a good time in my restaurant or café.

Wherever you are, you need to envision your future self, and start living like that self.

Even President Trump needs to give to be somebody. Elon Musk, Mark Zuckerberg, whoever… they don’t just posture as somebody, they still earn it every day.

If you want to come to the What’s The Truth About You workshop tomorrow, you have to buy it today.

You can buy one session at full price, or three sessions at 30% discount. Your choice.

2 thoughts on “Never pick a fight you cannot win… Now what?”