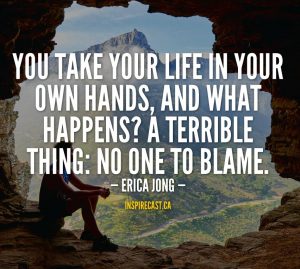 …instead of expecting someone else to do most of what is needed for them: give them a job, a livelihood, tell them what to do, what to think, etc.

An entrepreneur always looks in reality… that is what distinguishes an entrepreneur from a ‘normal’ person. Normal means: a 99%-er, a second-hander, an effect, not a cause…

Tons of people think themselves entrepreneurs, but until and unless one thinks like an entrepreneur, in the moment!, one is at best self-employed and has a fool for boss.

And because an entrepreneur looks in reality, he/she doesn’t expect instant success.

An entrepreneur knows that the path to a successful solution is through several twists and turns. Tiny steps, lots of wrong turns…

When it looks like a dead end, an ordinary person throws their hands up and declares failure. An entrepreneur keeps looking at the situation until a solution becomes visible.

Why? because an entrepreneur knows that it is nearly impossible to see everything… Lot’s of solutions need you to look for a long time, with patience and maintaining your attitude:

there is a solution, I just don’t see it yet.

They don’t see it yet… and therefore they suspect that they have missed something. So they look through different filters until the solution becomes visible.

In 99% of the seeming failures this is the case… They missed seeing something… until they did… or gave up.

If you have a habit of not looking when something looks hopeless, your entrepreneur “score” is low. 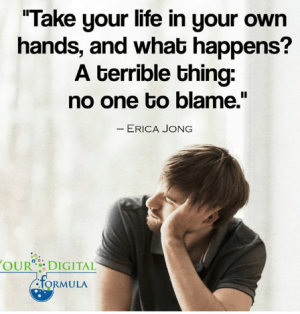 You need to look, before you give up. But you also need to know when to stop… The astuteness is needed so you can see when you are on a losing path… so you can stop yourself before you wreck yourself.

Until you give up

your chances of succeeding at anything are between zero and none. Why? Because…

neediness won’t allow you to look and see. Neediness is like a colored glass… distorting reality.

I have an interesting example that will shed light at how this works.

I have a student/client who a few years ago created a search engine for an ethnic minority. It cost him a pretty penny, he is not a programmer. When it didn’t turn out to be an instant success, he abandoned it as an utter failure. It didn’t make him an instant google oligarch…

A few days ago he checked his google search numbers, and found that there are 300 visits to that site a day. Every day.

My site gets 300 visits a day. For years it was around 200. And even then I was making a living with it. I have to post articles, lead webinars, create products, and WORK a lot for that living…

Without any additional work he created a traffic stream of 300 people a day… but he considers that a failure, because he needed to be google.

Do you see how neediness distorts reality?

Unless he faces reality, unless he can appreciate what he has, he cannot become an entrepreneur…

Look, don’t think. Look in reality… not at what you think, not at how you feel, not at what other people are saying.

Most of you make decisions for life without actually having enough data.

What gives it away is that you say: I am thinking.

Or you say: Let me think.

Or you say: what’s coming up… what’s showing up…

You tell me that you are cooking in a kitchen that has only old ingredients… nothing new, nothing that you actually saw, observed, and accurately interpreted.

I don’t say that thinking is bad… but what you call ‘thinking’ is actually ‘having thoughts’. And that, my friend, is not good for producing results.

Real thinking is based on data. Data from reality. It can be data observed, accurately, or maybe even data from other people’s observation.

The 67 steps program is a look and see program.

You look and get some data that is either accurate or an opinion, but it’s data. And then you look. You look at your life, and see what you see.

And then you look to see if what you see about yourself and your life is in line with the principles of the step.

You do this daily 67 times, or if you are like me, daily, for 28 months straight.

Even as few as 67 days can help you make a huge turnaround, if you do it the way I am telling you to do.

The practice of looking is missing.

When one of my 67-steps clients says, in one step, that his ability to conjure up and generate force of will, on a scale of 1 to 10 is 6.

He is looking for that number in his mind, in his feelings.

In reality, had he observed his behavior for even just a few days, he would see that he hasn’t done anything that needed force of will for decades, so I place his number at 1.

Mine is 6. And that number shows accurately every day, because that is the level where I live: At a level of ability to conjure up and generate force of will to land my plane on the landing strip, no matter what the weather is like.

Among all my students I only have one person whose number is higher than one.

He is the one with the search engine that isn’t google.

The rest of my students are delusional, dreaming of great feats. Or not even… Weak or no ability. Unmotivated. No inner strength. No landing strip in sight.

This ‘no landing strip in sight‘ is one of the topics I want to go into deeply next… not in this article, but in the near future.

The fact that they are on level 1 to conjure power to make things happen doesn’t necessarily mean something about their future… after all ‘The one thing all famous authors, world class athletes, business tycoons, singers, actors, and celebrated achievers in any field have in common is that they all began their journeys when they were none of these things.’

Once they have a ‘landing strip’ in mind, they will be in the game… they aren’t yet. And when you are not in the game, you don’t need power… you can just meander aimlessly from day to day.

One of the things that all high achievers have in common is the ability to say ‘no’. Saying No to disruption, no to sidetracks, no to meaningless activities. No to looking in the mind. No to rules you set up.

The more no you can say, the more power you have for what you say yes to. Make it something good.

I am only at level 6 because I am not strong at saying no to sidetracks.

I have always been fascinated with the idea of planting trees. It is obvious to me that the earth would be a nicer place with a lot more trees. Everywhere.

So yesterday I researched Siberian Cedars… again. I wanted to buy a hundred seeds and plant them in tiny pots, and when mature enough to plant outside, plant them. I live in an area where they would be able to grow.

Muscle test said ‘no’. I asked why? and found out: because it takes time away from my job of taking humanity to live by the Original Design… and if I don’t do this job, no one will.

I sighed and said: OK. This time I asked, but often, like a belligerent child, I don’t ask.

You see, I do get pulled left and right, just like you do.

But at least some of the time I say no.

You don’t… And therefore your level 1 ability to conjure up force of will that is needed to create a life that makes a difference, while mine is level 6.

I bet the big names, like Bill Gates, have higher. Bill Gates has 7. Tai Lopez, not a big name, but the idea comes from him, has 8. Elon Musk: 10. Roy Williams (Monday Morning Memo) 10.

I don’t call that power willpower. I’ll call that dedication.

Dedication is not a feeling. It is power.

Power, by definition, is the measure of making things happen. Powerful means: the ability to make things happen. The tools are secondary… But there has to be a vision.

It can be in any area. I endeavor to grow my power every day. A little bit. 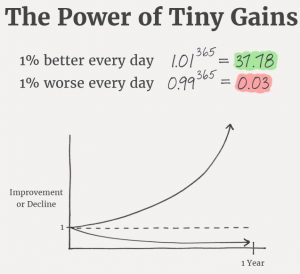 I don’t remember where I read that you could consider the 1% growth a day a spiritual practice.

You start the day, every day, intending to produce, altogether, in every area, 1% more than the day before. You do this every day. Eventually you’ll double, triple, quadruple your life.

But beware: the growth needs to be in reality, not in how you feel…

It can be in either one or all of the pillars of life: health, wealth, love, and happiness.

I posted this video yesterday of a woman, who, like you, is deaf, blind, and dumb… Not looking in reality.

It is funny and it is tragic.

This woman keeps tasting the same spoonful of the soup she is cooking, expecting it to change while she pours salt in the skillet… so she makes decisions to put more salt not from reality, but how the soup tastes in the spoon. 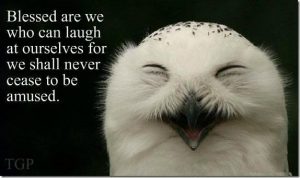 And that is you, my friend.

Before you embark on any growth program, it is a good idea to know where you are at.

I can muscle test it for you… in my starting point measurements.
If you buy the Amish Horse Training Method, now includes my Reality workshop, I’ll throw in the Starting Point Measurements… until the clock runs out… on Sunday at midnight. You also get 50% off with the coupon code AMISH.

This is my idea of Christmas gifts: give you something that you’ll remember for the rest of your life… if you use it… of course.

The Amish Horse Training Method
Go get it at 50% off till Sunday.