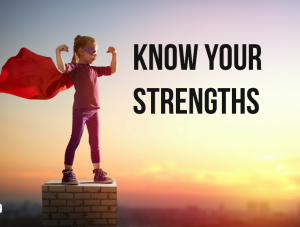 “A person can perform only from strength. One cannot build performance on weaknesses, let alone on something one cannot do at all.”

It seems that even one strength built on and used makes the person’s fatal flaws insignificant… Boggles the mind that so few actually do build on their strengths, because all the self-help books talks about your weaknesses.

And that is tragic… but it now makes sense that…

People have a really difficult time finding their strengths. 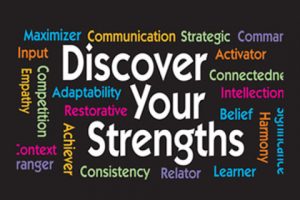 Maybe because they don’t have any? I don’t think so. Probably because these strengths are not used, not recognized, not taken advantage of.

And my guess is, that because people look at the world through very narrow cone of vision, they have a hard time looking and seeing anything meaningful to them.

In psychology, panning your eyes by turning your head left to right and right to left to cover the approximately 150 degrees that you can cover this way makes a huge difference for the person who is doing it. You suddenly see that the tiny sliver of view that contained your ‘issue’, your ‘problem’, your drama, is just a dot in the near infinite expanse of that 150 degree view.

People, you, live in a cave, and you don’t even move your head to see it all.

And you have, not surprisingly, a very narrow cone of vision.

The other day I measured a woman whose cone of vision is 30 degrees, and I jumped for joy. But even with a 30 degree cone of vision, she zoomed in to her weaknesses, and she looked inward to her precious ‘I’… the unreal person she wants the world to see… who she isn’t, although could become.

Let’s look at strength. Honestly, I had to google it… and turns out that what the world calls strengths are potentials driven by capacities, the same capacities that are either turned on in your DNA or they aren’t.

Being able to see the big picture… i.e. have a wide cone of vision and be willing to move your head to see what there is outside of your cone of vision, is one such capacity.

But even if you can do that, willing to do that, you could be only interested in a narrow question… but it is till a capacity and therefore a strength.

DNA capacities are either inherited, or have to be opened with an epigenetic method: by using the non-existent capacity and then the DNA is willing to open it up… after several and lengthy use.

One of my teachers is going to Toastmasters because he wants to open up his capacity to be coherent, natural, convincing, entertaining, and god forbid, maybe even funny.

He built his company on the strength: his programming capability and the ability to explain it to greenies like me.

I remember when he took in a partner whose only strength was that he was a natural at speaking. He was on the debate team in high school, so my used his strength of speaking to build a seven figure business… while he was hoping that some day one day he would have that same ability. Of course it didn’t work… so he woke up, smelled the coffee, and started to put himself out there to speak. That lead to Toastmasters.

The capacity is now open. To speak in public. He is still not entertaining, or funny, that will come when he puts more effort to that effect.

He has written and published several books… also not entertaining and not funny. But he did it. 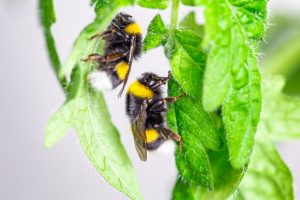 I read an interesting story today on the National Geographic’s website. Bumble bees bite the leaves of certain plants to force them to flower earlier.

This is exactly what you need to do to hasten the body’s DNA to release a capacity that you are targeting.

This happens all the time, except scientists are a narrow cone of vision bunch, unable to look around and see more of the world than just their miniscule territory. 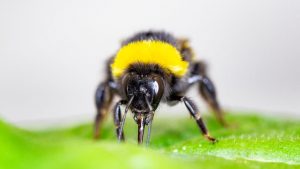 When the plant is given signals that it will lose its leaves, it goes into a tizzy to obey the Selfish Gene that is not interested in this plant as much as its offspring… and flowers are the key to plant species survival.

What triggered this article is this: I have two students who want to become entrepreneurs. 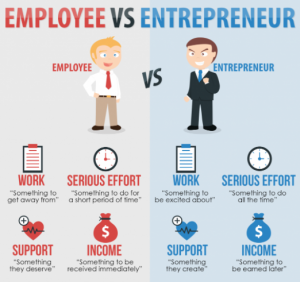 There are many definitions of what is an entrepreneur. One is that they are people who want to strike out on their own, relying only on their own resources, physical or intangible, instead of working for a paycheck. According to the dictionary: an entrepreneur is a person who starts a business and is willing to risk loss in order to make money.

I am an entrepreneur. I was always one… in a way. Always wanted to do what is risky, what is outside of the social norms, what needed me to rely only on myself. Neither of my parents, nor my brothers had the entrepreneurial bug… Maybe it was because I was a preemie and had to rely only on myself to survive? When I was born there were no incubators, at least not in the hospital I was born in. And then my mother didn’t bond with me… so I could not rely on her. For anything really. So I became this ‘wild child’, this Maugli… no wonder I am so attracted to the Jungle Book. 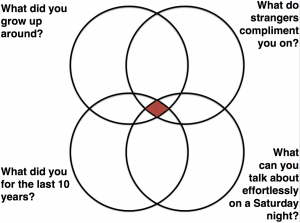 When I ask people in a session about finding your strengths and your Eulerian destiny, what did they excel as a child, most have no answers for me… they didn’t… or not many.

But that would be a great starting point. Ground zero. And they could build from there.

One of the students loved and created a fantasy football league, if I understand the game correctly, and became the hub of a lot of like minded boys.

What do you need to do that well? Surprisingly playing fantasy football is a real skill building game: you need to be able to tell the value of a player, foresee their performance in your team, join a league, see the value of money… An entrepreneur-maker, if the person hasn’t lost those skills from non-use yet.

Judging from his current performance, he occasionally shows the signs, but only occasionally.

Unless you truly appreciate what it took and what skills it built what you were good at as a child, you will consider yourself ‘skill-less” and will want to start from zero. That is a big mistake… a waste of real talent.

The other student also had something as a kid that requires a lot of skills. He was a funnyman. He was funny athletically and funny verbally, body language, facial expression.

He is in the same boat as the other student: considers his childhood talent worthy of wasting. He wants to learn something else, instead of building on what he has… albeit he is closer to building ON it… he wants to write for a living, and I am witness to it that he can be very funny in writing.

I have a third student who had a favorite activity as a kid: she built horse farms, and she is still good at it. My hunch is, she adopted a child thinking a child is like a horse… but a child is not like a horse, and nowadays she spends zero time doing the only thing that she does well… What a waste!

I am planning to do an encore of the What are your strengths mini workshop this coming Wednesday. To prepare for the workshop, you need to ponder and remember your childhood. What did you do? Something that made you stand out, maybe, and today you could start building on that strength, and start building a life you love.

You see, most people build a life on their weaknesses. And then they are surprised that they are not happy.

I was good at math in school… but it wasn’t a strength I would voluntarily use in my life.
I was, on the other hand, a natural entertainer: talked, danced, sang for applause. Indomitable. A real chatterbox. A pain in the rear end.

And I haven’t changed… when I am given the chance, I can talk…

My Sunday Rants are a great outlet for that: I am talking to a dude who doesn’t want to learn from me, but enjoys talking to me. We are different in everything you can imagine, and it is mighty entertaining… if I may say so.

And, of course, I teach in them as well… but not the dude… which gives me a license to teach whatever… not only what this guy would want to learn, so the calls are covering a gamut of topics. Fun for me… and I think, fun for the listener.

I create most of my programs in them too… at least the ideas.

If you’d like a sample call, from four years ago, you have an opportunity now. You can also subscribe to my weekly calls… your choice. If you subscribe, I’ll throw in that ‘famous’ call for free.

Get that unique Sunday call session
Why don’t I give it away for free? Mainly because I am very picky who I allow to listen… I am known to cancel someone’s subscription because it gets revealed that he is not someone I want to listen to my private calls.

So there you have it… I won’t allow any odd fly to land on my wall and observe me in my private… and I shouldn’t.

After you pay, I’ll vet you… don’t have any doubts about that. And if I find you not deserving, I’ll refund your money

4 thoughts on “What are your strengths? Do you know them?”