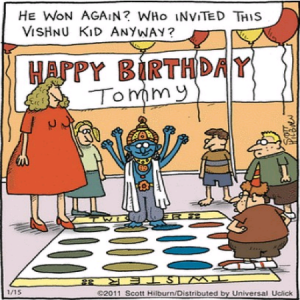 Before I do the webinar on inventing being a winner, it would be useful, wouldn’t you say, to distinguish what is winning, what is a winner, so you can choose to be that, or not.

So, I have been looking at everything through this distinction for the past few days, and I am starting to see things.

OK, a little bit about attention: attention is a physical phenomenon, and everything physical conforms to laws of physics. One law says: only one thing can occupy any one space at any one time. So, if attention is a physical phenomenon, it simply means that it can’t go wondering, it can’t go to your mind, can’t go to thinking about something else, it can’t be 360 degrees, it needs to be, like a flashlight, shined on what is the task at hand.

Not easy. Certain personality types, certain abnormalities make it difficult to keep the attention on one thing. Dyslexia is one of them. The attention is jumpy when the target of attention is visual. This is why I read lying down: I need to restrict the visual input to minimal, so that I can keep what I read and its image in the brain stationary.

I have found that when I pay attention, I can solve any problem, I can understand almost anything… and that is a winner’s world.

One could say that luck is important in winning, but that may not be the case.

Some guy wrote a book a few years ago. I read the book then, and was left with the gist of it: people who fancy themselves lucky get lucky considerably more often. It sounds like a self-fulfilling prophecy, but if I go deeper, which is my nature, to go deeper, the book didn’t do that… I see that even luck is about attention.

After I read that book I did an experiment. I was destitute at the time, no car, no money, no health. I changed my mind about being lucky… there is a sacred way to do that, I’ll teach that in the webinar.

Next day, as I was waiting for the bus, a car sped by, and something fell out of it. I hobbled to the middle of the road (I told you I was sick, didn’t I?) and it was an envelope stuffed with twenty dollar bills.

I had notoriously bad luck before, so it was proof positive that this happened because I changed my mind about my luck.

But was the car coming by at that time, because of that? No. Did they drop the money out of the car, because of me? No.
What happened because of that declaration about luck, is that I paid attention. I knew that luck may be missed if you are not paying attention. That opportunities are always there, but YOU are not there to pay attention.

And then, when I noticed that bundle, I hobbled out to the middle of the roadway, and picked it up. I normally would not do that, even if I noticed the bundle…

So, here is a little bit more to winners: they notice because they pay attention, because they are present, and then they take action to harvest the winning.

Not necessarily a big action, just an action consistent with being a winner, like picking up a wad of cash.

If you haven’t registered into the December 4 webinar, and you are intrigued, do it now. And even if it is past December 4, registering will give you access to the webinar replay, you just won’t be on the webinar live.

The webinar is about how to turn your life around on a dime, like I did with regards to luck back in 1998, a few months before my fateful surgery.

5 thoughts on “Being a winner… is it a matter of luck? What is luck anyway?”