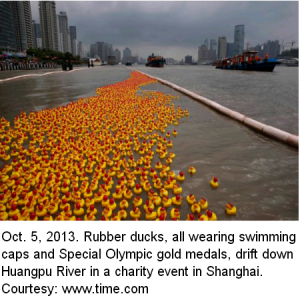 Why would a large majority of the human population refuse to receive the DNA upgrade?

In conversations with students, without ever asking their opinion about this, I have formed a view about the reasons why someone would not want the capacities included in the DNA upgrade of September 4.

It is hard to fathom… after all if you have more capacities, you can live more, love more, have more, enjoy more… but no, reality doesn’t work the way of imagination, not at all.

The easiest it is to see this unwillingness when we look at the capacities of love and caring.

Most of humanity lives in a state I call “driftwood.”

Driftwood is, according to wikipedia, “wood that has been washed onto a shore or beach of a sea, lake, or river by the action of winds, tides or waves. It is a form of marine debris or tidewrack… Most driftwood is the remains of trees, in whole or part, that have been washed into the ocean, due to flooding, high winds, or other natural occurrences, or as the result of logging. There is also a subset of driftwood known as drift lumber. Drift lumber includes the remains of man-made wooden objects, such as, buildings and their contents washed into the sea during storms, wooden objects discarded into the water from shore, dropped dunnage or lost cargo from ships (jetsam), and the remains of shipwrecked wooden ships and boats (flotsam).”

The driftwood state is the state of the logs when they are among other driftwood. If you imagine yourself as one of those logs, you can feel that you are two thirds of the way immersed in water, and you are surrounded with other logs just like yourself. There is no place that you can go, unless you climb over other logs/people, and even then, you don’t know how many more logs/people you’d need to climb over, to get out of the middle of the crowd. You can’t see anything in a distance, even though the crowd is moving. So you make the best of it with the surrounding logs… you call them family.

Every wooden log, including your family logs are encroaching on your personal space, trying to take away what you have.

You are threatened,, you need to stand your guard if you want to get anything out of life.

Now, ask one of this logs, you? if they want the ability to care? They will say “no way! I already don’t have enough, do you want me to give away that little I have?”

Because from the eye-level of the driftwood, that is what caring is. Giving away your rights, your everything to others.

The fear based resistance of that level disappears. You can see that neither caring nor love has any obligation to give anything, say anything, share anything. Those obligation exist only on the level of driftwood, and those obligations need to be put in written or unwritten law. because otherwise they would not be done.

But on the second floor level you see that no laws are necessary. You can see that no matter how many laws tell driftwood to love, it can’t, instead it is always in competition.

But there is no competition on the second floor, or at leas it is a matter of choice.

You can just love, you can just care. No action needed. Why? Because once you get yourself out of the water, you can see that you can respect another’s view, another’s space, another’s rights, without ever giving up anything of yours.

You can share, but you don’t have to. It is voluntary, and it is not even encouraged.

In 1947, two years after the Second World War ended in Budapest, Hungary, my father was in search of a bigger home. He found an abandoned, bombed out villa on Rose Hill. There was a police station on the first floor, but there were two habitable rooms upstairs. I was a month old. My father declared it his, and moved us, my mother, my brother, and me to Rose Hill.

A year later the Socialist Party won the elections, and they declared the end of private property, but the “allowed us” to live, repair, rebuild that second floor. We had to pay rent to the state.

In 1956, the state moved in a woman to our apartment, and we were forced to share it. She was a young woman with many friends visiting. My parents divided the apartment to two, paid for all the work, so that we can have some privacy.

I grew up thinking that caring meant giving up everything that was important to me to someone else. I know what that feels like.

As I rose my vibration, as I rose my consciousness, I realized that the view came from feeling like a victim, feeling like having no choice, being completely dominated by the view of the driftwood.

Today I care, I love, when I care and when I love. I don’t have to, I don’t need to give anything, share anything, give up anything.

This is what my energetic tools and my coaching help you do. Help you get out of driftwood, and climb as high as you are willing…