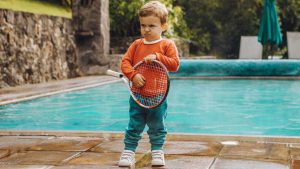 The drama triangle… switch up the roles!

The drama triangle is a useful model inside which you can examine, re-live, and heal any conflict.

Conflict is a nice name where what one person/company/group/country’s point of view, self-interest doesn’t agree with some other person’s or group’s self-interest.

It’s normal. But it is doubly normal for children. Small children. A conflict with the parents.

And the child always feels like the victim in that conflict, even if they happened to cause trouble, danger, harm, even occasionally death.

A young child will feel like the victim of the situation. The young child cannot see themselves as cause of anything, they don’t have a sense of self… they only have wants. And when the want is denied or ignored, the child experiences injustice, hurt, and feel victimized.

What is also normal but really not productive, not conducive for a person to become an adult, having access to adult capacities, is that most people remain a 3-year old in life, with only wants… and no ability to see themselves as cause.

And here is another wrinkle: they will, endlessly, repeat what they did at that early age, in that incident.

I was raped because of my naivete when I was about 3. I repeated putting myself in danger that way until I managed to go back and take ownership of what I did, and stopped being a victim. 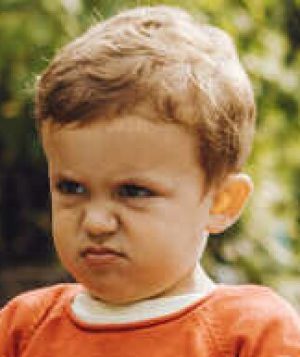 A student of mine insisted on staying in his father’s care alone on the hottest day in a tropical country. Then he couldn’t unlock the car and passed out. He is 40 years old and still repeating the scenario: taking on something above his abilities, unprepared on how to get out of ‘the car’ or the heat of the day, blaming his father on not rescuing him in time.

What makes one repeat a painful incident?

My hunch is: we all want to be right, retrospectively. I was right and they were wrong. And we never actually deal with life the way it is now, doing what life needs done… we are still on a quest to prove our parents wrong and ourselves right.

The drama triangle has three roles. No matter which role you are in at the moment, each role perpetuates the drama. 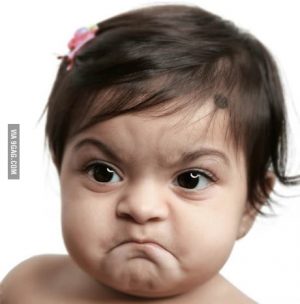 The victim, surprisingly, is always forceful. Not in the original incident, but later in life.

They didn’t get what they wanted, so now they are trying to force it. Hm… I just muscletested, and it says yes.

Forcefully causing the repetition of the incident, hoping that eventually they’ll win, and they will be right.

Another student had a younger sibling… and she didn’t get what she thought was her due, attention, undivided attention. Approval. No matter what.

She mentally left the family. She decided that she didn’t belong… and she has been pushing everyone away who wants to ‘adopt her’… even me.

I don’t have, currently, any peacemaker students… only forceful victims. 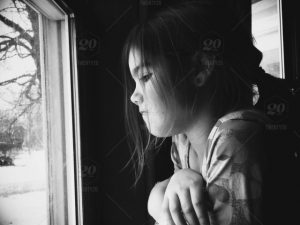 Yet another student, when little, had nightmares. She went, each time she woke up scared in the middle of the night, to her parents’ bed, waking them up, and not letting them sleep. she inserted herself where she was no business to be.

Today she inserts herself into conversations and situations where she has no business to be, forcefully, and is still upset that her ‘contribution’ isn’t welcome.

It took me a long time to see that there was nothing wrong in my original incident, or in anything really. I also saw that I was the instigator in a way in almost anything that ever happened to me, never the innocent victim I had fancied myself to be.

But it took me a long time.

And it didn’t come all at once. It came in bits and dribbles.

I was relentless. I still am. 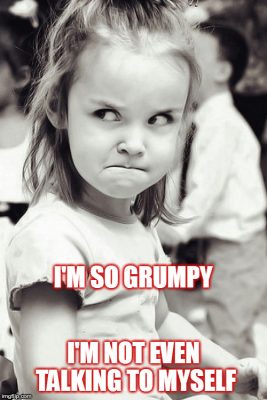 Maybe that is why some friends used to call me ‘pitbull’… If and when I managed to get my jaws on something, I didn’t let go until it was done… No more charge on it.

No more charge is called, in this work, ‘complete’. It is not an intellectual state, it is an emotional state, a beingness. Where there is nothing wrong, nothing missing, nothing to do.

It is not joy, but it is the only place from where joy can spring.

The more incompletion you can clean up, the more charge you can remove, the more joy you can experience.

I am working on exactly what I ask my students to work on, and my ‘soul’ is obeying and bringing up stuff that isn’t complete… yet.

It is not an accidental word choice: in court one party is charge with some wrongdoing… and the other party is labeled a victim. And then there are the prosecutor, the defense attorney, the judge… all discussing the charge… 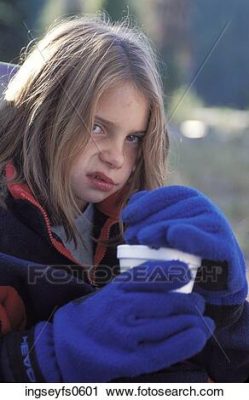 But ultimately life is not a criminal court… in life you can let go of the charge… and have peace, and turn your energies towards something more productive than being right, and making another wrong.

OK, back to the title of this article: I have found that if I can look at the situation from another vantage point, and really put myself into the shoes of the other, I can feel a sudden drop in the tension in my innards, and see things differently.

Warning: you can’t force this. Forcing won’t do it.

When I muscletest you, I can see that you are forcing, because in spite of your words suggesting that you have let go, your numbers don’t change.

The numbers only change when you had that drop, that involuntary sigh, that ‘yeah, it’s nice’.

99% of humanity is forceful about right and wrong… protecting themselves from joy.

Don’t be one of them.

Would you like to participate in a digging session, where we go back to your originating incident?

Starting next week I am available again on Wednesdays. My course is over.

If you would like to partake, please send me a token, so I know you are serious.

In a few weeks I want to have a workshop about designing your future self.

Most people live like their future self will be the same as it has always been… They alternate, they flip flop between their delusional, inflated ‘precious I’ and their down in the dumps lower than it really is “self’.

But your actions, your mood, your whole life responds best to an invented self, a self that you can grow into.

We call the process: inventing an Organizing Principle.

When you have done the work of clearing the future of your past… both your inflated and deflated self-image, your life can become a ‘wedding march’ to that new, invented future.

If you haven’t don the work of clearing the future of your past, this course won’t do it for you.

The almost free workshop revisiting your 3-year old self is to prepare some of you to be able to be in the Instant Coherence Solutions workshop, where we design an Organizing Principle for ourselves.

Now, warning: I will CURATE who can come and who can’t. Curate means: pick and choose…

Because my webinars are all working webinars. No observers are allowed. No ‘let me see what rubs off of me’ people are allowed.

If, by mistake one slips in, I normally boot them off the call… This is my life, and I am in control of it, to the degree I can be.

I recommend that you take the same stance with your life. Take control.

OK, too much talk…

If you are interested in being in my digging webinars, click on the button below. If I can’t accept you, I’ll let you know and will promptly refund your purchase

Get into the digging webinar
PS: I just got an email from a student in the Growth Course. In yesterday’s Growth Course session we were looking at exactly what I am talking about in this article…

He says: (In my childhood the perpetrator) …was not my father. It occurred to me this morning that my father was not hard on me. No, not really. Yes, he didn’t tolerate some behaviors, but so what. Truth be told: he wasn’t even around enough to be a tyrant.

I guess kids can be shittiest of reasoners. Even if my dad had beaten me frequently or had he raised his voice (which he did neither) why shouldn’t he have the room to be a person – unhappy, stressed out, uncertain, confused, and to make decisions with unintended consequences. I misunderstood love as someone who perfectly conforms to how I want them to be in every given moment. I see, I have been the tyrant. When I look at the cloud of bullshit I made up about my parents and then watch it blow away, I can see I had some of the most amazing parents anyone could have. Whatever my parents did or didn’t do had and still has nothing to do with me.

And, predictably, this insight pushed his vibration up a notch… a big notch.

It also gave me an insight into me and into my life:

…good catch that you were the tyrant… even that is not personal, as I am seeing as I am writing my article for today.

everyone is a little tyrant. I see even dogs and cats as tyrant: want to take over your life… baaah!

everything and everyone… wow, never realized that that is the reality I live in.

this is why I slept for years when my parents were working, and got up when they went to bed… to avoid the tyrants.

even now I am tightening up… thank you for that insight

If you had an illusion that being nice, or ‘not judging’, or eating good food will raise your vibration, and good things will come to you as a result, give those illusions up.

If and until you give up being a 3-year old and blaming everything and everyone for not being the way you want them to be, your vibration will remain low…

In the digging webinar you have a chance to at least see what I have to say about your 3-year old… Because anything you can’t see is eating your lunch.

Sign up if you want, and hope that you are up for it.

Get into the digging webinar