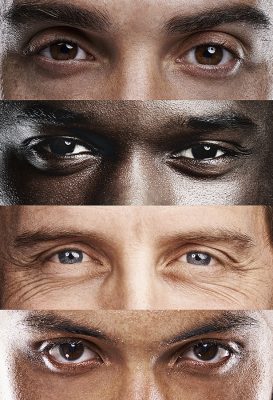 I got an email this morning from a student whose numbers are doing the macarena… up and down.

You can hear the exasperation in her voice… WTF? I am so good. I do the work. I don’t see wrong… so
What. The.F?!

Hear the emotion? Not sober eyes…

What is going on is shown by your emotions… the hissy fits, the yelling, the WTF. 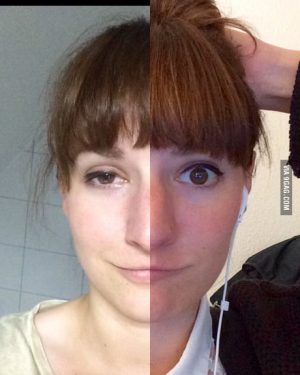 If there is a right way, everything else is the wrong way, no matter how much you say ‘nothing wrong’.

And if there is a right way, and every single person has some almost personal way to define ‘right way’, then the wrong is there, the superiority is there, and, listen up: you’ll never be free to CREATE a future, you’ll spend your life force on ‘doing things right’.

I am a Virgo. I like order… ALWAYS. I notice it all the time. I notice that I want to dot the I’s and cross the T’s, neat.

It kills creativity. It kills elegance. It kills joy.

And in Freecell, which is a really good representation of Life, it kills Life.

I forcefully need to stop myself, or in Freecell do control-z… reverse the compulsively neatifying actions.

I have recently read about permaculture, where you create your garden like forests are: a veritable hodge podge… the weeds protect the plants. WTF for me… My soul correction wants neat, wants to yank the weed out, self-righteously. Yeah, die weed, die… lol. Not really funny.

No sober eye there…

Attacking perceived ‘mistakes’ with a vengeance.

If there were a god, in which I don’t believe, god would have sober eyes.

Humans are upset about that. Many Jews abandoned religion after the Holocaust. If god could just watch all those things happen, then either there is no god, or I want to have nothing to do with a god like that.

But if there is a god, god doesn’t bring right and wrong to its work, it observes and learns. ‘Oh, that is how these humans operate? Good to know for the next game.’

But if you are an ordinary human, if you have all those emotions, you never learn. You can only learn when you have sober eyes…

It is never as important as when you look at your own life, to things that are important to you, things that have an effect on the quality of your life.

When there is high charge, high emotional charge on your looking and on what you find: it actually strengthen and deepens the ditch.

Even a non-empath can see it: you are angry, self-deprecating, somber… sober eyes allow you to see the funny, the weird, the silly… high emotional charge makes what it sees wrong… nothing funny in that.

Landmark Education says that one of the foolproof signs that you are running a racket, the machine-move that keeps you in the ditch, is that you don’t find the humor in the situation.

I still run some rackets…

Rackets are machine moves. The machine is oiled by the payoffs… and could be arrested by recognizing the costs and being unwilling to pay them.

One of my rackets is being bothered by my downstairs neighbors’ behavior. On the surface it looks like I want to be right about how people are supposed to behave (the right!)… but when I muscle test the payoff that tests yes is instead ‘winning/avoid losing’.

My downstairs neighbors are privileged: the woman is the owner’s daughter, and his live-in boy friend is the knight in shining armor and the white horse.

They’ve cut down my trees, pulled out my bushes, occupied my parking spot, blocked my access to the basement… and it feels like I am forced into being a loser… and I am not good at being the loser… a cowardly loser at that.

So I judge… at least I am better… lol.

If you really look, it is hilarious. The payoff is puny, while the cost is tremendous: I experience being a victim, weak, powerless, and a coward every time I judge them and their behavior. The loser’s only tool. Judging.

This is, by the way, why not moving house is a ‘little sh*t’ behavior, otherwise it wouldn’t be. Otherwise it is just living where I like to live.

Would I, could I be OK if I conceded that they didn’t take anything of mine, anything that I really needed? Muscle test says yes. Would it be a way to remove the ‘little sh*t’ label from not moving? Yes, says Source.

Same thing with my other ‘little sh*t’ behavior, not having my missing front tooth replaced.

I went down the victim route like a sheep. No excuse.

So if I wanted to let go of that little sh*t behavior, I would have to admit that it was all my fault… for being a sheep. Ugh… but I can do it. lol… painful laughter first, then chuckle. I am returned to power.

If you look what I did there, just now, in both cases, I removed the drama, and brought sober eyes to the situation, like a commercial transaction. You give this and you get that. I give up being a little sh*t and you give me peace of mind, and a return of my good humor. Good deal, if you ask me. I recommend it.

Am I done now? I don’t know. If the emotions come back, I’ll bring sober eyes to it again… until I am done. As long as it takes.

One more thing: this is so obvious this is why I didn’t think of saying this before.

When you go back and look at a past incident, you know well what interpretation you had at the time, and have stuck to it ever since.

The intellectual job now is to re-interpret what happened… in as many different ways as you can.

This exercise will help you have emotional flexibility.

One of my very first experiences of changing the story happened back in 1979… My boy friend, it seemed, cheated on me.

I took the topic to a group, psychodrama group, where we played out the story. I played my boy friend in the drama… and I saw the story completely differently.

This allowed me to stop being upset, hurt, and managed to remain friends with a really nice guy, who either cheated on me or didn’t… it didn’t matter between friends.

You can do it in a journal… it is not a requirement to have a drama group.

Ultimately, where we are going is creating a new future for you, a future that doesn’t keep on repeating the past. A new you. A new future.

But it is ineffective to do that before you empty the space.

What does it mean empty and meaningless? It pretty much means that you successfully emptied your life from right and wrong, the emotions, the strings that tie you to the cave.

That you can be outside of your mind, and look at things in reality, and bring sober eyes to the looking.

Then we can play with inventing different futures… different ways of being… different and inspiring futures.

That is where we are going.

And we do it, or at least start it by diagnosing your particular way of making things/people wrong, and making other things right… in the Digging Webinars.

Don’t expect it to be easy. People cling to their wrongs and to their rights as if they were life-rafts… Yeah, you. You do.

OK, here is the link to the Digging Webinars.

After you register, I’ll muscle test if you have enough energy to do the work. If not, I’ll refund your money.

Get into the digging webinar