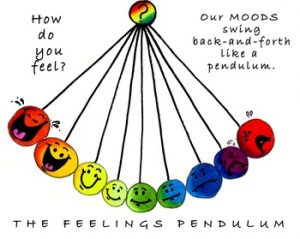 What is madness? There are probably more medically approved ways to say what I am going to say, but madness is simply when you interact with figments of your imagination considering it real or reality.

And it seems that it has taken over 70% of humanity… including my revered teacher whose teaching has caused me to finally make a living instead of getting by.

But he is a goner… in la-la land, his once 200 vibration is now dropped to 70. He rants and raves… and looks at anyone who thinks differently as mad themselves.

I was on two calls with him yesterday, group call. My stomach is still unhappy just remembering the experience. Sea-sickness… you get when the world you knew… land… starts shaking.

I haven’t checked the results of the election, but I don’t think I have to. 70% of humanity and 50% of Americans joined the asylum…

But until this morning it didn’t compute. Why? What is going on?

As usual, I was lead to an article that explained it to me.

I put the article in my text to voice software… Here is the audio. 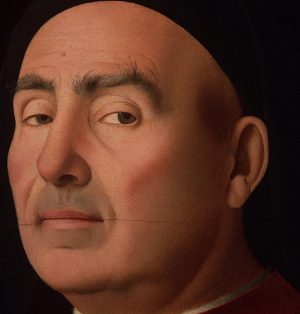 Truth be told, I didn’t know what the article was about, what attracted me is the incongruence between the face in the article I my memory of the German philosopher, Hegel, who I imagined old and decrepit… because of my personal history with him. But his face was smooth in the article… and so I had to read it to reconcile reality with my imagination… or the other way around, my imagined person with the real person.

and here is the article https://aeon.co/essays/hegel-and-the-history-of-human-nature if you prefer to read.

And if you wanted to read the book, Pendulum, which I am now forced to re-read… hoping it will now make sense, it’s here or on Amazon

Here is my comment on the Aeon article… you can like it and upvote it, but it doesn’t really matter…

It is rare, in fact this is the first time I read an article that explained to me really what is the reason seemingly sane people parrot b.s. as if it were the truth and look at me, like ‘what’s wrong with you, can’t you see?!” when I don’t understand, don’t side with them, don’t rant with them against things they are ranting against.

I had the good fortune to be part of the family of Jozsef Szigeti, the premier Hegel philosopher from the last century, and I must admit I never understood a word… even when I was the one typing up his son’s thesis… lol.

This article pointed out to me Hegel’s value in normal words… thank you.

Another thing: there is a theory and a book that said that there is a pendulum that is constantly swinging between individualism, the me-focus and the us-focus, I don’t remember in how many years it makes a full cycle… One of the authors is Roy H. Williams of Monday Morning Memo fame.

I just understood that… that we are in a passing age where it is all about the individual claiming that they create their own reality… b.s.

I teach self-growth, a kind of spirituality, and people come with that notion: completely delusional, and don’t understand why their results don’t conform to their ‘invented’ reality… as they shouldn’t… because whether we are completely aware of what reality is, or just partially, reality is real… and your story, your ‘invention’ is only real as a story… and the two shall never meat.

Thank you for allowing me to understand what is going on in the world, and what I am being heard from… why the echo rarely matches what I teach.

I am sad… and I am glad that I am old and don’t have to spend too much time in this dirty culture we live in right now.  end of comment

Because I am old, and because I was a thinker most of my life, I can actually talk with some authority about the past almost 70 years. 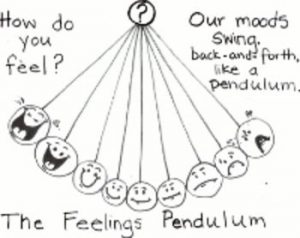 I lived through the cult of personality, The times of Stalin and Hitler and Rakosi… when if you didn’t agree with the reality of the figurehead, then you were as good as dead. The same exact period was the hysterical times of the McCarthyism. 2

Although my parents were members of the ‘communist’ party (it was called socialist party, by the way) they had their own opinion, and as a stupid little girl, a true chatterbox in love with talking, I repeated what I heard, so they stopped talking around me. I could have killed them…

Some people are sturdy and think for themselves. Not many. My business teacher is obviously not one of them.

What I learned from this article that is soooo counter intuitive is this: just like teenagers want to express their individuality, and end up being the same… the same is happening today with 50% of Americans, and 70% worldwide: your individual ‘opinion’, your take on the world and issues, make you the same: delusional, dupable, unable to think for yourself.

It’s interesting to me that I can learn useful things from someone who has gone mad… Although his last two books start to show his obsession… ugh.

He, by the way, has read some of this site… So if I come back sobbing because I got kicked out, please have compassion for me… lol. 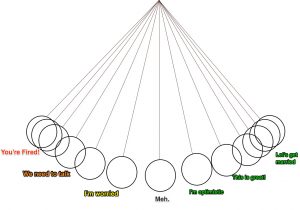 Anyway… what that book, Pendulum says, THIS TOO SHALL PASS.

In the meantime, like my parents did when I was a kid, don’t think you can reason with people who are in the nuthouse… unless you are there with them.

But if so, WTF are you doing on my site?

Just one more thing: I have two friends in the nuthouse… and because I talk to them weekly, I realize: there is no reasoning with them. Hanna Arendt was right: when ideology takes hold of your mind, you cannot think… at all. It acts like the Matrix. All individuality is gone.

OH, one more thing… The Anna Karenina Principle teaches that all extremes are sources of unhappiness. Both extremes are unhappy, no matter what the illustration shows on the top… Only when you can think for yourself and for the people around you, only when you consider the truth: that what you want may step on the toes of other people… and can let go, is when you can be happy… not like the madhouse people of our times.

If you are someone who is not in the madhouse… and want to actually use this time to grow… I recommend my new method of growing: Asking guidance from your future self.

If you like jumps… this is not for you.

The workshop is delivered online, and given that today’s session is full, you can apply to be in the next Wednesday 4 pm (NY time) session.

learn to get answers from your future self
Beware, that next session is almost full… I think there is room for one more person. I can only hold 7-8 people and be able to support you without dropping anyone… So if you have the inclination, sign up now. It’s dirt cheap… but if today’s session goes well, I’ll raise the price.