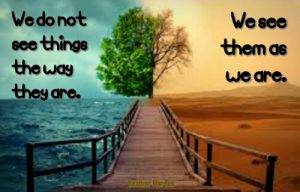 Secretly, of course, we want to be acknowledged what we feel is great about us… not what YOU think is. But because we, humans, don’t see who others are… we only see who we are…

When you have a coach, a mentor, a teacher, they tell you things… things they see for you. For your life, for your business, for your future.

As a coaching client I have ALMOST never had an interaction with a coach about what to do, where I had an experience of being seen, being heard, being considered a person.

Instead, when I looked, the coach gave me what he would do, what he sees to do… and completely ignored me, who I am, what I am up to. 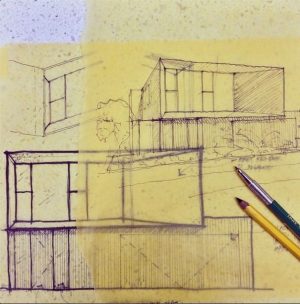 Even in studying architecture back in Hungary. The system was that you had a ‘tutor’… that wasn’t the name, I can’t remember what officially those architects were called… But you had one, and you met with that person, 2-3 times a week, and brought in what you designed…

Then the ‘tutor’ looked at it, and places thin tracing paper over it, whipped out their 4b pencil, and drew. Drew their own ideas inspired by mine… but my feeling was that they largely ignored what I drew… who I was. 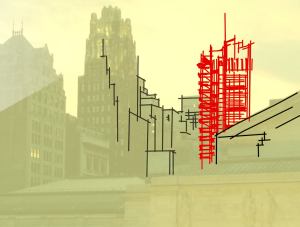 The finished product at the end of the semester was as much a reflection of them and it was a reflection of me… and when I graduated, and all during the five years, the question was always unanswered: Am I talented? Or was my ‘tutor’ talented? 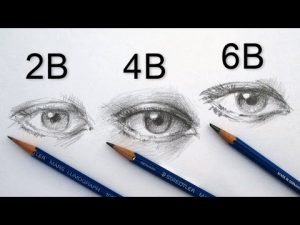 This whole issue is coming up, really strongly, because of the new course I am experimenting with: Get guidance from your future self.

Make a difference in the world, become a CEO, become a well-known and well-liked clothes creator, etc. Or just have a life they loved and lived powerfully. Live life with purpose and meaning.

Trust is a tricky thing.

If you look at that statement above, you only who what/who YOU are… trust is a reflection of how you see yourself, and how you have proven yourself to yourself.

When trust is low, you need someone who believes in you and who holds you up until you can hold yourself up. 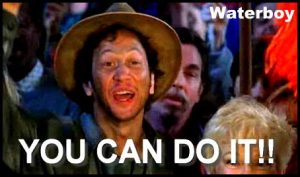 One of my defining experiences was when my millionaire friend who quit school when he was 12 and became a dishwasher, shared with me that what allowed him to climb the social and financial ladder was his mother saying: “you can do it”. so he could.

He imitated his mother’s voice, and it has stuck with me.

I have never had a mother-figure like that… so I say it, with his mother-voice to myself: ‘you can do it…‘ whenever I am discouraged… and it always works. It gives me the little push I need to actually do it.

Did the mother see him when she said that? Probably not. She probably saw herself, and that is what allowed her trust him and his abilities.

My most fervent ambition is to be that voice for my students and not that typical coach who will, like my architecture tutor, use the coaching call for self-aggrandizing.

My ambition is to place myself fully into them… the student, or their future self, and look and speak from there, until they manage to grow legs to walk on their own, and get the guidance without me standing in to interpret…

It is a very interesting experience, this future self process.

The participants gets into an altered state where their minds is taken out of the picture. Also the ego… both mind and ego are an impediment to connecting to the future self.

They connect, and because I am an empath, I connect with them, to THEIR future self.

That is the communication. The only thing remains is interpretation… The guidance to the participant.

So far, it seems, that the guidance is always about a new way to be… be trusting, be adventurous, be funny, be a man, be dancing.

You can turn it into doingness… but without the beingness it will be, I feel, an unsatisfying, yet another false start.

Future Self always starts where you are, and takes you gently to continue or move sideways… Gently. Gently, like the air conditioning guys say in North Carolina

I am, by nature, not a gently person… I learned to be ‘gently’… because just like myself, who I wanted to be seen, considered, matter, I wanted to feel that what I am, what I want, what I see matters… I know my students are like that too…

Just like I feel hurt, discarded, invalidated by not mattering to coaches, I know you want to be acknowledged for what you feel is good about you, and you want me to have room for what isn’t so great about you.

That is what it’s like to consider another person a person, not a thing.

Because 95-97% of humans live as an object in a world of objects, they can’t see you as a person. They see you as they are… 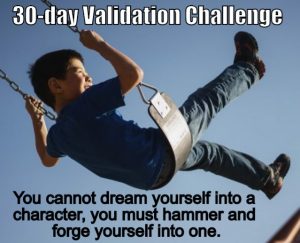 In my Validation Challenge where you have only one job: as you go about your life in the world and find something to notice, something of value, in people, whether you know them or not.

When people start out in the challenge, all they can see is what they don’t like. Then occasionally they can see something they like. That is still all about them.

The also want to get a response… they want what they say to land as flattering… that is also all about them.

Eventually, some of them will start seeing some value… just because they are looking hard for something to see.

Obviously, given the limited perspective of the human mind, you can only see what you are yourself…

Done over time, hunting and finding something of value to see, people notice that their affinity for themselves, their treatment of themselves shifts… and at least occasionally they are not an object in a world of object, but a person in a world of persons.

How long does it take?

Muscle test says: at least 90 days. Current participants in the challenge paid $45 to be in it… to be tracked every day, given feedback. 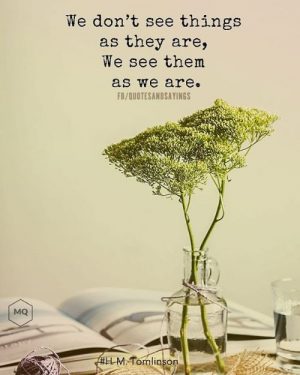 Should I extend it to 90 days? Muscle test says: yeah. Let me connect to MY FUTURE SELF and see what ‘it’ says: Its answer was weeping. weeping with joy, weeping because of being moved.

Is it a good financial decision? I don’t know. Not very… not if I consider that my rate is $250 an hour… or should be. But would I be willing to do this work free if it worked? hell yeah. Absolutely.

So shall I ask people to pay another $45 every 30 days? Muscle test says: yes.

Is it worth for the participants?

Hey, if it takes someone 90 days and 135 bucks to become someone who can live as a person in a world of people who consider you and themselves a thing… 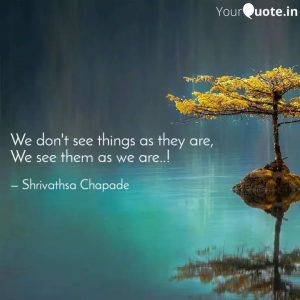 I’ve been living there for some time, and I can still remember the difference.

One of the things has been obvious to me lately, given the political climate of the United States: I can be friends with Trump followers, Trump fanboys and fangirls… who spout the same nonsense their fuhrer says in his many utterances.

And I can be friends with them. I gently say: let’s change the topic when they get on their soap box, and we can be friends. I can see the good, the valuable in them and have room for what I don’t consider valuable.

And that attitude, that ability carries over to many areas of life. I am the same way with myself: I now have room for my failings or imperfections. I can be friends with myself. I can be friends with the world, with Covid, with winter, with the deer in my backyard, with living in the fifth poorest community among large metropolitan areas in the United States. Syracuse, NY is also one of the most boring cities… suits me perfectly. I like what other people find boring… I don’t need outside stimulation.

There is a Hungarian song about Fanny Schneider who doesn’t want a red skirt, she wants a gigolo who would stimulate her… lol.

Yeah, I am no Fanny Schenider. I can live anywhere in the world and can be happy.

If I had gotten nothing else out of this, it would be still worth thousands, maybe millions of dollars.

So does it mean I am going to open the Challenge up to new people.

If you want to join the Validation Challenge, and are willing to do the work it takes to stay in it… i.e. look for things to value in other people and say so, to them… you can. 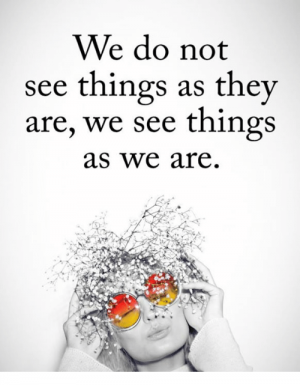 It includes activation of the ‘seeing value’ capacity, as often as it is needed.

No work: no results. The capacity simply turns off… it needs to be used to stay on.

Sign up to the validation challenge
it is a subscription, you can cancel any time.