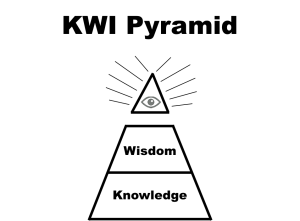 They say: Climb your way to your end goal, one insight at a time… Oh, you can’t? Not willing to be light on your feet? Stuck in your opinion and in your view of yourself and the world?

I had a group coaching session with one of my coaches yesterday.

He taught something that can be useful for everyone, not just marketers and business owners, like we all are in that group.

He made us draw a pyramid, and divide it to three tiers… The bottom tier is knowledge. The middle tear is wisdom. and the top tier is insight. (Insight is the glimpse you get behind the curtain, like in the Wizard of Oz, the insight was that Oz was a little old man… not a god.)

For businesses, the higher your product is on that tier, the less competition you have, and the higher prices you can command.

For an individual, getting higher vibration, better health, more productive lives happens through insights… not knowledge, and not wisdom.

Knowledge is commonplace… you can read a book, watch a video and then you know something. Mostly about something. And it.is.worthless.

I, for one, am giving knowledge freely away. All my articles will ever do is give you knowledge.

Why? Because, whether you know it or not, the Anna Karenina principle applies here:

To get higher in anything, you need to take away something.

I can give you billions of unit of knowledge and how to and wisdom, and you will still be who you are, miserable, wondering what your life is about, and this and that.

So, on the level of insight where most people have no competition, you or the person who you listen to gives you an insight, a glimpse into what is blocking you, what is robbing you of becoming all you can become, robbing you of a fulfilling life.

Here are a few examples Of insights that were life-changing for me:

I didn’t know that… Now that I knew that (insigh), I connected, like click… and I was connected.

Most people who come from a different cultural background fancy that they are already connected… that is why they are NOT connected.

At the same time I had millionaire clients who WERE quite stupid according to my standards. So I saw that you don’t have to be smart to make a lot of money. I decided to embrace that i was stupid… huge insight, and a huge correction in my path.

I could continue, but I hope you read at least one of these insights that made you see that insights are life-altering, when received.

A few months ago I was attempting to activate a spiritual capacity: FLEXIBILITY. Emotional, physical, behavioral, intellectual flexibility.

It was a huge failure.

Flexibility is what is needed to use insights to free yourself…

So what is in the way? A blockage. I false belief?

I know, you have heard all the charlatans say that blockages can be removed with energy. That is a lie. 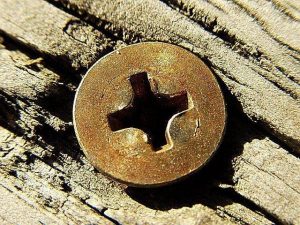 I used to have to remove rusted in screws from wood. It takes some rust dissolver, and diligent wiggling of the screw… sometimes for hours. But even that is not enough: you now have to actually remove the darn screw…

It is not always readily visible that there are this many steps, but in the 3-wishes exercise it is blaringly obvious.

The first step is to find the blockage… the second step is to wiggle it… and the third step is to summarily remove the darn blockage by putting something in its place.

Most people have a delusional belief that they can skip steps. In anything… including this removing blockages arena.

Result: you spend a lot of money and yet remain the same.

You get to knowledge, maybe even wisdom, but you never get to the insight…

Sometimes you are so comfortable with your blockages, you never think of what you would want to do if the blockages were not there.

You like being a little sh*t… dreaming of big results.

In your dreams you are a big person doing significant things. but in reality you prefer not to do anything, or not to do anything that would show you that you are not as smart, not as brave, not as special as you’d like to be. You are, in fact, pretty ordinary.

But did you know that all heroes are ordinary people empowered?

We are all ordinary. Me, you, everyone. Your gurus, your superheroes, everyone. Ordinary.

The difference is whether you are willing to get the insight, and then do the work to remove the blockages.

I have been having neck, shoulder pain in the evenings… so strong, last night I even popped a pain killer. I hadn’t had one of those since I broke my wrist two years ago.

When I looked, it was because I drink too much tea. So today, instead of putting two teabags in a cup, I’ll put only one. I just had one of those cups… it was fine.

Insight… the result will come from sticking with it.

I measure people’s health by measuring all the organs and functions I know of in the body. I also measure what way it’s best for them to eat, given their constitution. For example: I have weak stomach acid. But I like something in my mouth at all times.

My job, as your support, to ferret out how you can have your cake and eat it. I have solved it for myself, I can solve it for you.

My coach said: the solution to your weight problem is in the six inches between your ears. Sounds hokey, but what if it is true? What if solving the mismatch between your constitution, your personality, your body type and your habits is what’s between your ears…

Here is another little thing… For decades I was home and breeding ground for cow-mites. Those microscopic mites 30% of humanity has. You notice that they swipe at their face, at their ears, unconsciously. They wake up for no obvious reason at night. They are somewhat irritable, and they are mostly overweight.

I tried every poison known to me to get rid of them… and almost killed myself in that process. 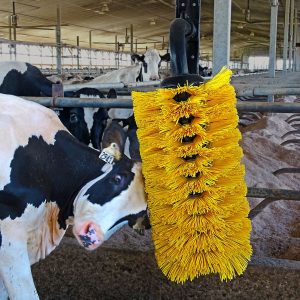 Then I saw an ad on youtube for a cow-brush, a huge brush they put in the middle of pasture and the cows scratched themselves with it. 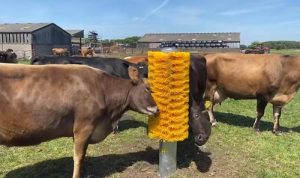 I have stopped eating what the mites like, and I haven’t woken up at night, haven’t been scratching any more.

An insight… and then changing behavior. That is what is the key to getting ahead of life.

Same is the case with the food list… while everyone is looking for the next superfood that will give you energy, you’ll take the million times more effective route: eliminate what robs you of your energy and vitality.

Almost 100% of the time you get better results if you look at what everyone is doing, and just do the opposite.

The world is designed to make you get more, buy more, consume more… while what works best is to just simply remove what is not beneficial, what is not on the side of growth, health, freedom, and become a winner.

It’s mid-November, and it is time to get a new Food list… winter eating should be different from summer eating… even in areas that are warm year around.

You should also get your health re-checked: if there is something growing inside that you’d rather not have, when it is caught early, it can be healed fast. Some things caught even just a month later are already not treatable by energy or diet… they need the knife.

Get your Health Measurements
You can also add your eating style, your food list… inside the same shopping cart… I’ve made it easy for you.