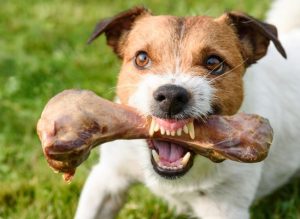 One of the problems that people in the Validation Challenge have is that they use the focused mind to look.

In the ‘learning to learn’ course we learned that the mind can be in the focused state and in the unfocused state.

OK, let’s look at the focused mind. The focused mind is narrowed in on what it’s looking at. Narrowing in may make it sharper, but there is no bandwidth, and it is trying too hard.

Also, the focused mind is very critical, of what it deals with and with yourself.

And… lastly, nothing outside of the narrow bandwidth is heard, seen, perceived. You can call it narrow minded… and that, if I understand it correctly, an insult. 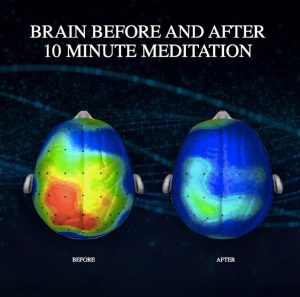 When you are in the focused mind state, you are literally moronic. Your mind acts as a bottleneck and not much will get through it. Just test it out and try to reason with someone who voted for the other presidential candidate in the elections… Or whatever division is in your country.

They can’t even hear you. Their minds made it impossible for a disagreeing idea to enter: it protects itself: it wants homeostasis…

But the same is happening to you when you actually want to hear or learn something, or, as in the case of the Validation Challenge, you want to see something.

You can only see what you have always seen.

In fact, your eyes are projectors when you are in focused mind state, and not perception organs. They project what you ‘know’ is there, or yourself…

So if you are smart, you see them smart. If you are stupid… or the opposite… that is another way projectors work: they highlight what is no match, but all inside systemic judgment, all inside black vs white, good vs bad. I agree/I don’t agree, I like it/I don’t like it. I believe it/I don’t believe it. 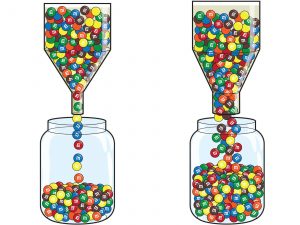 When I measure, in the Starting Point Measurements, how much of what you hear gets through to you, I measure this bottleneck function. Most people have only 1-2%. I once measured someone with 70% ‘flowthrough’ rate. Mine is 99%.

Why? Because I intentionally listen from a fuzzy mind… from an unfocused brain state… So nothing blocks what comes in.

I listened to a magnificent lecture all time great advertising man, Gene Schwartz gave to a publishing company.

He talks about Mozart… he had a technique to disengage his focused mind, so he can write good music. He, Gene Schwartz crates his sales letters from that state too.

I play Freecell… It makes me be in a fuzzy mode where I don’t resist anything, I don’t judge anything, The time for that is later…

My students, people I observe, hear something and like a dog with a bone, take it to the mind and disappear from the conversation…

I talk to a dude every Sunday who only goes to that place a very few times in a 90 minute call… and the rest of the time I can hear the echo of what I said. It is very rare, especially because I normally talk about things that are beyond his understanding.

What? Yeah. And because of his self-image, he won’t say: Stop, I didn’t get that… So I really need to pay attention to the echo that gets fuzzy occasionally.

One of the reasons I don’t like to do lectures is because when there are many people, I can’t hear/feel the echo.

I have a coach who needs to see the echo… on his calls I get on my camera, reluctantly, to be the echo for him.

I look eager on the camera. I look as if I were focused… but in fact I am in fuzzy mind mode. The rest disappear or not there 60% of the time… blank eyes, nobody home, no one present, whatever is being said right now isn’t heard.

I even take notes… but even that I do in a fuzzy brain mode.

Why the difference? When I am on video, I am somewhat self-conscious. I am also distracted by seeing other people on video… So that mode is not my favorite: I know that I am seen.

It is harder to be out of the mind when others can opinionate about you… Especially if you know that you are not pretty, like I do. So self-consciousness, fear of being judged also serves as a bottleneck. 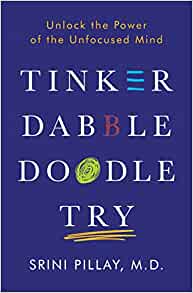 It’s hard to be silently brilliant. Lots of thoughts occur when you open your mouth…

So it’s about two hours later… I had a 90 minute conversation with my long time friend… We’ve been talking on the phone every Sunday since 2007 when we met in Pam Ragland’s course. Have Anything. By that time I was able to connect to Source… Creator, whatever you want to call that energy… so that course was a good thing for me… Not so for Mike, but we continued talking… and here we are 13 years later still talking.

Anyway, I use these Sunday conversations to make giant leaps in my work, in my thinking, and to ask questions I would not think of asking on my own… and I did that again, today.

One of the things that I discovered is that every single person on he planet COULD look at another person as a thing… but they won’t.

It is the result of stinginess and ‘wrongful’ pride.

Each and every one of us has a difficult time admitting that something or someone is bigger than us. And that includes your favorite god, your favorite everyone… you won’t allow them to be bigger than you. You cut them down to size… and depending on your inclination, may even trample on them.

It boggles the mind… but Source says: this is true.

And this is what prevents you, this is what stops you from having any reverence for literally anything or anyone.

Seeing and treating another as a person would require you to be generous, and humble… a near impossible task, given the animosity and anger you feel towards your parents, towards others for treating you like a thing.

1000 people on the whole planet… among eight billion people.

Unless someone treated you like a person when you were a child, like a person, as my father did, you have lived your life like a thing.

Until then the soul, the spirit is suffering inside you, like in a prison. 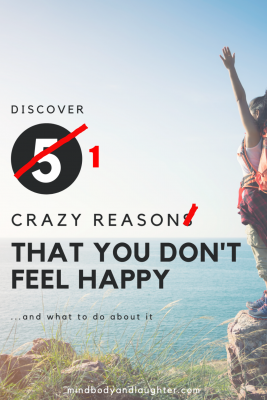 Curiosity, generosity, caring… caring about how the other feels.

Not the direction the world is going, is it?

I have quite a few students. One ALMOST sees me as a person, because I REALLY see him as a person… But he noticed it only about a week ago… and it has been softening his resistance.

The rest, they consider me equal, a thing among things, and not a person, and not someone who is more than them… no reverence.

What they don’t know, and don’t believe is this: when you grant beingness for another, you, for the duration of that connection, you also get back beingness, personness.

Only persons can experience what joy is, what fulfillment is, what loving life is.

In 1998 I had a medical emergency, and the surgery didn’t go well. I came out of it with occasional horrible vertigo, and a dimming of my intellect: I could not add or subtract small numbers, I was literally moronic on things I learned in elementary school, while some of my intellect was untouched. I had a brain damage.

I had to make a living. I had some experience and knowledge to offer my services as a massage therapist, and I did that for the next 10 years, even when I regained some of my brain functions.

One of the things I did when I started is decided who I was going to be as a masseuse.

I was going to see every client as a person, and love them as a person.

Why? Because they deserved it? I didn’t care. Some of them didn’t behave nicely… and yet.

I did it for myself. I didn’t think becoming suddenly a thing among things, spending my life with things, being a thing, would appeal to me.

So, true to my word of a few years earlier, when I said: There is no way I am going to be anything less than magnificent, I lived true to my new word: treat everyone with respect, because they are a person… with feelings, wants, desires, pain… and because otherwise I become a thing too… not magnificent, for sure.

This is what paved the way to what we are attempting now: turning YOU into a person who sees persons around you.

Is it doable? Is it possible? I don’t know. But it’s worth trying.

In the new Transformational bundle, bundling three programs that I have been running, but separately, I want to create an intense immersion experience to take advantage of the synergy these programs allow.

It’s not for everyone. It requires commitment, and a strong desire to live like a person… not a thing.

We’ll just allow it to come out.

Learn more
The three programs it encompasses are the Validation Challenge, the Getting guidance from your future Self, and the unexpectedly effective digging method, the 3-wishes exercise that little by little helps you remove what is sitting on the top of your spirit… squashing it.

If you register before midnight tonight, the program will include two private one-on-one call with me… normally a $500 value.

The calls are for whatever purpose you need: to get to the REAL thorn in your side, or to catch you up if you are a latecomer.

The first call inside this new structure will be on Wednesday at 4 pm: the Future Self workshop.