This is an article partially rewritten by me. It is from Rob Brezsny from his book, Pronoia… with my notes, annotations…

He describes, through the “apocalypse” the relationship between the pedestrian (driftwood) way of living and the living on the higher floors… pretty much what I teach… Although his language is a lot more lofty, a lot more “spiritual,” but he expresses what I am trying to say, maybe better than I do. 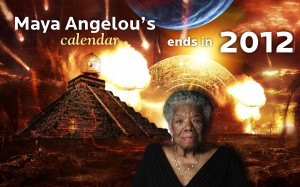 Some “visionaries” and “prophets” expect a huge and sudden shift in the world’s story sometime in the coming years. Most predict that it will be a sudden cascade of events that completely changes everything everywhere.

They paint the scenario in broad, catastrophic strokes, expecting something — they’re not sure what — that will have the impact of a large meteor strike or nuclear war or pandemic disease or the depletion of the planet’s oil reserves. Others harbor a more benign but equally fuzzy expectation, speculating that maybe some higher psychic powers will kick in to the multitudes all at once, or that benevolent extraterrestrials will arrive to solve our energy crisis.

What very few of the prophets do, however, is make a precise prediction about what exactly will happen. Their visions contain no assurances, no specifics. And in my view, that’s worse than useless. It fills us with a vague buzz of fear or amorphous sense of hope, but offers no concrete directions about what to do to prevent the dreaded thing or help create the hoped-for thing.

And the fact is, as I see it, they can’t possibly know what the Big Shift is — if, that is, a Big Shift is really looming. The very nature of any Big Shift will be so unexpected, so beyond our imaginations, and so utterly alien to what we understand, that we can’t possibly delineate its contours in advance.

I’m reminded of Jung’s formula, which is that we don’t so much solve our problems as we outgrow them. We add capacities and experiences that eventually make us bigger than the problems.

This theory can be applied in reverse: If we have not yet grown wiser than our current predicament, then we can’t see what the evolved state is beyond the predicament. Our minds are as-yet incapable of seeing what will take us beyond the problem we’re stuck in.

When the Big Shift comes, whether or not it comes in the twinkling of an eye, it will be something that no one foresaw, let alone described in detail. It will be beyond our comprehension, unlike anything we could have visualized. (Thirty years ago, did anyone imagine the Internet or the impact it’s having?)

And if that’s true, then your conclusion should be: There’s no use trying to plan ahead for it. It’s counterproductive to hold a particular scenario in our mind as the likely development. And it’s downright crazy to harbor a chronic sense of dread about an unknowable, unimaginable series of events.

The best way to prepare for a Big Shift is to cultivate mental and emotional states that ripen us to be ready for anything: 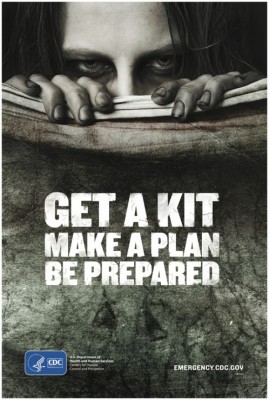 Everything I just described also happens to be an excellent way to prime yourself for an always-on, simmering-at-low-heat brand of ecstasy — a state of being more-or-less permanently in the Tao, in the groove, in the zone. I would call that joyful living. It is possible: that is where I live.

Now, although everything that is written in this article makes sense to most people, acting on any of it is beyond most. Why? Because the words “make sense” simply mean: your mind agrees (or not if you say it doesn’t make sense).

But your mind is not your enemy. So when you go to the question “does it make sense?” you are already lost, you already trashed what you read, and it won’t make a difference for you.

The mind is like a library of what has been said… not the truth.

In hindsight, it is easy to see that the people 100 years ago were myopic. But don’t you think that is true about YOU today, if you have a closed mind and you think you know everything? If anything bad will ever happen, big or small, personal or global tragedy, the people that can rise above the pedestrian level of knowing, scrambling, fixing, moaning, trying to get a positive angle, whitewashing, denying… etc. will live, and the rest will perish or be driven to permanent slavery. Most are already there.