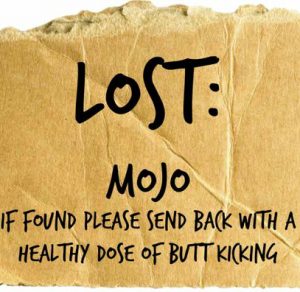 When I look around I notice that you, people have lost their mojo. They look and sound like they have no energy. I did too until about a week ago… until I did what I needed to do to get my groove back.

I got aware that I was losing my mojo myself because I just wanted to sleep. And eat chocolate. And read thrillers.

One of my coaches has decided to publish a monthly book subscription. A physical book on mastery. Not on the kindle, not in pdf… no, a printed perfect bound book.

And although the topic interested me, and although I can afford it, I decided that I didn’t want it. 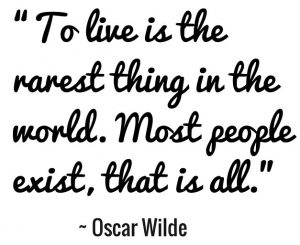 I noticed that I lost my mojo, my enthusiasm, my desire to grow

I didn’t want a physical book. I don’t want anything physical.

The other day I got a swag… a coffee mug with his logo. I didn’t want that either.

I am watching my reaction. Dislike. Being bothered. Hm.

I wonder if you are the same way.

Yesterday I sent out a mass email, to everyone I have an email address for.

My brothers called and wanted to talk, and we talked. Not like siblings, but like thinking people. I liked it.

Several of my readers responded with a detailed analysis of their year, the one just ended yesterday.

I have only one thing on my bad things list: no exercise classes. That’s it. Lots of good things… but you have been hearing them, so I won’t go into repetition, but to summarize it all: I personally grew more over this past year than any year before. But to me even more important: I developed my life’s work further than expected in a year, so now it is nearly complete.

Hm. When I ask MY Future Self, future self agrees. And when I ask, but how do I deliver hope? Future Self says: BE HOPE.

Almost anything future self can say sounds nonsensical to everyone other than the person whose future self is speaking.

But it makes sense to me. It says: become hope yourself, numbnut! lol.

I wasn’t sad. I just didn’t see any hope for better.

That was missing for me, and so I buckled up, set out to turn it around. 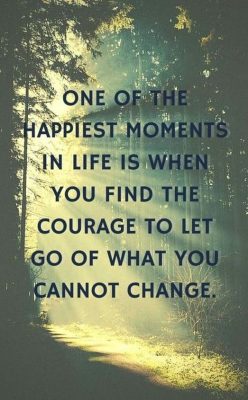 Waiting for circumstances to change is for sheep, for fools, for children… not for Man.

You can pull yourself up by your bootstraps, not literally, of course, but figuratively.

I am not quite there, that is why Future Self said: start with yourself… duh.

I am 70% on my way to be hopeful, positive, and fully energized.

As everything that works, this process is counter intuitive.

You are tired, so you think you need more rest, more sleep, but the opposite is true.

You need to rest less, sleep less, and challenge yourself.

So I started to get up earlier. I set my internal clock to get up at 4 am… Then I even bought a light-alarm-clock. It starts the light at 4 am… and by 5 am I actually get up.

I am resetting it for tomorrow to start at 3 am. It seems that my internal clock, if I am still asleep at 4, won’t let me get up before 5. Let’s see what it does when the light starts to come on at 3. Eventually I’ll find the sweet spot.

I am reducing the amount of sleep I get by enforcing getting up. The goal is to get under 7 hours a night, no napping. 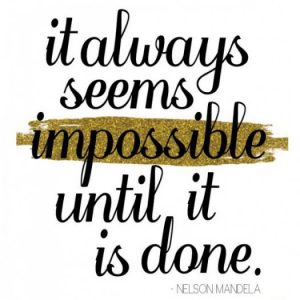 Now that I am somewhat successful at that, I am starting a second activity designed to invigorate me: exercise.

I have an exercise video I like and have used successfully in the past. I have it on a standalone DVD player, yes, I still use that, and my loft is carpeted upstairs, so I have set it up there.

10-15 minutes a day… no big deal… but my energy level, I am sure will be through the roof.

Every time I made big, dramatic and positive changes in my life that needed a lot of energy and motivation, I raised my energy level by exercising. Two of those with this exact exercise video. 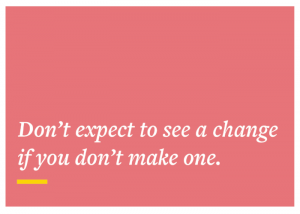 Are you wondering what this future self b.s. is?

There is a theory that past, present, and future are all there all at the same time. Don’t ask me, I am just repeating what someone else said. I don’t understand it either.

I also don’t understand a lot of other things, but that doesn’t stop me from using it… so that is the secret. Understanding is the booby prize… using it where the value comes from.

So if the future is already done, and there is me in the future, then that future me already knows what she did to be happy, fulfilled, joyful, successful, whatever.

Of course you could have a dozen or more future selves… total failure ones as well.

Another good use would be to ask that utterly miserable future self what she did to get there… and you’ll get an answer that is just as enlightening, because now you know what not to do.

Let me test it… Future Self, what shall I not do, so I won’t be an utter wretch? Oops, I asked the wrong future self… Let me ask the wretched one… Wretched Future Self, what did you do to get to where you are… wretched? 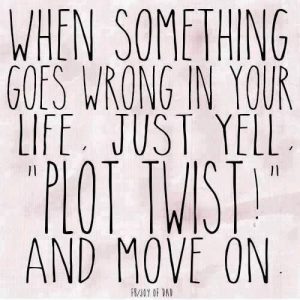 Wretched Future Self answers: I just lied back and waited for the good things to come to me.

Oh, that is what you are doing? Stop it!

Yeah… not doing what lead your wretched future self to where it’s at is a good idea to avoid… but it is still a better idea to ask the happy, successful future self for guidance.

A group of us do that every Wednesday.

At this point I am the translator. Future Self doesn’t talk… Future Self seems to communicate non-verbally.

Because you, at this point, can only hear what you have already heard… everything new is filtered out. This is even true with my long-time students: when I translate the non-verbal guidance to them with words, they immediately say: makes sense.

Here is an example: one of students likes to write. Stories.

But writing stories is not what Future Self did… writing stories will not make you fulfilled and happy and make a living… not in a crowded marketplace, where if you are a man, 90% of the readers say ‘pass’ and buy a book written by a woman.

What?! Yeah. I am observing that now 90% of the books that get five star reviews are written by women, and read by women.

I personally avoid them like the plague. Whatever the majority does is always wrong… so go the other way. And I do. But it is becoming harder and harder to find a book that is readable… and worth my time reading it.

So in today’s politically correct environment a man who is just learning to write is not going to succeed. 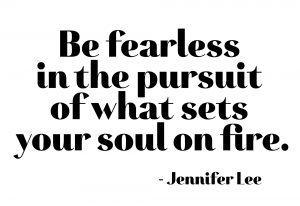 Today just doing what comes naturally will not make you a living.

But his interpretation of what Future Self said: write more stories.

If it is easy, that is not what Future Self meant. Future Self didn’t become successful and happy because he/she did what’s easy.

Waiting for circumstances to give you what you need, to give you excitement, joy, love, whatever.

You need to grab the bull by the proverbial horn, and do what is difficult.

Another student started something hard a few months ago. For a while it made her top of the class… even though what she did wasn’t even related.

But she keeps on repeating and now her numbers have dropped. And yes, I measure a lot and frequently, so you always know where you are, and which direction your numbers go. 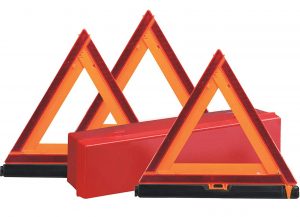 I also do that in the area of health… an early warning signal detector… you could call me.

If and when you catch yourself early, the remedy will be short too… short and fast.

Some people have depression that has lingered since they were very young. You may be like that.

I could suggest that you come to a Future Self workshop, but I won’t… I don’t want you there unless you have already halfway out of your funk… Half way… not just began.

So what shall I offer you that I am 100% sure is going to help you?

I know, I know… the Heaven on Earth Remedy… or the audio.

And because I don’t have the correct labels… it will come with the Sleep Rescue label… because those I have. But what will be inside the bottle is the correct energy remedy… all the Bach Energies… that zap all the ways you keep yourself from moving.